“Excellent place”
RlhIXzU0XzA1ag==
other travelers have booked this property

Review of Lovely Huge Deluxe in the Best District of Lisbon 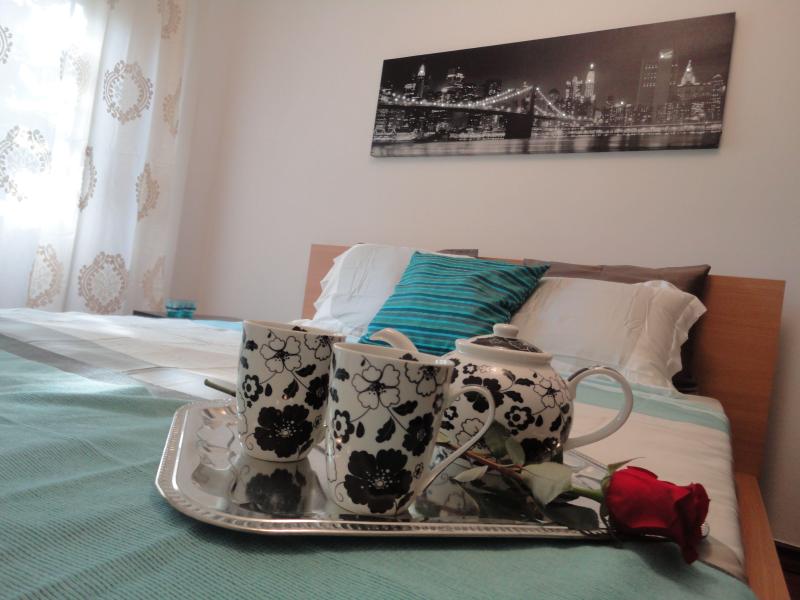 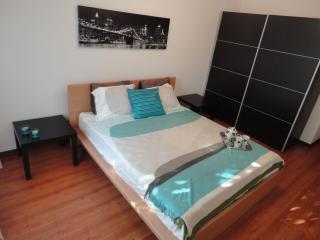 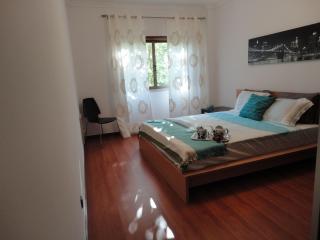 Very good - based on 35 reviews
Write a Review

This apartment is 5 star. Big rooms , lot of space, its ideal for groups. Location is good as well. Big thanks to Irene.

Date of stay: November 2016
Traveling group: Friends
Would you recommend this hotel to a friend?   Yes.
Recommended for:
Was this review helpful? Yes
This review is the subjective opinion of a TripAdvisor member and not of TripAdvisor LLC.
Thank you for your review - it was great to have you stay :)
This response is the subjective opinion of the management representative and not of TripAdvisor LLC.
Problem with this review? Thank you. We appreciate your input.

We stayed in this apartment for a week in August with two adults and two children. We chose this apartment because it was quite large and has three bedrooms meaning our children didn't need to share.

The owner met us when we arrived and was kind enough to show us the apartment and how to access the secure parking (which is around 100m away from the apartment itself). The accommodation was clean and well presented and although clearly some of it had been recently renovated (e.g. the bathrooms were very nice) some of it was quite dated (e.g. old metal shutters on the kitchen window, very odd front door lock).

The apartment complex itself seemed like it wasn't very well maintained, the code for the front door didn't work most of the time and the key lock was damaged and difficult to open until to get the hang of it and one of lifts was out of order.

The kitchen was fully equipped and quite usable with an oven, microwave, toaster and fridge freezer. There was a very odd selection of mismatched cups, plates and bowls which could use sorting and replacing. The layout is also strange as one bedroom and the living/dining room is at the front while the kitchen and the other bedrooms are at the back.

The internet access in the apartment worked really well and our children enjoyed being able to play on the laptop and watch Netflix.

The apartment was very close to public transport (both the bus and the tram stops were nearby), but this also caused a problem as the tram runs 6am until 11pm and is very noisy. There is also some noise from the street itself and we had to move to the back bedroom where it was quieter and give our daughter the front bedroom (she sleeps through anything). Even in the back bedroom we did suffer from noise from other apartments until past midnight, but it's perhaps only a problem if you are light sleeper.

There is a very nice park nearby which our children enjoyed and the local supermarket is a short walk up the hill. We did find eating out in the area difficult as most of the restaurants only less local food which some of the family were not keen on and so we tended to catch a tram or drive into the more popular tourist areas to find a wider selection.

Lisbon is a really interesting city and this apartment is in a great location to head off and explore.

Date of stay: August 2016
Liked best: Massive apartment, easy access to Lisbon
Liked least: Noise, lack of tourist friendly restaurants
Traveling group: Young Children
Would you recommend this hotel to a friend?   No.
Recommended for:
Was this review helpful? Yes
This review is the subjective opinion of a TripAdvisor member and not of TripAdvisor LLC.
Problem with this review? Thank you. We appreciate your input.

6 helpful votes
“Fabulous location and a great place to stay in central Lisbon”
Reviewed August 3, 2016 for a stay in July 2016

So very pleased we booked this place. It is a very good sized clean apartment with an exceptionally large kitchen and nicely decorated. Perfect for families and even those with little ones, Irene has provided a cot and highchair. We have two teens and they enjoyed all the space this place offers.
The location is residential but central and there are many nearly restaurants and cafes. We ate in the restaurant directly next door and it was very good and cheap by most European standards. The sights start just a 100 m or so away with the Basillica. It is actually really easy to walk to many of the major sights and squares, but you do need comfy shoes as touring Lisbon on foot involves lots of ups and downs. If you don't want to walk too much, then there are trams and buses outside the apartment, the metro station is a 10 minute walk, but you can even catch a bus there.
I agree the front bedroom is noisier as it overlooks the main road, but our teens found the back two bedrooms very peaceful - to the point we had to wake them up to see Lisbon! But if you really don't want any noise, then you don't stay in a city centre.
Irene is really friendly and helpful and provided us with a good list of recommended places to eat in and visit.
Highly recommend :)

Date of stay: July 2016
Traveling group: Teenagers
Would you recommend this hotel to a friend?   Yes.
Was this review helpful? Yes
This review is the subjective opinion of a TripAdvisor member and not of TripAdvisor LLC.
Problem with this review? Thank you. We appreciate your input.

Irene was a fabulous host providing us with a really useful guide book on things to do nearby and local amenities and was great at responding to any questions we had.
The apartment itself is in a great location and is huge!
One minor cautionary note for light sleepers who like to stay in bed post 8 am is that the stunning trams can be noisy! But this is only a problem from the bedroom on the street side - the others are super quite.
Would happily recommend!

Date of stay: June 2016
Traveling group: Friends
Would you recommend this hotel to a friend?   Yes.
Recommended for:
Was this review helpful? Yes
This review is the subjective opinion of a TripAdvisor member and not of TripAdvisor LLC.
Thanks Alex to stay in my house and treated like yours.

Irene
This response is the subjective opinion of the management representative and not of TripAdvisor LLC.
Problem with this review? Thank you. We appreciate your input.

We travelled as three singles. We loved this location as it was handy to transport and some nice restaurants without being in the hub of things. There was plenty of places within walking distance as well including a lovely park and the basilica. The unit is really large so we had lots of room to move around and were very comfortable. Would definitely stay here again

Date of stay: April 2016
Liked best: Location
Liked least: the kettle did not switch off automatically
Traveling group: Friends
Would you recommend this hotel to a friend?   Yes.
Recommended for:
Was this review helpful? Yes
This review is the subjective opinion of a TripAdvisor member and not of TripAdvisor LLC.
Hi Nicki,

Thanks very much for choosing my house. :)

Irene
This response is the subjective opinion of the management representative and not of TripAdvisor LLC.
Problem with this review? Thank you. We appreciate your input.

Great location, close to all modes of public transportation. The owners, Irene and Rui, were very friendly and helpful and live nearby if needed. The rooms are large and the house is well equipped. It is a secure building close to the Basilica and one of the most beautiful parks in Lisbon.

We were there for two weeks and thoroughly enjoyed our stay.
Lisboans are wonderful people; they have a beautiful spirit, are very polite and eager to help. Most speak English and two or more other languages.

We would definitely stay there again and may be going back next year. Dale

Date of stay: October 2015
Liked best: Proximity to Basilica
Liked least: Taxi Drivers
Traveling group: Other
Would you recommend this hotel to a friend?   Yes.
Recommended for:
Was this review helpful? Yes
This review is the subjective opinion of a TripAdvisor member and not of TripAdvisor LLC.
Problem with this review? Thank you. We appreciate your input.

2 helpful votes
“Great Apartment in a Great Neighborhood”
Reviewed June 9, 2015 for a stay in March 2015
1
person found this review helpful

We drove a car to Lisbon and this apartment was near everything that we wanted to see. This apartment was big enough for my family (two adults and three kids). The neighbourhood is great and there are several restaurants within walking distance. I would stay here again!

Date of stay: March 2015
Traveling group: Teenagers
Would you recommend this hotel to a friend?   Yes.
Was this review helpful? Yes
This review is the subjective opinion of a TripAdvisor member and not of TripAdvisor LLC.
Problem with this review? Thank you. We appreciate your input.
Previous Next
1 2 3 4 5 6
Updating list...
Still can't find what you're looking for?

Looking for a place to stay in Lisbon?
View all 2,204 vacation rentals