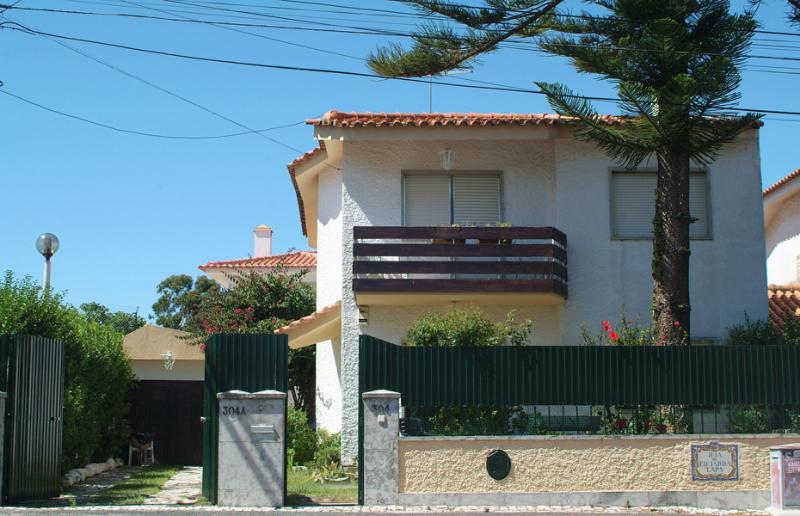 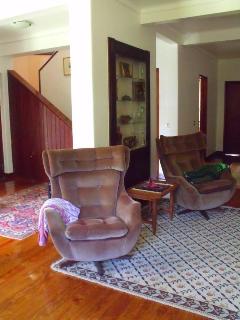 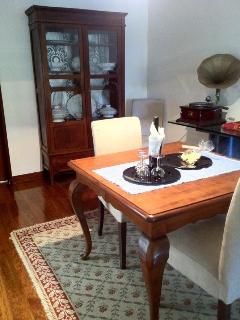 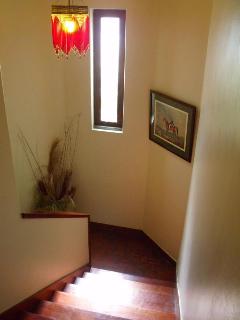 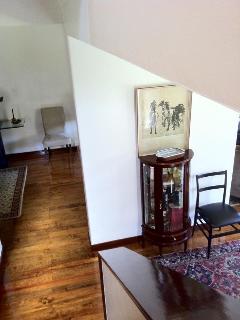 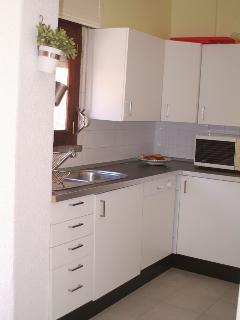 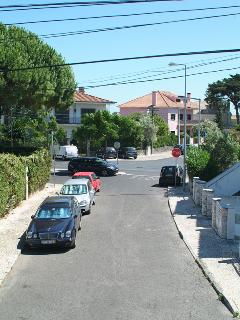 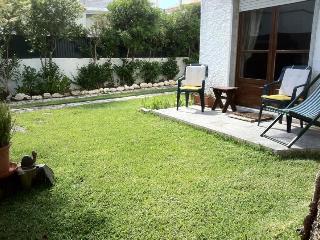 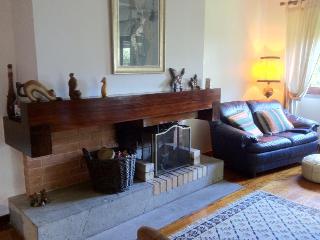 Average - based on 3 reviews
Write a Review

This is a lovely villa, in a cul-de-sac, so not so noisy with traffic.10 mins walk from Sao do Pedro train station.I've given it 3, not because of the house itself, but more because the description caused us some bother-with sleeping arrangements, otherwise it would have been 4.
Small garden back and front, well kept. Back area is paved, with plastic table/chairs to catch your tan.
The house itself has lovely wooden flooring and stairs.
It was musty when we arrived.Opening all windows+doors helped to air it out.
The landlady -Lurdes or Maria- was helpful much of the time. The description online was not accurate-for example no internet access, though it says there is.
The description at the time I booked said 2 double bedrooms, 2 single rooms.It should say 3 double beds in 3 rooms, and 2 single beds in one small room.This did present us with a problem, as there were 8 of us, mostly not couples, and I was told it wasn't possible to have twin beds instead. The single beds were quite small, less than the standard 6'3'' I would say. 2 of the double beds were quite hard. The last double-bed upstairs was fine, and in a large spacious room.All had hanging wardrobes-all musty. This could easily be changed if it was aired more often. The single room-with 2 beds would be OK for kids, but cramped for 2 adults. it says can sleep 9-there aren't enough beds.She said she could bring more mattresses, at a small extra charge-35€ per week.
One of the toilets upstairs blocked easily. Thankfully someone spotted the chemical 'dissolver' in the kitchen that did work, though created a strong chemical smell for a few hours. The other problem was the gate.The small one would sometimes be impossible to open-the mechanism just needs oiling I presume. We had to cut extra keys, as there were many of us, with only 2 keys (one of which didn't work -side gate). We found a shop about 5 minutes away with fruit, veg, water etc.There's a supermarket about 10 mins away.
I tried to pay via Trip advisor and had problems each time-not sure why. Decided to take the risk and pay her privately -worked out OK.Got our deposit back.Had to transfer deposit money via BACS which costs more (£25-Nationwide, tho available cheaper from other UK banks.
The electrics seem to blow easily. Not enough toilet paper provided.
Would I rent it again? Yes, now that I know the problems possible, I would adjust how many people to take next time-probably 6 adults (3 couples), 2 kids

Date of stay: July 2014
Liked best: The wooden stairs-solid and shiny
Liked least: Problem with the lack of keys, as we were 8 individuals
Traveling group: Friends
Would you recommend this hotel to a friend?   Yes.
Recommended for:
Was this review helpful? Yes
This review is the subjective opinion of a TripAdvisor member and not of TripAdvisor LLC.
Problem with this review? Thank you. We appreciate your input.

Date of stay: August 2015
Was this review helpful? Yes
This review is the subjective opinion of an individual traveler and not of TripAdvisor LLC nor of its partners.
Problem with this review? Thank you. We appreciate your input.

Date of stay: August 2013
Was this review helpful? Yes
This review is the subjective opinion of an individual traveler and not of TripAdvisor LLC nor of its partners.
Problem with this review? Thank you. We appreciate your input.
Updating list...
Do you own a vacation rental? List it here.

Looking for a place to stay in Estoril?
View all 126 vacation rentals