$137
$95
View deal
Hotels.com$116
Priceline$116
Trip.com$137
View all 14 deals
Prices are the average nightly price provided by our partners and may not include all taxes and fees. Taxes and fees that are shown are estimates only. Please see our partners for more details.
apolaski6
Pittsburgh, Pennsylvania
51

We loved our stay at A-Train! Very close to the central train station and within walking distance of many Amsterdam attractions. The rooms were clean, breakfast was included, and staff was very friendly.More

Very pleased to hear that you enjoyed the A-Train hotel experience!
We aim to please in an informal atmosphere.

Hope to see you again soon in the A-Train hotel.

Report response as inappropriateThank you. We appreciate your input.
This response is the subjective opinion of the management representative and not of TripAdvisor LLC.
See all 1,107 reviews
Nearby Hotels 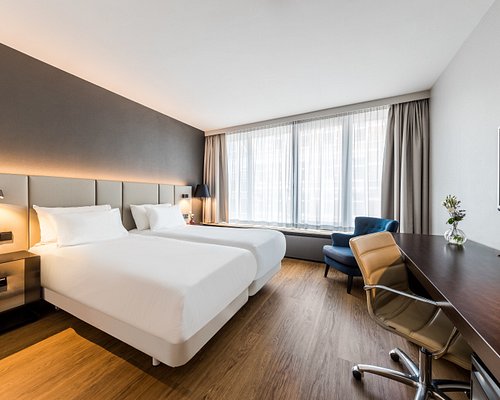 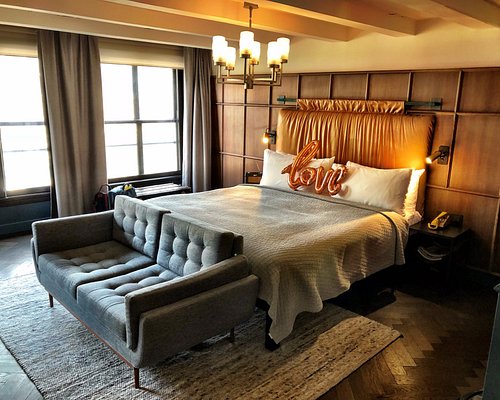 What a little gem! Right across from central station, central for everything, lots of bars and restaurants nearby. Hotel itself was lovely, we had the Dutch suite which is located on the ground floor and has its own little courtyard with a couple of chairs and a table, there is no air conditioning but a very good fan which we made good use of. There's kettle tea coffee etc and a fridge. Staff were great and very helpful if needed. Breakfast was ok, boiled eggs, cereal, bread, cold meat and cheese, also a toaster, jams honey etc. All in all a very enjoyable stay, will definitely return

Very pleased to hear that you appreciated the amazing A-Train hotel, we aim to please.
Hope to see you again soon in the A-Train hotel.

(Airco's will be installed in all rooms in January/February 2018.)

Report response as inappropriateThank you. We appreciate your input.
This response is the subjective opinion of the management representative and not of TripAdvisor LLC.
Pete S
Grantham, United Kingdom
297144
Reviewed July 11, 2017
Right on Track

A glance at the map will tell you that this hotel is in an excellent location right by the main transport hub of Amsterdam. The railway theme is different and interesting without being some kind of railway theme park. The service is excellent and friendly. My room was clean and comfortable. The only thing that spoilt it a little was the window being very high up, but this is an old Amsterdam building so it wasn't a surprise. The breakfast was very good. Check in and out was quick and simple.
I shall certainly stay again.

This review is the subjective opinion of a Tripadvisor member and not of TripAdvisor LLC.
647WilliamR
Arana Hills, Australia
136
Reviewed July 9, 2017 via mobile
Stifling

Stayed 2 nights in this hotel which included breakfast, best thing about this place is it's position in Amsterdam, right opposite Centraal station and walkable to most city attractions.
The reception greeting was about as warm as an arctic blizzard, the room was tiny, it faced the Prins Henrikard road which was the most noise I have ever heard in a hotel anywhere, there was no airconditioning so we had to leave the windows open to get fresh air, there was so much noise we eventually closed them again and suffered the stuffiness for both nights and it was hot. This is not acceptable in today's market for €200 a night.
Beware they quoted us the room charge for a second night but then added the city tax on when we went to pay.
Upside is a lift, a safe, fridge, pretty clean, supermarket next door, plenty of restaurants nearby and a laundromat about 1 kilometre away.

This review is the subjective opinion of a Tripadvisor member and not of TripAdvisor LLC.
Andreas H
Nicosia, Cyprus
9366
Reviewed July 9, 2017 via mobile
A week holiday in a train hotel

2nd trip to amterdam with a year . 2nd time at a train hotel. Everything excelent with it from the people at the reception (who were cery very helpfull ) and i want to thank them for all their help to linen insude the room. Very clean great location. Definately next time i will visit amsterdam i will stay at a train hotel. I can recomend it either is a solo traveler or a family.

This review is the subjective opinion of a Tripadvisor member and not of TripAdvisor LLC.
michaelmartman
San Francisco, California
229111
Reviewed July 7, 2017
Good, Single Room

I liked this hotel. The staff was congenial and helpful. The breakfast included with the cost of my room was good. The location worked quite well for me on this trip, though it was a little hectic on the street immediately outside the front door of the hotel. There is a grocery store next door, which was convenient. The train station was about the equivalent of two blocks away, as was the tram stop. Thus, it was very easy to access transportation around, and away from, the city. The price for the room was fair, though it was very small. Well, I was staying in a single. Good thing there wasn’t anyone else sharing the room, or we wouldn’t have been able to turn around in there. The good thing was that it faced a center area between buildings that opened to the sky, and the street noise was inaudible. The bathroom was small; not really a problem for me though might be for some. The shower squirted water all over the floor, but this wasn’t troublesome. I just wiped it up after the shower was over. My main complaint would ultimately be that the floors have no carpet, and the footsteps of neighbors above are very loud and creaky. This proved to be somewhat troublesome for me a couple of nights when the neighbors above stayed up until midnight, left for a few hours, then returned to rumble again at 4:00AM. I didn’t sleep as well as I would have like to as a result of this. Oh, well. Overall, it was an enjoyable visit to a great city for a reasonable price.

This review is the subjective opinion of a Tripadvisor member and not of TripAdvisor LLC.
View more reviews
PreviousNext
1…232425…