Every detail is thoughtful and so is... - Resort La Ginabelle

Every detail is thoughtful and so is the staff!

Lovely visit to a warm family style hotel with a Matterhorn view from the sunny front garden. Room 304 also has a beautiful view of the famous mountain. Multilingual staff, delicious meals served in a quiet and elegant restaurant. After a long day hiking, the spas and pools are very welcome and very clean. Highly recommended.

Trip type: Traveled with family
See all 466 reviews
Nearby Hotels 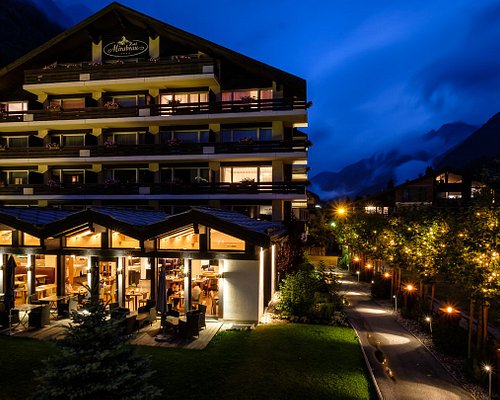 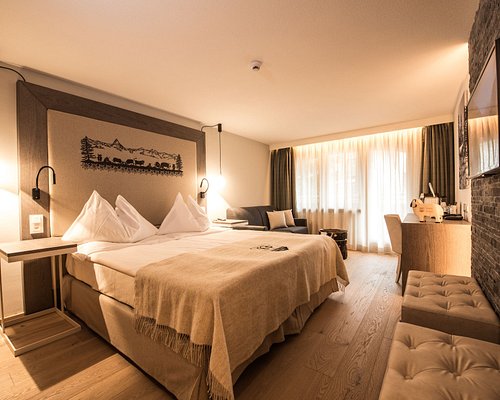 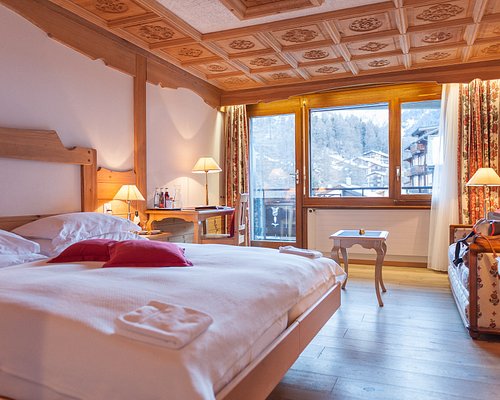 In the bustling town of Zermatt there are many hotels and guesthouses for the thriving skiing population as well as for those like us who come to view the majesty of the Alps. The hotel La Ginabelle holds it’s head up proudly in the midst of this vital Industry as a welcoming and comfortable hotel with spacious rooms, elegantly beautiful dining areas, and a professional and caring staff who do their utmost to make your stay comfortable and enjoyable. Requests are dealt with promptly and with a smile.
Breakfast is generous and with a lovely array of choices. Your private table with name badge set aside for you a very nice touch. They will prepare the same table for you for dinner should you desire.
Around the hotel the decor is tasteful and elegant and had an Easter theme during our visit with bunnies, chickens and beautifully decorated eggs in delightful arrangements.
Complimentary coffee and homemade cake are prepared for afternoon tea in the bar as another extra service.
There is a heated indoor/outdoor pool and a massage, spa and beauty treatment available in house. A lovely hotel!

This review is the subjective opinion of a Tripadvisor member and not of TripAdvisor LLC.
sfbdmd
Nashua, New Hampshire
94
Reviewed March 12, 2018
WOW!! Blast from the past!

We visited Hotel La Ginabelle the first year they opened in 1992 (Trip Advisor wouldn't let me pick a year before April 2017) and spent a fabulous week in spectacular Zermatt! We returned in 1993, and swore we'd find a way back. Now living in the United States, we've spent several weeks at the sister resort (Snowbird Utah). The snow is WAY better in almost every way, but the service, accommodations, food, spa, and LUXURY were still the best we've ever had! My wife and I have outfitted our home to match the style (still sleep with a big, down duvet on our bed in the winter!). We loved the twin hot tubs and waterfall, the steam and ice baths and sauna.

This review is the subjective opinion of a Tripadvisor member and not of TripAdvisor LLC.
Mark W
Harpenden, United Kingdom
11258
Reviewed March 5, 2018
5 star service makes the difference

I really liked the hotel, spending 5 days there with my 2 daughters. Positives - the location is good, a 2 minutes walk from the funicular and directly opposite the green line bus stops to the lifts towards a Cervinia. The food was excellent (proper restaurant standard) and the half board package good value in this expensive resort. The spa facilities were great with indoor/outdoor pool, sauna, jacuzzi and steam room. Issues - the bedrooms were so hot we needed to ave the windows open, the design is quite “traditional” which you either like or don’t (look at the photos). Overall - this is a family run hotel and it shows, all the staff were great, attentive and friendly. The owners are around every day and seem to genuinely care.

This review is the subjective opinion of a Tripadvisor member and not of TripAdvisor LLC.
NelsonG07
Morzine, France
8440
Reviewed February 25, 2018 via mobile
Excellent ski family hotel

We stayed one week in La Ginabelle. The hotel is very nice. Rooms are comfortable, all personnel of the hotel is very nice and helpful. The hotel offers a warm swimming pool greatly appreciated after a long ski journey :-) it also offers a kids club which take care all day long of the kids. The dinner was very good every day. A place to come back!

This review is the subjective opinion of a Tripadvisor member and not of TripAdvisor LLC.
403wilfreds
Saint-George, Switzerland
83
Reviewed January 30, 2018 via mobile
Ski vacation

This review is the subjective opinion of a Tripadvisor member and not of TripAdvisor LLC.
View more reviews
PreviousNext
1…8910…