We have just returned from a week at the Hotel Caffellatte. The hotel is magnificent and we have never experienced such incredible service before. It was so lovely ambience and good and friendy staff.
During the afternoon it's literally italian caffellatte in a romantic hall of small hotel. Accross the street are a quite park "Le cascine" are located a museum of Indiano. Our kids are 11 and 13 and they enjoyed it.
Caffellatte Hotel are still a gardens for all guest for spend a quite time after the shopping in a downtown. Close the hotel are lovely restaurants called "Il Panda" the price are quite economic and the service are friendly as well.

We paid $120 per night for a room on the club level which we thought excellent value. There were 1 double beds so the two persons.
Overall I would say this is probably the best small hotel we have ever stayed in on holidayand I am extremely fussy! 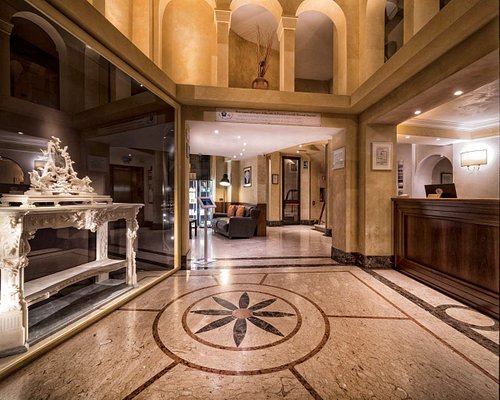 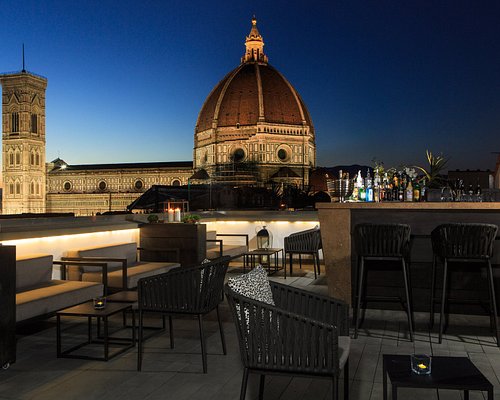 Made a reservation online. Tried to cancel but there phone was disconnected. So, I went in person to say I tried calling for 7 days but I was told the phone was not working for a week. When I got to the location the gates were locked. No one answered the bell for about a half hour, I stayed outside in the pouring rain. A woman finally answered and asked what I wanted. She came to door with a cigarette hanging from her mouth and a hanky in her bosom sticking out of shirt. She said they were not expecting anyone. Then she found the reservation and went on to show me the rooms. What a horror, the place was NOT ONLY TERRIBLE. FILTHY AS WELL. Place is filthy and not as described. BEWARE!!!!!! FOUR STAR..... THAT IS A JOKE.......

This review is the subjective opinion of a TripAdvisor member and not of TripAdvisor LLC.
Wander38199
milano, italy
13
Reviewed April 18, 2004
terrible

Not gone in this B&B! Nothing like is described! The rooms are ugly, the bath is dirty and in common with the other rooms; conditioned air does not exist; the closets contain the dressed ones of the owner; the breakfast is shame! The price is a theft, for the services that come offers.

This review is the subjective opinion of a TripAdvisor member and not of TripAdvisor LLC.
Carolyn_and_Paul
Oxford, England
1133
Reviewed September 7, 2003
Not as advertised

We booked into this hotel based on the info on a travel web site but when we arrived we found it was nothing like the description. We had two rooms, each of which had 3 beds(1 double, 2 single) and whereas in one room there was enough space, the smaller room was so cramped we couldn't open the wardrobe door! There was no sign of the TV or cafe advertised, and the "air-conditioning" consisted of a fan. Breakfast was very rudimentary, consisting of a couple of dry croissants and some jam, with ham on a couple of the days. The concierge speaks no English and couldn't understand any of our attempts at Italian so we had great trouble even getting the tea and coffee for breakfast. The smaller room had adjoining doors to her rooms, so we could smell her cigarette smoke and hear her television! This was certainly not worth the £60 per room per night that we paid.

This review is the subjective opinion of a TripAdvisor member and not of TripAdvisor LLC.
Richard P
Doncaster, United Kingdom
3031
Reviewed July 10, 2003
Terrible Hotel - Not as described

I chose the hotel based on information supplied by the hotel on their website.The bookingWhen we arrived, the manager asked for our credit card and instead of just swiping it, he charged us the full amount of Euro 234.96 immediately. Only then did he tell us that he was overbooked and could not give us a room in the hotel.He took us by car to another establishment where there was a basic room with only shared facilities and no air conditioning. It was on very busy noisy road junction.We stayed after he assured us we would have a proper room, with private facilities and air conditioning, for the following two nights. He promised to collect us by car at 09:00 the following morning. We spent a sleepless night. He did not pick us up but sent a message asking us to walk back to the hotel for breakfast. This took 20 minutes.The Hotel RoomAfter waiting until after 11:00 we were shown the room in the hotel. It is not a Double Superior as described and booked.There is no private bath There is no air conditioning (there was a free standing fan) There was a double and a single bed making it cramped The Hotel Hotel's Own Decription v Reality In the centre of Florence: It was a 20 minute taxi ride from the Florence Central Station SMN.Turn of the century villa:BungalowThe rooms, all equipped with private bathrooms and air conditioning:We were shown a room with a shared bathroom and a fanElegantly furnished: Basic furnitureQuiet or romantic accommodationAtmosphere of relaxation and comfort: Two of the bedrooms face a busy road.Breakfast is provided outside overlooking the busy roadYou can easily reach the B&B on foot: It took 20 minutes by taxiTaxi. Approx. 8 EUROS: It cost 19 EUROSDirections to the B&B Incomplete and misleadingHaving spent one sleepless night, and the Hotel not being as described, we decided not to stay. After much delay and argument, we were refunded Euros 160. We paid Euros 267. This is 89 per night, higher than the highest rate is the revised hotel website and higher than anyone else in their diary for those days.After the refund, it cost us Euros 107 for one night in an inferior hostel type room.