$112
$74
View deal
eDreams$85
CheapTickets$75
travelup.com$112
View all 12 deals
Prices are the average nightly price provided by our partners and may not include all taxes and fees. Taxes and fees that are shown are estimates only. Please see our partners for more details.
SuperELFsam
2272

I do impressed my experience here. While we arrive at around 1pm, the receptionist escort us to the room and breakfast room. They are professional on guest relation and concierge compare to other international hotel chains. Not only give us some insider tips about Venice, they are warm and professional whenever you pass by their reception desk. Also, they noticed that my sister was sick once we arrive. They proactive give us a restaurant recommendation nearby and make sure that our room is ready while we are having lunch. Definitely love to be back because of their wonderful and amazing serviceMore

thank you for taking the time to write a nice review about your experience at Palazzo Cendon.

We are glad that your stay was satisfying and that your expectations were met. Your kind words of appreciation will surely be forwarded to our Staff.

In the hope to be able to welcome you again at Palazzo Cendon as our valued Guest, we send you our

Report response as inappropriateThank you. We appreciate your input.
This response is the subjective opinion of the management representative and not of TripAdvisor LLC.
See all 543 reviews
Nearby Hotels 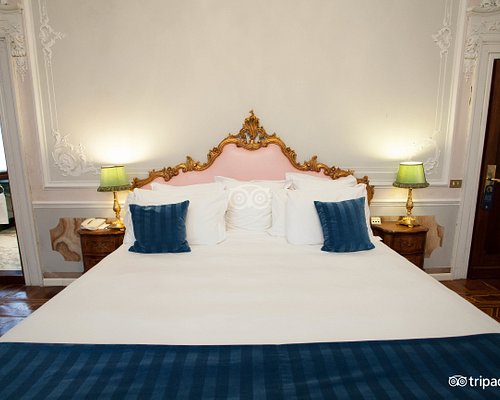 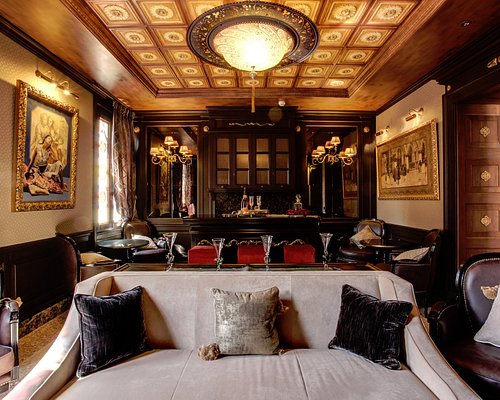 Palazzo Cendon is barely 7 minutes walking distance from the Venezia St. Lucia train station.
Our room did not have much of a view but was charming in an old fashioned way.
Old cupboards and wallpaper. TV with mostly Italian channels.
The bathroom was quite big and modern.
Breakfast was ok nothing special.
This hotel had an elevator unlike most hotels in Venice.
City tax : €3 per person/night payable in cash on checkout.

thank you for taking the time to write a kind review about your experience at Palazzo Cendon.
We are glad that your stay was satisfying and that your expectations were met.

We hope to be able to welcome you again at Palazzo Cendon.

Wishing you a great start into the week, we send you our

Report response as inappropriateThank you. We appreciate your input.
This response is the subjective opinion of the management representative and not of TripAdvisor LLC.
Barbie L
Kingston upon Hull, England, United Kingdom
32
Reviewed December 5, 2018 via mobile
Romantic stay

Spent 3 nights here with my husband. Lovely room (junior suite) with a balcony and view of the canal, and excellent value for Venice!
Staff were very friendly and helpful, notably the lady at breakfast (apologies for not knowing her name), but particularly the delightful Silvia, who seemed to be always around and ready to help guests.

We are really glad that you liked your Suite Room. Your kind words of appreciation will promptly be forwarded to our Staff - our Guests' satisfaction is always the main incentive that pushes us to do our best.
Thank you for rewarding our job.

We hope to welcome you again as our valued Guests, next time you visit our beautiful city.

Report response as inappropriateThank you. We appreciate your input.
This response is the subjective opinion of the management representative and not of TripAdvisor LLC.
Drue S
Nashville, Tennessee
64
Reviewed November 2, 2018 via mobile
Very nice hotel & staff

This hotel in Cannaregio was a very pleasant surprise, after the horrible hotel we had at the beginning of our trip (Hotel Graspo de Ua). They had a lift to take us up to our room, which was very attractive. Bathroom was modern & spacious. The breakfast was good and reasonable. I would definitely stay there again!

Dear Ms Drue,
thank you very much for taking the time to write such a nice review about your experience at Palazzo Cendon.
We are glad you were satisfied with your room and our service. It is always our goal to make you feel at home, even in the case of a short stay.
We hope to have you again at Palazzo Cendon as our valued Guest during your next Venetian retreat.
Best regards

Report response as inappropriateThank you. We appreciate your input.
This response is the subjective opinion of the management representative and not of TripAdvisor LLC.
Lummy
Pittsburgh, Pennsylvania
160140
Reviewed October 13, 2018
Great Place to Stay in Venice

We stayed at this hotel for 2 nights on our recent trip to Italy. This was our 5th stay in Venice. We were looking for a place near the train station where we did not have to cross any bridges with our luggage. The Cendon caught my eye with the picture of the junior suite with a balcony. We booked a junior suite and wound up in room 1. It was just like the picture. The room was nice and big for being in Venice. The balcony was really nice. And best of all my wife was impressed. The breakfast was typical with meet cheese and fruit. We also found it very convenient to catch the water transit Alilaguna to Marco Polo Airport. You can catch it from the Guglie stop which is right across the canal. 15 Euro PP. You do have to cross a bridge with your luggage to get to the Guglie Stop.
I found it to be the easiest and fastest way to the airport. You used to have to walk on a sidewalk from the terminal to the dock. Now it is all enclosed with people movers.
I definitely would recommend this hotel, especially the Junior Suite with a balcony.

thank you for taking the time to write such a nice review about your experience at Palazzo Cendon!
We are glad that everything managed to meet your expectations and we hope you have enjoyed our beautiful city.

Should you come back to Venice, please do not hesitate to contact us, as we would be happy to have you again as our Guest.

Report response as inappropriateThank you. We appreciate your input.
This response is the subjective opinion of the management representative and not of TripAdvisor LLC.
JerryH136
Huntsville, Alabama
5827
Reviewed October 9, 2018
Very nice boutique hotel

After research I decided on this property and it was a good decision. Located in a quiet alleyway just off a quiet canal street is located this small hotel. We booked 2 rooms for three nights and were assigned two rooms closet to the service desk. The rooms were large with separate bedrooms off large sitting rooms. The sitting rooms had large L-shaped sitting areas that I guess would have accommodated smaller children. They also contained a dining table with chairs. There was plenty of closet and storage space. Considering the size of the rooms, the bathrooms were much smaller. Heavier people might have some qualm with the size. The toilet and bidet actually faced each other in our room and it would be tight if handicapped or too large. Same goes for the shower. Just a warning. It was fine for us but I can understand that some groups might be uncomfortable. Nice amenities were provided. There was a very small TV in the bedroom but none in the sitting area. If you are in Venice for television, don't go. A free breakfast buffet was served from 8-10. Cold cuts, cheeses, breads, boiled eggs, cereals, etc. Not overwhelming but included and adequate to start the day. Coffee, juices, milk also included. Finding might be a little tricky so I'll give you my directions. From the Guglie vaporetto stop. Turn right when you get off at the stop. Go down to the bridge and walk over, immediately take the street along the canal. Walk down until you get to the restaurant named Al Parlamento. Immediately turn left at the alleyway after the restaurant. Go down a few feet and the hotel entrance is on the right. The hotel has 20 rooms. The desk staff is terrific. They speak fluent English and are helpful to a fault. One of them told me that her favorite rooms are on the 1st floor facing the canal. In Europe the first floor is usually our second floor since the ground floor is generally designated as 0. I would stay here again in a heartbeat. Value, history, location, friendliness, etc. abound.
+

thank you for your very nice and detailed review about Palazzo Cendon!

We are glad that you liked our service and your accommodation - since the ground floor rooms are among the biggest Standard Rooms and they have a connecting door, we think that they are suitable for families or friends traveling together.

Your feedback on the bathroom and shower is appreciated and it will be brought up with the Direction: we always strive to improve our services and your help is precious.

As our Staff already told you, on the first floor there are one of our Suite Rooms and one of our Superior Rooms with Canal View. Should you visit Venice again in the future, we hope to be able to make your next stay with us even better than your last.