$112
$88
View deal
Hotels.com$88
eDreams$90
Trip.com$112
View all 16 deals
Prices are the average nightly price provided by our partners and may not include all taxes and fees. Taxes and fees that are shown are estimates only. Please see our partners for more details.
farmersuzi
Schaghticoke, New York
61

My brother and I stayed here for a week and would definitely recommend this friendly, clean and centrally located hotel to others! Within easy walking distance to train, to center city, to shopping and several (good) area restaurants. Staff very friendly and accomodating. Great breakfast variety, good coffee. Felt safe in the neighborhood and liked our bright, cheerful twin bedded room with skylights. Had a splendid time in Bologna and if (when) I go back, I'll definitely book here again!More

Dear Susan and James,
thank you very much for your nice words. We do all our best to suit our Guests' needs and we are happy to hear that you have so good memories of our town and our hotel.
We really hope to have the pleasure of meeting you again and wish you a wonderful life!

Report response as inappropriateThank you. We appreciate your input.
This response is the subjective opinion of the management representative and not of TripAdvisor LLC.
See all 868 reviews
Nearby Hotels 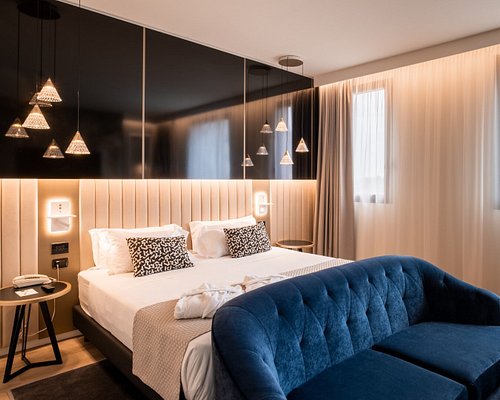 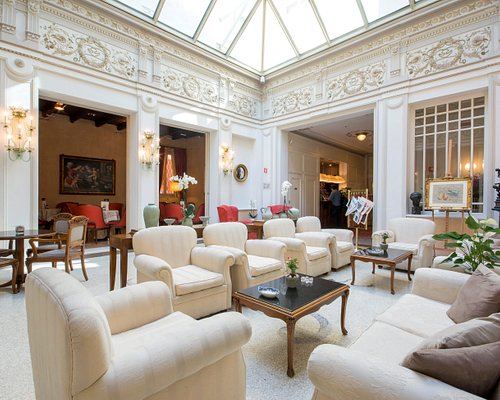 They charged 200€ per night during the book fair for a tiny room where we couldn't even open our luguages. Instead of doing a major renovation they filled up the place with tiny papers containing proverbs and anecdotes. You understood well, the owner must be out of his mind...

Dear Sirs,
thank you for your feedback.
Actually the Book Fair is one of the most important event in Bologna, so it's our peak season, this is why the room costs more.
A picture of the room you occupied is exactly the one published in any website where our hotel appears.
It was recently renovated, but unfortunately our location in an old typical building in the historical centre does not allow us to enlarge the rooms.
As we are honestly aware of this, we never say that we have big rooms, except for triple rooms or apartments.
About proverbs or anecdotes, we like to spread a touch of poetry.
Many of our Guests like and enjoy it.
Regards

Report response as inappropriateThank you. We appreciate your input.
This response is the subjective opinion of the management representative and not of TripAdvisor LLC.
Martrip25
Bogota, Colombia
2
Reviewed March 6, 2011
Friendly staff and clean room.

I stayed for one night in a sigle room, the room was small but very clean with private bathroom and powerful shower. The staff is very friendly and the hotel is just 5 minutes walking to the city center.

This review is the subjective opinion of a Tripadvisor member and not of TripAdvisor LLC.
CambridgeMike
Cambridge, Massachusetts
9154
Reviewed March 1, 2011
Good Value. Friendly. But our kids were spooked.

I would give the Paradise Hotel a 3.5 if I could. Better than average, but with a few issues. It was a good value, the room was clean and spacious, the location was a convenient walk to the train and city center, the street was quiet and the staff were friendly and helpful. The hotel includes an apartment building a short walk down a narrow alley from the main entrance; we stayed in a room with a full kitchen, which was nice. But the combination of 1) an erotica shop down the (rather deserted) side street on which the hotel is located, 2) the bank-vault style lock on the room door, and 3) the fact that the window shutters were battened down, made us feel that we were not in the safest part of town. The room decor was perfectly fine, but neither quaint nor luxurious. Next time we will look at other options in Bologna.

Dear Guest, thank you for your detailed review, as many hotels we can improve our rooms and our services, but we can not always control what happens around us. I guarantee that the area where we are located is very safe by large city standards.
We hope to have you again in the future as our valued guest and above all we hope that the services received were coherent with the price paid.
Thanks again,

Report response as inappropriateThank you. We appreciate your input.
This response is the subjective opinion of the management representative and not of TripAdvisor LLC.
joesob
nyc
9360
Reviewed February 28, 2011
an average, quirky, second-rate hotel

while i do hate to go against the masses who have enjoyed this hotel, i must say that i was not impressed. i rented one of the apartments, and, to me, it was a bit dank and claustrophobic. while it was on the second floor, the few windows only overlooked small interior courtyards / air shafts, and not much light or fresh air was able to come in. the interior ceilings were rather low, too, which added to the closed-in feeling. additionally, the building itself, and hence the apartment, had a certain 'dank' odor that i found not pleasing. the breakfast was, at best, average. on a good note, however, the staff were extremely friendly and helpful; the location, while on a darker side street, is very conveniently halfway between the train station and the piazza maggiore (main plaza city center); and the price was rather low. i guess that i got what i paid for.

This review is the subjective opinion of a Tripadvisor member and not of TripAdvisor LLC.
dell3581
Zurich, Switzerland
2823
Reviewed February 22, 2011
very friendly

I spent a weekend with three friends in bologna. since we booked a room all together we got the mini-apartment equipped with kitchen. the location is very central, just 5 minutes walking to piazza maggiore. the woman at the reception was extremely friendly and spent some time is showing us the best places for going out in bologna. only problem might be parking. you have to park your car in underground parkings which are not very close to the hotel

This review is the subjective opinion of a Tripadvisor member and not of TripAdvisor LLC.
View more reviews
PreviousNext
1…454647…