Hotel Room Mate Alicia
Hotel Room Mate Alicia
Lowest prices for your stay
Lock in the lowest price from these sites
$116
$105
Free cancellation until 10/03/21
View deal
Hotels.com$116
Expedia.com$116
Priceline$105
Travelocity$116
eDreams$105
Trip.com$110
View all 16 deals
Prices are the average nightly price provided by our partners and may not include all taxes and fees. Taxes and fees that are shown are estimates only. Please see our partners for more details.
ddandvb
Ottawa, Canada
4954

This small-ish hotel on the lovely and lively Plaza Santa Ana is the perfect combination of location, facilities, service and price. The rooms are comfortable with fun decor in good colours. The staff are super friendly and helpful. Rooms at the back are completely quiet. I even liked the philosophy behind the hotel - in each room is a copy of the United Nations Universal Declaration of Human Rights! Highly recommended.More

Thanks for sharing your experience about Room Mate Alicia.
Your words has clearly defined what our hotel is!
We also glad to know that initiatives like the book you can find in every room on human rights are useful and well appreciated by our customers.
It will be a really pleasure to welcome you in a future!
Kind Regards

Report response as inappropriateThank you. We appreciate your input.
This response is the subjective opinion of the management representative and not of TripAdvisor LLC.
See all 1,537 reviews
Nearby Hotels 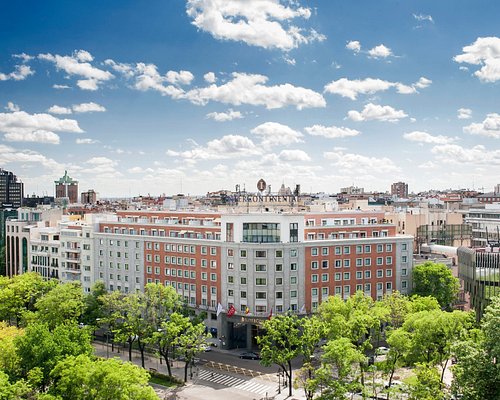 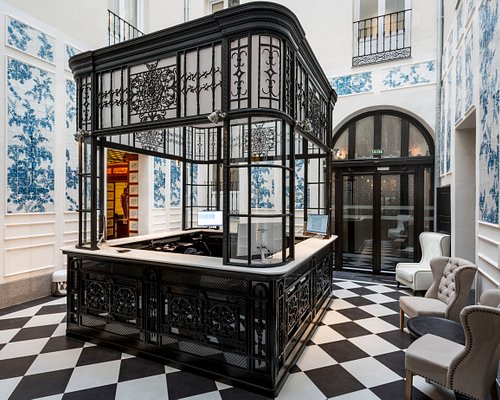 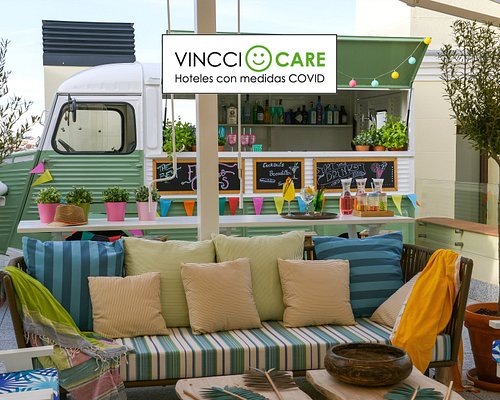 My husband and I have come to Madrid to celebrate his 40th birthday. We couldn't have picked a better hotel and the price that we have paid is extremely reasonable for the standard of accommodation. When we arrived we were invited to have an upgrade to the suite for an additional 20 euros a night. We viewed the double room first which was lovely but when we saw how much space we would get for the little extra, we agreed that it was well worth it.

The hotel is situated in a perfect location and despite being on a busy plaza you do not hear any noise outside due to its double glazing.

There are lots of restaurants and bars to choose from which are all on your door step.

Thank you so much for your review!
We really hope your husband and you have enjoyed your visit to Madrid.
Hopefully we will see you in your next anniversary :)

The hotel was in a perfect location. Modern hotel but a tight squeeze all around. Our room was nice but the carpet rather grungy but the room was clean. We didn't spend much time in our room so it was not a problem. The breakfast was served next door and was good. If just me and my husband we would stay again but somewhere else with our children.

This review is the subjective opinion of a Tripadvisor member and not of TripAdvisor LLC.
lhenni
Edinburgh, United Kingdom
7449
Reviewed February 27, 2014
Excellent location and friendly staff

We stayed here for a week and took the advice of other reviewers to pay for the larger corner room/junior suite - well worth the extra. We had plenty space and a great view over the square. You could lie in bed and watch what was happening although best to keep the light out or the neighbouring buildings have a view of you! The room was comfortable and had a large bath which took a long time to fill but once it did, a great soak after a day pounding the pavements of Madrid.

The location could not have been better - the museum triangle was a 10/15 minute walk in one direction while the palace and cathedral were a similar distance in the other. The square itself had a couple of decent places to eat and the fancier restaurants we booked were all walkable, as was the shopping area north of Park Retiro.

The hotel restaurant is being redone so breakfast was at another hotel a couple of blocks down the street. We were right above the restaurant and had a little workman noise quite early one morning but when we complained they ensured it didn't happen again. Ask for a room higher up if you're concerned.

The staff were very helpful and friendly - most seemed to speak pretty good English. We liked the free wifi gadget which allowed us to use our mobiles for internet around the city. Also free wifi in the hotel and apparently in Plaza Santa Ana, the square outside. We would stay here again very happily.

It is a perfect opinion! thank you so much for sharing with other travellers! and I have to tell that you are really good knowledgeable of the city! (was not your first time ;) and we hope will not the last!)
We really hope you have enjoyed your stay with us
It will be a pleasure if we can welcome you in a future!

Report response as inappropriateThank you. We appreciate your input.
This response is the subjective opinion of the management representative and not of TripAdvisor LLC.
GillianF214
Fintry, United Kingdom
2611
Reviewed February 22, 2014
A perfectly placed hotel for all Madrid attractions.

Our room was very comfortable, with one of the best wifi connections we have had in a hotel, The staff were courteous and helpful, arranging taxis to and from airport. A problem with our original allocated room was swiftly and professionally dealt with and we were moved to another room. We would definitely stay here again.

Thank you so much for your opinion!
We really hope you have enjoyed your visit to Madrid and your stay with us!
it will be a huge pleasure to welcome you again in a future!

Report response as inappropriateThank you. We appreciate your input.
This response is the subjective opinion of the management representative and not of TripAdvisor LLC.
View more reviews
PreviousNext
1…656667…