“Excellent don't miss it!”
ZGNMXzg3X3RycQ==
other travelers have booked this property 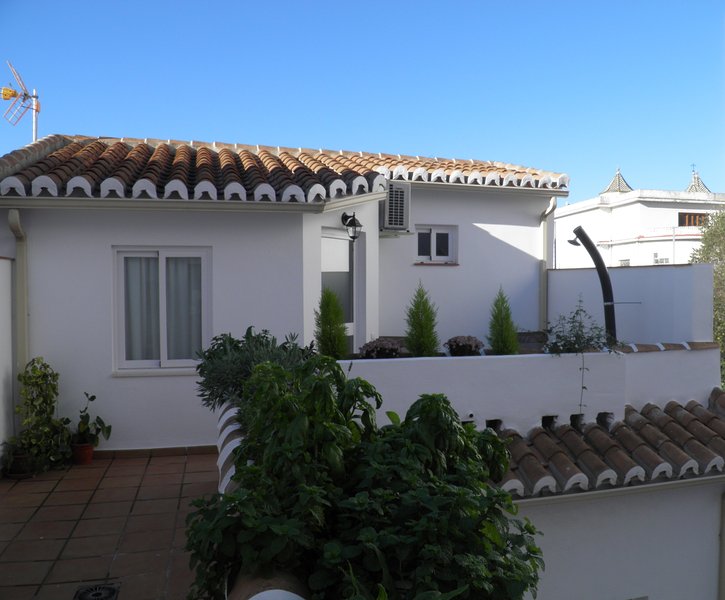 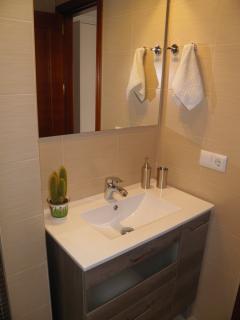 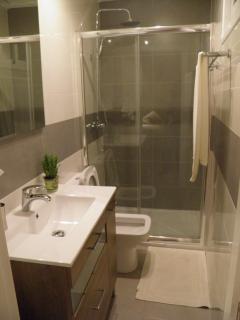 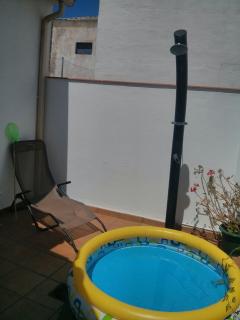 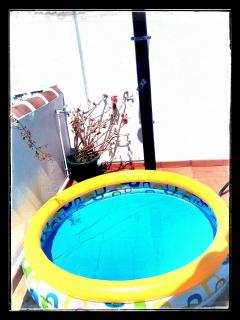 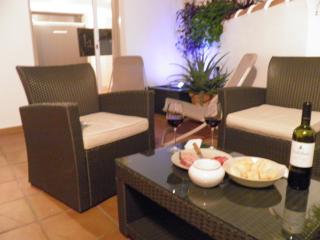 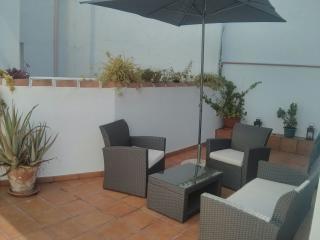 Excellent - based on 43 reviews
Write a Review

This was such a delightful apartment! Valeria met us and was very helpful..
The whole apartment was spotlessly clean and very well equipped. The terrace was amazing and there were plenty of sunloungers etc. It's also very private.
There is a lift up to the apartment. It is not a noisy apartment. Obviously being in the middle of a city there is SOME distant noise of traffic and there is a basketball pitch nearby that you can occasionally hear the children playing in but it's a happy noise and doesn't last long..
We would definitely return to this property!

Date of stay: October 2016
Liked best: Cleanliness Space and terrace
Traveling group: Spouse/Partner
Would you recommend this hotel to a friend?   Yes.
Recommended for:
Was this review helpful? Yes
This review is the subjective opinion of a TripAdvisor member and not of TripAdvisor LLC.
Problem with this review? Thank you. We appreciate your input.

Excellent apartment with everything you need. Washing machine was particularly handy and easy to use. Our one year old loved the paddling pool. There is a fantastic supermarket almost next door with wine under a euro per bottle. Easy walking to the best of Malaga which is probably the most beautiful city I've visited. Great beach, art museums, bars and restaurants. Fabulous.

Date of stay: September 2016
Liked best: location and just everything
Liked least: lift was a bit tempremental
Traveling group: Extended Family
Would you recommend this hotel to a friend?   Yes.
Recommended for:
Was this review helpful? Yes
This review is the subjective opinion of a TripAdvisor member and not of TripAdvisor LLC.
Problem with this review? Thank you. We appreciate your input.

My friend and I stayed in the apartment for 7 days and we thoroughly enjoyed our trip.The apartment was very modern and clean and had all the facilities we required. It was no effort to utilise the pull down double bed in the living area. We enjoyed the sunbathing although the views were limited as it is an interior apartment. The location of the apartment was great and we walked from the train station to the apartment in about 20 minutes. It was so quick to walk to either the centre or the marina and the restaurants we visited were all very good. Valeria was so helpful before and during our trip and I would certainly recommend the apartment if you are looking for a city break with sun.

Date of stay: July 2016
Traveling group: Friends
Your age range 50-64
Would you recommend this hotel to a friend?   Yes.
Was this review helpful? Yes
This review is the subjective opinion of a TripAdvisor member and not of TripAdvisor LLC.
Problem with this review? Thank you. We appreciate your input.

My partner and I stayed at this apartment for 1 week at the end of May 2016. We were attracted to it because it stated that it was quiet and that it had good reviews, however, the actual experience we had was very different and certainly not quiet at all.

We have stayed on numerous apartment city breaks in Europe and know what to expect when it comes to noise but this far exceeded anything we have encountered before and believe the listing as a 'quiet rooftop apartment' is misleading.

We arrived at the time we had agreed with Max and he had assured us several times via TripAdvisor that Valeria would be in the flat to welcome us upon our arrival to show us around and advice us on where to eat and places to visit etc. This did not happen, as the owners were both unavailable managing other business, so they sent their son instead, who had limited spoken English, and therefore had no introduction at all.

Our main gripe was that the apartment/terrace is adjoined by a school basketball/football court and the screaming and shouting coming from the court was very EXCESSIVE, bordering on hysteria, which started as early as 8.30am and went on for hours. The school bell could be heard periodically throughout the apartment and it got to a point where we dreaded hearing it as knew mayhem was imminent.

I would also mention that the apartment does have a rooftop terrace but it is lower than all the other buildings around it so do not expect to have a view as all that surrounds it are walls, one of which is the remains of a demolished building so not the greatest of views.

The noise coming from the side of the building up to the apartment/terrace is also EXCESSIVE as it echoes along the building. The noise continues right up until the early hours as there is a bar down below and it's also where people park their motorbikes. The building along one side of the apartment has been demolished so there is a void along the side that the noise travels up. If you Google maps 'Calle Carreteria' you will see this is one of the main roads running through that area.

We also encountered a party in the apartment on the floor above us which went on until 6am on the day we had to leave. We mentioned this to the owners and they did offer us a refund the day we were leaving, (I still have the text of this offer) but on our return, 2 weeks later, this refund was retracted for some reason which leaves a bitter taste in our mouth but still believe the above points are valid.

Date of stay: May 2016
Traveling group: Spouse/Partner
Would you recommend this hotel to a friend?   No.
Was this review helpful? Yes
This review is the subjective opinion of a TripAdvisor member and not of TripAdvisor LLC.
Problem with this review? Thank you. We appreciate your input.

My wife and I stayed here for a week while attending a family wedding in Malaga. The apartment was well -appointed, centrally located and quiet. The lovely roof top terrace was a real treat and allowed us to enjoy the great weather outdoors. My early mornings sitting out there are a fond memory of my time in Malaga. Street noise was at a minimum, and the only seeming nuisance was the occasional seagull cruising around making various noises. Not bad, considering you are in the middle of the city. There is a grocery store located in the same block and the downtown area of Malaga is just a few minutes walk away. The train station and beaches are a little further, but still within walking distance.
Max and Valeria were very friendly and easy to deal with. I would definitely stay here again if we came back to Malaga.

Date of stay: June 2016
Liked best: The roof top terrace.
Traveling group: Spouse/Partner
Would you recommend this hotel to a friend?   Yes.
Recommended for:
Was this review helpful? Yes
This review is the subjective opinion of a TripAdvisor member and not of TripAdvisor LLC.
Problem with this review? Thank you. We appreciate your input.

4 helpful votes
“Wonderful apartment in great location”
Reviewed May 16, 2016 for a stay in May 2016
3
people found this review helpful

We are two female friends and have just returned from a weeks stay at the apartment. We were met by Valeria who was extremely helpful in getting us settled.

The apartment itself works really well. It is very clean and well kept.We used both bedrooms so had some privacy and spent social time in the lounge. Bathrooms were very good and everything that we needed was supplied. It has a brilliant roof terrace with lot's of comfortable seating. Unfortunately we were a little unlucky with the weather but appreciated it when we could use it. It makes a huge difference to have some outside space.
We found the position of the apartment to be perfect. There was a supermarket a couple of doors down and lot's of bars and restaurants nearby. Everything was within a ten or fifteen minute walk. The marina and beach were nice for a change of scenery. Malaga has everything for a great holiday. We loved everything about the city and the apartment and would definitely stay there again.

Date of stay: May 2016
Traveling group: Friends
Would you recommend this hotel to a friend?   Yes.
Was this review helpful? Yes
This review is the subjective opinion of a TripAdvisor member and not of TripAdvisor LLC.
Problem with this review? Thank you. We appreciate your input.

8 helpful votes
“An amazing base for discovering Malaga”
Reviewed April 4, 2016 for a stay in March 2016
2
people found this review helpful

3 friends and myself stayed at this apartment for a 3 night stay. It is about a 15 minute drive from the airport and in a perfect position for discovering the delights of Malaga. We were met at the apartment by Valeria who was very pleasant and helpful. The apartment was very clean and modern, with all the amenities needed for our stay. We really couldn't find anything to complain about! All of the main shops, restaurants, bars, beach etc are within walking distance from the apartment, which allowed us to have a hassle free trip. We would most certainly stay here again, and I couldn't recommend it highly enough. Thank you Valeria and Max for letting us use your amazing apartment. We loved it!!

Date of stay: March 2016
Liked best: The geographical position of the apartment
Liked least: There was nothing to dislike
Traveling group: Friends
Your age range 35-49
Would you recommend this hotel to a friend?   Yes.
Recommended for:
Was this review helpful? Yes
This review is the subjective opinion of a TripAdvisor member and not of TripAdvisor LLC.
Problem with this review? Thank you. We appreciate your input.
Previous Next
1 2 3 4 5 6 …
Updating list...
Still can't find what you're looking for?

Looking for a place to stay in Malaga?
View all 1,000 vacation rentals