Sheraton Frankfurt Airport Hotel & Conference Center
Sheraton Frankfurt Airport Hotel & Conference Center
Lowest prices for your stay
Lock in the lowest price from these sites
$142
Reserve now, pay at stay
View deal
Tripadvisor$142
Hotels.com
Expedia.com$142
Agoda.com$142
Priceline$142
eDreams$142
View all 18 deals
Prices are the average nightly price provided by our partners and may not include all taxes and fees. Taxes and fees that are shown are estimates only. Please see our partners for more details.
tour2010
Thessaloniki, Greece
1923

Hotel is a bit dated although rooms have been renovated but very conveniently located within airport. Can't open the windows for fresh air which is a nuisance.
Hilton next door is brand new but only the Sheraton offers family rooms to accommodate up to 5 people.
Service was good, check-in and check-out very quick.
All in all a very decent choice for 5 star airport hotelMore

I would like to thank you and your family for booking our hotel. Yes, our family rooms are the perfect retreat before, after or in the middle of a journey. They offer plenty of space and comfort and make traveling with children so much easier. The windows do not open because of the noise and pollution at the airport. You would not believe how much noise an airport can produce, even at night. I hope you will give us the pleasure to welcome you again at your next trip. We would be thrilled to see you soon again.

Thank you and best regards,

Report response as inappropriateThank you. We appreciate your input.
This response is the subjective opinion of the management representative and not of TripAdvisor LLC.
See all 5,026 reviews
Nearby Hotels 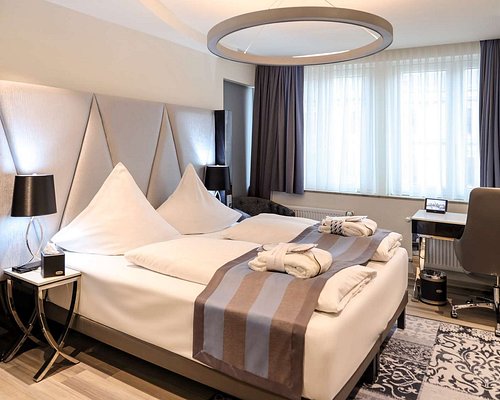 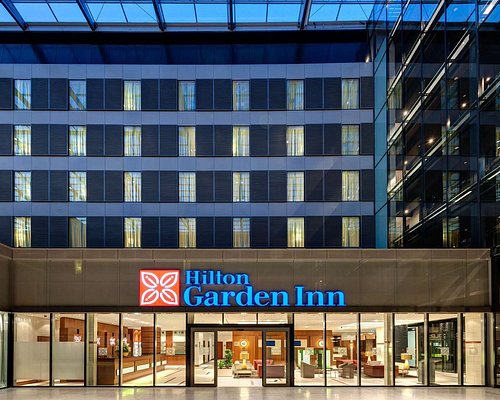 This is not the first time we have stayed at this hotel, but first time breakfast was included in our rate. They have amazing buffet breakfast. The location is very convenient. The check in staff was very friendly. They allowed us early check in too. Would sure;y stay here again.

Thank you very much for staying at our hotel again. I am glad that you now also had the opportunity to try our sumptuous breakfast buffet. There is really everything on offer that you could wish for in the morning. I hope very much that you will soon stay with us again. We would be so happy to see you soon again!

Report response as inappropriateThank you. We appreciate your input.
This response is the subjective opinion of the management representative and not of TripAdvisor LLC.
Jaarman
Tartu, Estonia
11091
Reviewed January 16, 2013
Good option for cousy stay between longhul flights

We stayed two nights between our journey to Mauritius. Location is absolutely superb. Rooms are large, beds cousy. Bathroom equipment and decorations need some refreshments. They are more like scandinavian three star level hotel, but I undersatand, that not possible to do everything in same tempo with the time. Dinner and breakfast where good and service was exellent. Small minus was the fact, that room card did not function in one day and was needed extra journey to the reception and also the floor carpets stayed very long time in the morning of 28th. ugly after cleaning.

Thank you for evaluating our hotel. You help us a great deal to discover weaknesses by sharing your experiences with us, thus giving us a chance to change everything just so that you will have a perfect stay the next time you stay overnight at our hotel. I am sorry that your room key did not work on one day. They sometimes discharge when they come near a mobile phone. When you book your next stay, please ask for our Club room offers. I think that room category is just the right thing for you: elegant, cozy, and with some extra services to round off your stay.

Have a great day!

Report response as inappropriateThank you. We appreciate your input.
This response is the subjective opinion of the management representative and not of TripAdvisor LLC.
Tripple_Disaster
England, United Kingdom
15272
Reviewed January 11, 2013
Never Again

We arrived late evening, the directions from the hotel were not helpful, even though we could see the hotel gaining entry was not well directed. Check-in was ok with staff who appeared to tired and waiting to go home.

The room was very poorly signed from the reception with all the signs in the hotel at a hight of 3mts. Eventually I found my room, it was clean, large bed, the bathroom was clean with basic hair shampoo etc. The room was a little tired and could have done with new carpets and doors.

While I expected at 23:00 the restaurant would be closed, I did not expect the room service menu to be limited, being based at an international airport I has assumed that hot fresh food would not stop at 22:00! The menu available was limited to light snacks, mostly over priced pizza. Despite the poor selection and deciding to go without, I checked the prices out - to my horror salads were the best part of 20E and main courses ranged upto 50E for a steak.

Breakfast was a selection that would be acceptable to international clients, however it did feel like being on a production line and being expected to finish your food in 25 mins.

We meet with some other colleagues later in the morning in the coffee area, it felt like we were criminals who would not pay, every time we order coffee, the staff stood there with a bill. In other hotels you might need to deposition your card to run an account but to receive service like was not acceptable.

In short, it was difficult to find from the airport, don't arrive after 22:00 if you want to eat, don't expect too much in the way of quality in the room, take a big loan to pay for your food if you eat, eat your breakfast in 25 mins and don't hold a meeting there.

Thank you very much for staying at our hotel a few days ago. I regret that you were not satisfied with our performance.

The days around Christmas and New Year’s Eve are considered as low season. We were only able to welcome a few stranded guests as most of the people preferred to stay at home and visit their families. Due to the low occupancy we closed one restaurant while our international restaurant Flavors was still open. It is true that this restaurant closed at 22:00 pm; however our two bars were still open. At our bars you can enjoy culinary highlights of our “Bar Snacks Menu”, e.g. Club Sandwich, American Burger, Tandori Chicken and so on. Upon your next stay you may want to visit our restaurant Taverne which is normally open until 23:30 pm.

Please do not take this wrong but I can absolutely vouch for the friendliness and courteousness of my hotel staff. My team surely does not force guests to finish their breakfast. I guess there must have been a serious misunderstanding.

We would be happy to show you at your next stay that your first impression was a totally wrong one and hope you will give us another chance someday.

Report response as inappropriateThank you. We appreciate your input.
This response is the subjective opinion of the management representative and not of TripAdvisor LLC.
cnalsc
San Francisco Bay Area
7426
Reviewed January 9, 2013
Best airport hotel anywhere

Located just across a walkway from the Frankfurt Airport, this is the place to stay if you're transiting through the Frankfurt. Huge public facilities; nice gym; excellent breakfast buffet. Rooms are standard Sheraton style.

We were very pleased that you stayed at our hotel. Thank you very much for your feedback.

The convenience for air passengers is really unbeatable. I hope you had a safe journey home and that you will give us the pleasure to welcome you soon again.

Report response as inappropriateThank you. We appreciate your input.
This response is the subjective opinion of the management representative and not of TripAdvisor LLC.
SavvyTraveler738
Toronto, Canada
191171
Reviewed January 6, 2013
Good place to conduct business

The hotel was ok. It was for interviews and business trip. It was very clean and well maintained. Comfortable rooms, what you would expect from a Sheraton brand. If I was on business for a short rip I would stay there again, but if I was going back for 4 nights like I did on this trip I would stay in the city proper. I was there for 5 days and I felt it didn’t have warmth….it felt very sterile. But besides that, again, it was a very convenient place for my meetings with out of town visitors. The restaurants can use some umphhh as they were very vanilla especially the “bar” behind the wall. While I was there, there was an HP meeting and if they weren’t there I imagine the bar would be quiet empty. One thing that worked well was that it was only 5 metro/subway stops from the center of town and the elevator to the subway was right at the hotel (in the overpass to the airport). If you do get a chance to go to Frankfurt make it in December as the Christmas market was in full swing and it was very enjoyable. The internet worked very well but you had to pay which is starting to annoy me and I am choosing hotels now where the internet and wi-fi are free. Again, a good place to stay but nothing special.

Thank you very much for your feedback here on TripAdvisor. I totally agree with you that there are nicer hotels for a longer holiday, but if you need a relaxing break on your journey we are the best place to stay. You cannot beat the convenience of an airport hotel when you need a stopover. And our hotel is just 15 minutes' away from the Frankfurt am Main's city centre, so it's within easy reach of the city's main attractions, shopping areas and business districts. The Christmas market is indeed very nice and a “must visit” place during December.

We hope to see you soon again!

Report response as inappropriateThank you. We appreciate your input.
This response is the subjective opinion of the management representative and not of TripAdvisor LLC.
View more reviews
PreviousNext
1…483484485…