$113
$78
View deal
Free cancellation until 12/08/21
Official Hotel Site$94
Hotels.com$91
travelup.com$113
View all 19 deals
Prices are the average nightly price provided by our partners and may not include all taxes and fees. Taxes and fees that are shown are estimates only. Please see our partners for more details.
525ajdas
Celje, Slovenia
174

I stay at this hotel every year during IFA and I'm quite satisfied. The best thing are breakfasts - amaziiiiing!! ;-) Also lobby and rooms are nice. The location is great, public transport in near, there are also some shops nearby. The one thing I would like to be changed is the way room, especially bathroom is cleaned each morning. It's not dirty, but I was a bit dissapointed when I realized thet cleaning lady doesn't refill the soap, cotton wool. And yes, unfortunatelly there were also some hair in the bath! Each and every day I came back to my room.More

Dear Guest, thank you very much for taking the time to give us this wonderful feedback. We are sorry to hear that the cleanliness in the bathroom did not meet your expectations, but we can assure you that we told our housekeeping team to make it better. Thank you once again and hopefully see you next year! Best regards
Joachim Reisch

Report response as inappropriateThank you. We appreciate your input.
This response is the subjective opinion of the management representative and not of TripAdvisor LLC.
See all 1,738 reviews
Nearby Hotels 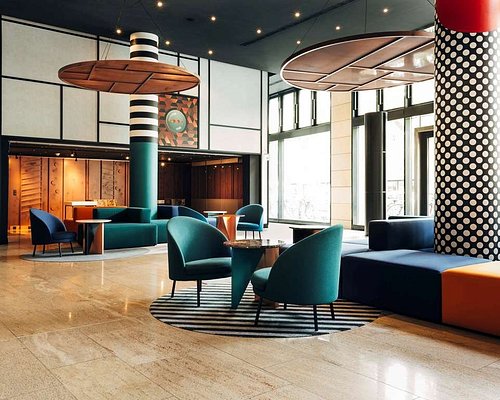 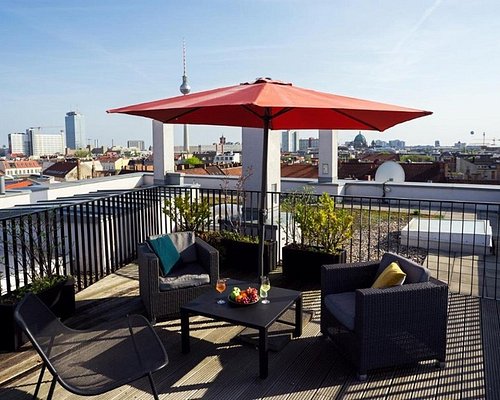 We were here for a citytrip so we chose one of the cheapest hotels in mitte. We were suprises with Arcotel john F.
Very good hotel in the heart of Berlin with
nice rooms & good breakfast.
Price/quality very, very good.
3 min walk from the u-bahn station Hausvogteiplatz.

This review is the subjective opinion of a Tripadvisor member and not of TripAdvisor LLC.
Debby K
Jerusalem, Israel
285209
Reviewed August 28, 2016
Quite nice hotel in a good location

The hotel is near Museum Island, which is convenient, and reasonably close to some subway stops. The room was large (we had a superior room) and clean, and the bathroom was also very clean, though a better shower door would have helped prevent a wet floor. (It was one of those partial enclosures that Europeans seem to be big on and I never understand.) The apples in the room are a nice touch, and the tea and coffee service is much appreciated. There were decent pillows (two types, which is good) and the beds were comfortable. Plenty of outlets, including right next to the beds, which is very convenient. There are a few details that could have made it even better - those squeeze bottles of soap are not easy to use and I still like a real bar of soap. They need a safety rail in the tub - kind of dangerous stepping out and you have to be careful to avoid slipping. They neglected to restock the tea on one of the days - that should be checked more carefully. Late at night I was not going to call down to get more tea. The one thing that was annoying was that I had to make a *collect* long distance call to my bank because I was robbed while in Berlin, and my SIM card was giving me problems, so I used the room phone, and they charged me over 8 Euros! For a collect call! I called first to ask if they would charge and the receptionist said yes, but she didn't know how much. Considering how important it was, I just did it, but did not expect such a charge. Out of line.

This review is the subjective opinion of a Tripadvisor member and not of TripAdvisor LLC.
AAlGhoul
Vancouver, Canada
7032
Reviewed August 28, 2016
Charming little property in a great location

In terms of space, this hotel definitely exemplifies the "less-is-more" mantra. The lobby and rooms are limited in size but have a very comfortable, efficient feel to them.
The staff was very friendly and professional and the breakfast offering was excellence. I had a couple of drinking and sandwiches with a friend at the lobby lounge and we were both pleased with the experience.
To top it all off, the hotel is within a walking distance from a whole array of attractions, and dining/shopping options. I would definitely want to stay here on my next trip to Berlin.

This review is the subjective opinion of a Tripadvisor member and not of TripAdvisor LLC.
O3273QEkarenm
Florida Panhandle, Florida
146
Reviewed August 24, 2016
Great overall hotel, close to Museum Isle

Great location, clean, friendly staff and apples, apples, apples! Location a short walk from bistro eateries, museum isle and the Berlin Cathedral. Staff was very helpful, friendly and knowledgeable. And the breakfast offerings fit for royalty! FYI : We walked to the Cathedral and climbed the dome for a panoramic view - it was breathtakingly beautiful! There is an observation tower that is higher, some of our group ate there in the evening but could not see out the windows at night - so if you don't want to climb stairs at the cathedral - go there, just during the daytime, otherwise the lights on the tower blocks your view at night.

Room tip: No issues with our room. We were on 3rd floor over the restaurant
Ask O3273QEkarenm about ARCOTEL John F Berlin
Thank O3273QEkarenm

This review is the subjective opinion of a Tripadvisor member and not of TripAdvisor LLC.
Jason V
31
Reviewed August 23, 2016 via mobile
Price is right.

Very close to the site that you would want to visit in Berlin. Price wasn't bad either and that free apple in the room hehe. We only stayed for a day in Berlin and my time on Arcotel is absolutely amazing.