$251
$241
View deal
Priceline$251
Expedia.com$246
Hotels.com$246
View all 15 deals
Prices are the average nightly price provided by our partners and may not include all taxes and fees. Taxes and fees that are shown are estimates only. Please see our partners for more details.
MolleeSF
San Francisco, California
215

Quiet Boutique Hotel in the Middle of Bustling Munich

This was the first hotel we stayed in as a part of our 5 week trip through Europe. After traveling for 15 hours from San Francisco, we were thrilled to have a suite with a separate bedroom and living area. This allowed us to keep our baggage in one area and not feel too cramped.

The hotel is just a few blocks to all of Munich's attractions, shops, cafes and amazing restaurants! The staff were cheery and very helpful throughout, and the one breakfast that we had was tasty and abundant. We would highly recommend anyone coming to Munich to stay here!More

Show less
Room tip: Pay a little more and get a 1 bedroom suite. Also, make sure to have a garden room as it is very quiet.

Thank you very much for this fantastic review on tripadvisor! I am very happy you enjoyed your stay with us at the Maximilian Munich this much... It would be our great pleasure to welcoming you again whenever your travels bring you back to Munich.
Kindest regards, Eva Kubon

Report response as inappropriateThank you. We appreciate your input.
This response is the subjective opinion of the management representative and not of TripAdvisor LLC.
See all 422 reviews
Nearby Hotels 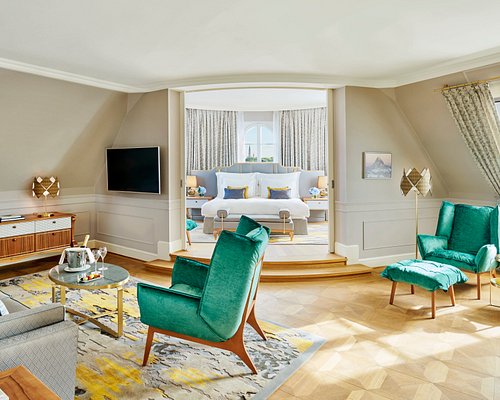 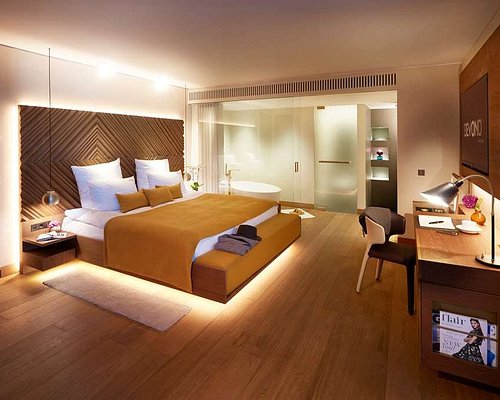 Just a 5 minutes walk to HofBrauhaus or Marien Platz. The hotel is really in the center. Rooms give out to a nice green courtyard with fountain which make them very silent for a good night rest.
Room has seating area. Beds are confortable. Clean and a nice staff to help you whenever you need.
Wifi for free and no problems connecting.
Our room was on the first floor and without elevator. May be it is a bit pricy, but on the other hand the rooms are spacious and you are in the center.

Dear DirkP,
Thank you so much for sharing your experiences with other travelers on tripadvisor. It is true that our rose garden is a unique and very quiet spot in the heart of Munich's old town - making it possible to sleep with an open window without being disturbed by the city noise. I am very happy to read how much you enjoyed your room and our services. Should your travels bring you back to Munich- it would be our pleasure to welcome you back at the Maximilian Munich!
Sincerely yours, Eva Kubon

Report response as inappropriateThank you. We appreciate your input.
This response is the subjective opinion of the management representative and not of TripAdvisor LLC.
richmond007
Hamburg, Germany
2338
Reviewed August 21, 2016
nice quiet hotel

This was a pleasant experience. A nice little hotel just behind the Mandarin on a quiet street (note there is a public car park building just in front though there was not much car traffic when we visited). It's extremely central to Maximilianstrasse and surrounding areas and not too far from the Deutsche Museum. It's an old building but well renovated. We had a room to the front. If you want it really quiet then take one to the back (Innenhof). The staff was excellent, well trained, helpful and very nice. The breakfast was of good quality. We would come back.

Thank you so much for sharing your experiences with other travelers on tripadvisor. I was very pleased to read how much you enjoyed your stay at the Maximilian Munich - its location and services. It would certainly be our great pleasure to welcome you back any time in the near future.
Sincerely yours, Eva Kubon

Report response as inappropriateThank you. We appreciate your input.
This response is the subjective opinion of the management representative and not of TripAdvisor LLC.
travellingbuzz
Auckland Central, New Zealand
356195
Reviewed August 1, 2016
Pleased we made this choice

When I was booking the Munich section of our holiday I was finding it difficult to find good value spacious accomodation with laundry and wifi at a mid price point. I ended up stepping up my price point a fair bit but the result was a great sized one bedroom suite (we were travelling with a teenager); with a separate kitchen area that didn't encroach on what became the teenager's room; very quite and well located. We chose not to spend the money on the hotel breakfast and instead went out or on one morning - piked up rolls and juice from a nearby bakery.

A previous reviewer has said that the laundry lacked English translation. I found enough to get me by and the staff would be more than happy to come and help if you need. The desk staff were always pleased and helpful. The bathroom had a shower over a bathroom but a nice innovation was a wee "widening circle" in the bath t the shower end so that you had enough space to shower.

There is a wellness area but you needed to book it so I wasn"t able to go and "check it out" to determine if we wanted to book it. Again...I'm sure if I was determined to have a look; then the staff would have facilitated it.

The choices I have below on Trip Advisor are "mid Range" or "luxury". It is certainly not a mid range price but not a luxury hotel. Good quality yes.

The roll out couch wasn"t the most comfortable in the world. I think it needs refreshing. If you are booking a roll out I would ask for it to be checked.

thank you very much for sharing the experiences of your stay at the Maximilian Munich on tripadvisor.com.

I was very pleased to read how much you enjoyed every aspect of your room and how helpful our colleagues from reception were. Our wellness area has no specific opening times - we kindly ask our guests to tell us about an hour in advance when they would like to use it - and we switch on the Sauna and steam-room...
As to the pull-out couch - we are fully aware and have ordered brand new couches only 10 days ago - because of the vacation time they will be delivered in about 8 weeks from now.

Dear travellingbuzz, it was our great pleasure to have you and your family staying with us at the Maximilian Munich. We certainly hope to welcome you back on your next trip to Munich.

Report response as inappropriateThank you. We appreciate your input.
This response is the subjective opinion of the management representative and not of TripAdvisor LLC.
Trustworthy72
Overveen, The Netherlands
116
Reviewed July 30, 2016 via mobile
Service and maintenance not up to standards

This 4-star hotel was disappointing, although the location is excellent and close to most Munich main attractions, our stay was affected by a number of issues.
We requested in the booking two rooms close to each other due to the kids but we were accommodated even in different buildings, which resulted in some trouble during the stay. The receptionist was kind but could not resolve the issue.
In one of the rooms the wi-fi connection was not available although promised for free, this together with the absence of a 3G connection made us web-isolated which is outrageous in the center of Munich. I complained but the issue was clearly not addressed.
Although I paid in advance for 4 full breakfasts (kids too) i was presented a bill at the first opportunity which was a bit annoying.
One toilet was broken and fixed, but both toilets were inhabited by little bugs during the nights which is not acceptable in a high-end hotel.
All in all, no value for the money spent.

First of all I would like to thank you for having taken the time to share your experiences at Maximilian Munich with the TripAdvisor community.

I am very sorry to read that your stay with us did not meet your expectations. On the one hand I am happy you appreciated the excellent location of our hotel - but I am sorry to hear that we were unable to locate your two rooms together, I regret that the Wifi connection was instable in one room and that my colleague presented you with a breakfast bill (which was not charged) although your rate included breakfast.
I have shared your comments with the entire team and we shall do our utmost to improve our services.

I certainly hope we do get a second chance whenever your travels bring you to Munich to then leave you with better memories of the Maximilian Munich.

Report response as inappropriateThank you. We appreciate your input.
This response is the subjective opinion of the management representative and not of TripAdvisor LLC.
Laura B
Santiago, Chile
19276
Reviewed July 26, 2016
Nice Apart-Hotel in an Excellent Location

We chose this hotel because we were traveling with our daughter, son in law and their two young children. We had a studio and they had a one bedroom suite. We were warmly greeted and given the choice of the hotel parking garage or a public parking building across the street. We chose the public garage. The cot we requested for the baby was installed when we arrived. Both rooms had well equipped kitchenettes and great coffee machines. The coffee included. The rooms and decor were a bit outdated and tired. They were clean but by no means a clean as I would have liked. There is a laundry room available for guests with Miele machines but tricky to operate if you do not understand German. A sign in English with instructions would help. The location is excellent, an easy walking distance to Marienplatz and just around the corner from the famous Hofbrauhaus.

First of all I would like to thank you for sharing your experiences with other travelers on tripadvisor.com.
It is very good to read that you were satisfied with our services, the hotel and location in general - I am sorry to read that the room was not as clean as you would have liked it. Cleanliness is of utmost importance to us and it is one of our strong points in most of the reviews. As to the instructions for the washing machines and dryers, you may find them in German and English in the laundry room - right on the door of the dryer.

Thank you for choosing the Maximilian Munich for your and your family's stay in Munich - we certainly hope to be your hotel of choice whenever your travels bring you back to Munich.

Report response as inappropriateThank you. We appreciate your input.
This response is the subjective opinion of the management representative and not of TripAdvisor LLC.
View more reviews
PreviousNext
1…192021…