Terrible is the right word to describe it. Traveling weekly around Europe, I have not seen a place or an attitude worse than here. I really hope other travelers avoid booking this miserable location in the future.

See all 104 reviews
Nearby Hotels 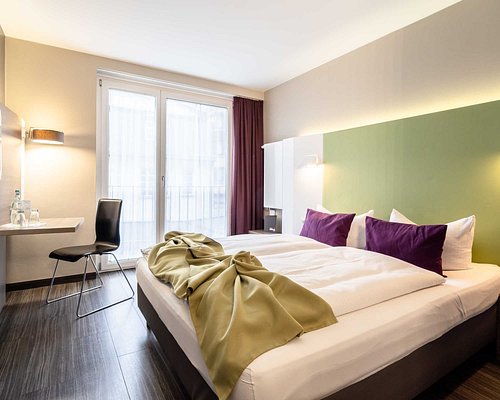 I stayed in more than 100 hotels of various levels, and this is my honest review on this place (cba to call this a hotel):

This review is the subjective opinion of a Tripadvisor member and not of TripAdvisor LLC.
OlgaB2341
Berlin, Germany
11
Reviewed November 10, 2016
No respect to clients!

No any attantion to clients claims. Sure would never attend again and so my friends and partners.
The most owfull is staff do nothind to improove the situation with low temperature.

This review is the subjective opinion of a Tripadvisor member and not of TripAdvisor LLC.
liescodeluxe
Hazerswoude Rijndijk, The Netherlands
4213
Reviewed November 9, 2016
Simple but good accommodation

We stayed at the 4th floor and the reception was on the 3rd floor. The floor was very quiet and even though we were on the street side, the traffic could barely be heard. The hotel is very close to the city centre (1 stop by metro to Marienplatz or 10 minutes by foot). A great hotel with friendly staff and very suitable when you are on a city trip!

This review is the subjective opinion of a Tripadvisor member and not of TripAdvisor LLC.
Igors A
Riga, Latvia
29
Reviewed November 7, 2016
Worst experience in a lifetime.

The way the hotel sells it rooms is cheating. They sell a room with a shared bathroom, not saying that you don't have a toilet in your room. The only toilet available is on one specific floor. Terrible experience. Really poor hotel. Rooms are not clean. Walls are thing, very thin. In addition receptionist is just smiling at your complains for above.

This review is the subjective opinion of a Tripadvisor member and not of TripAdvisor LLC.
Dave S
London, United Kingdom
611
Reviewed November 7, 2016
They used my card twice and didn't fully refund - basically stole money from me

Do not stay with this hotel. They might steal money from your account and refuse to fully refund it.

I asked them for proof and they triumphantly forwarded my my booking from the previous year - obviously without reading it properly since it clearly stated the booking was 2015.

I pointed out their mistake and demanded they refund. They sent a refund but, due to currency fluctuations, I did not receive the full amount.

I told them of the currency fluctuation and demanded the rest. They never responded.

I reported a fraud to my bank, and I contacted the German authorities because I'm sure it must be illegal to retain my credit card details for a year after I stayed with them.