$110
$77
View deal
Free cancellation until 10/22/21
Priceline$83
Hotels.com$95
travelup.com$110
View all 18 deals
Prices are the average nightly price provided by our partners and may not include all taxes and fees. Taxes and fees that are shown are estimates only. Please see our partners for more details.
marysehk
Bsalim, Lebanon
133

Very nice location, close to the beach, restaurants and shopping area.
Clean room, small bathroom, safebox available.
Very helpful staff.
Free wifi but it goes off frequently and we had to login each time.
We were located at the 2nd floor so it was a bit noisy in the morning and at night due to street noise.
The last day of our stay, we checked out early and left our luggages at the lobby.
When we came back later on, the receptionist handed us a watch that my friends had forgotten in a bag to throw at their room.
I would definetly stay there again.

Trip type: Traveled with friends
See all 641 reviews
Nearby Hotels 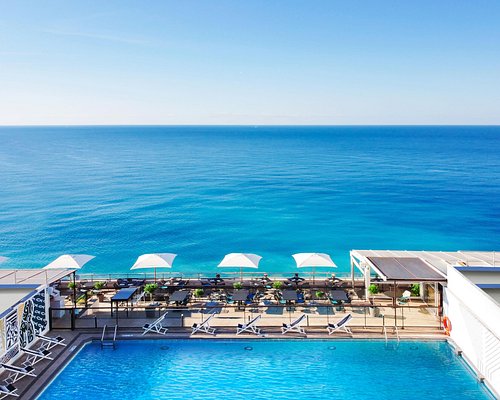 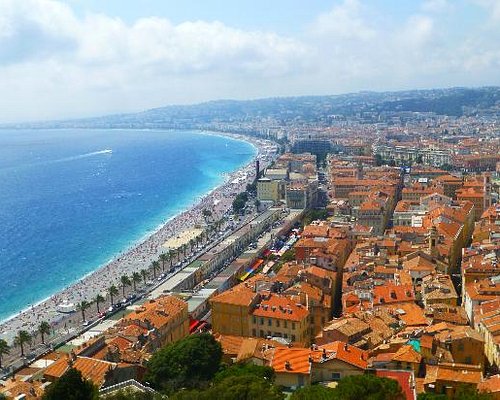 Nice hotel well situated in central Nice. 150m to the beach and bars/restaurants just outside. Nice lobby and friendly staff. Room was clean and tidy. Good bed. Locker for valuables. Free Wifi, but got thrown out quickly which called for a lot of logins. Bathroom was nice but could have had more hooks to hang up towels on. A heater would have been good. On the whole a good hotel.

Ask Peter B about Hotel Suede
Thank Peter B

This review is the subjective opinion of a Tripadvisor member and not of TripAdvisor LLC.
jan a
Titchfield, United Kingdom
85
Reviewed August 1, 2016
Lovely location

Stayed a few days at The Suede, friendly and helpful staff, good breakfast and a lovely air conditioned room. Close to the beach, shopping and city centre. Close to the shops and local transport, excellent value for money

Ask jan a about Hotel Suede
1  Thank jan a

This review is the subjective opinion of a Tripadvisor member and not of TripAdvisor LLC.
JDS404
Wales, United Kingdom
141
Reviewed July 16, 2016
An excellent stay in a beautiful city

I stayed in a triple room for three nights. The room was quite clean, with modern décor (although the brown carpet made the room look older). When you enter the room, you could smell a sort of floral scent from the air con, which at first was off-putting, but I could get used to it during the end of my stay.

I slept fairly well, with little street noise at night. The beds were comfortable to sleep in. The bathroom was fairly big compared to other hotels that I've stayed in. The shower door seemed a bit odd as it could swing from side to side, and as it didn't cover the entire shower, you might accidentally flood the bathroom.

The balcony, although small, was acceptable enough to sit outside in the hot sun, whilst watching passers-by below. I was lucky to have a balcony as only few rooms have them.

The main reason that I didn't rate this hotel as 5-star would be the breakfast quality. The breakfast room is oddly on the 5th floor, alongside other bedrooms. The room was quite small to occupy the whole hotel - so I decided to go to breakfast early. Having breakfast on the terrace balcony was the best place to have it, as supposed to sitting inside, in my opinion. The taste of the croissants, bread, and drinks on offer were poor compared to other places to eat nearby. I noticed that this hotel also offered English breakfast, but I didn't try this during my stay.

You were also able to have a safe and could put your suitcases in a lock-up room whilst waiting in the lobby. The hotel also offered free Wi-Fi, which was surprisingly quite fast and worked quite well.

Overall, this hotel is fairly priced for everything it offers, however, the breakfast which was 14 € per person seemed overpriced for the quality of the food. The location is excellent within walking distance to nearby cafés and the beach.

I would definitely stay here again!

Room tip: Try to get a room with a balcony facing the Avenue de Suède.
Ask JDS404 about Hotel Suede
Thank JDS404

This review is the subjective opinion of a Tripadvisor member and not of TripAdvisor LLC.
Stefan A
64
Reviewed July 16, 2016
Great beds and nice staff in the lobby, otherwise very disappointing

The hotel's personnel at check in- and out was very nice, and they were great at English. That said, the personnel alone can't save a hotel that isn't up-to-date... Or even up-to-2005.

The bathrooms are as tiny as they can get, and if you prefer to clean a certain part of your body after using the toilet, beware that the toilets flushing ability is really, really poor. It takes ~2 flushes to get rid of the toiletpaper, hence why there were toiletpaper in the toilet when we arrived.

The shower isn't really thought through. There's a bathttub with a showerhead that's mounted on the middle of the wall, making it impossible to take a normal shower, which means you have to hold the showerhead in your hands at all times, while taking a shower - not really convenient.

The elevator is slow at getting to your floor, and the corridors to the rooms are really, really narrow. No more than a metre wide - if even a metre.

The breakfast was €14 pp per day, which really wasn't worth it, considering the fact that you could get twice the selection for half the price at the basseries nearby..

The hotel's location is great though, very close to the beach(es) and the busy streets.

Ask Stefan A about Hotel Suede
1  Thank Stefan A

This review is the subjective opinion of a Tripadvisor member and not of TripAdvisor LLC.
yvetteb4510
Andover, Massachusetts
339186
Reviewed July 7, 2016
good location probably would make a different choice next time

A tiny room, even by European standards. 3 people and two suitcases made moving around the room difficult. Despite 3 people we only had two sets of towels even though we asked for a couple more (twice). The shower is 2x2 so if you bend over careful not to hit your head and pop the door open or the shower will flood the floor. Our window opened into a...not sure what to call it but all we could see was three other walls and lots of cigarette butts. when checking in the front desk staff was friendly enough but after that we barely got a bonjour or a bientot. When I requested a taxi for transport to the airport and checked out there was no thank you, no smile, nothing. the wifi was totally unreliable and would disconnect even in the middle of writing an email or researching a tour. We did not eat breakfast as the hotel as it seemed quite expensive 14euro/pp and there are several patisseries right close by. All that said the location was great and I gave the hotel 3 stars because we were not really there for the hotel anyway. Close to the beach, many restaraunts, shops and not too far to the train.