Surroundings not pretty but brilliant location for stations & other transport & we were on Eurostar & easily dragged cases there. Once inside, everything clean, smart, tidy & staff good. Some attention to detail required as our spacious room needed supplies for Tea station, a towel short, lightbulb but reception came immediately & fixed everything. Huge bathroom with wet room-style shower, but frankly it needs a screen or curtain as the whole floor gets splashed (particularly when washing hair) - or a squeegee? Check-out is noon, so also great for morning sightseeing & back to hotel to shower & change before departure. Really great spot & would certainly return if travelling by train as its so relaxing to know you can get to station on time, with no worries about the inevitably horrendous traffic delays !More 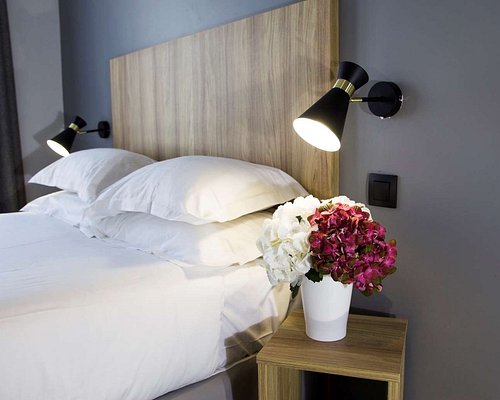 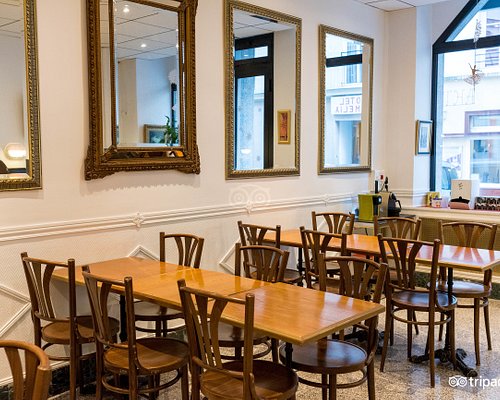 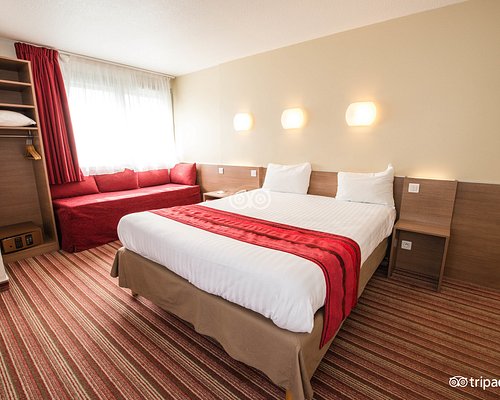 Front reception clerk Mr. Farhat was frustrated with an issue caused by hotels.com and took it out on us. We arrived the day of our check in with a guaranteed and confirmed reservation at the hotel but Mr. Farhat refused to honor the reservation due to his frustration with the site. We had to spend an hour and a half waiting in the lobby for absolutely no reason after having spent the day in airports. In the end he was forced to give us the room and we got free breakfast. Terrible check in experience and worst customer service I've had in a while which nearly ruined my evening.

The hotel room itself was nice, included breakfast acceptable and proximity to Gate du Nord a main plus but I won't be returning here that's for sure.

This review is the subjective opinion of a TripAdvisor member and not of TripAdvisor LLC.
artiestdewever
Antwerp, Belgium
6823
Reviewed August 25, 2017
More than fair

For the price you pay this hotel is very neat, clean and well-provisioned. The staff is very nice and tries to help in anyway they can. The rooms, though on the small side, are very cozy, and even though the location isn't to pretty, it is very convenient and not as noisy as you would think.

This review is the subjective opinion of a TripAdvisor member and not of TripAdvisor LLC.
990deb
Bundaberg, Australia
4515
Reviewed June 23, 2017
Over priced for two stars

Hotel is close to train stations but the neighbourhood is not very nice and nothing in Paris is far from a Metro station anyway, so I don't see this as a major selling point. The bed was comfortable but the room was noisy. No air conditioning, only a small desk fan and The weather was so hot. Tried leaving the windows open but there was so much street noise from the locals and homeless hanging around that we couldn't. Nice strong shower but with no curtain or screen the water went everywhere. No fridge or tea and coffee making facilities in the room. Desk staff were not very friendly.

This review is the subjective opinion of a TripAdvisor member and not of TripAdvisor LLC.
petematthews
West Drayton, United Kingdom
14994
Reviewed June 5, 2017
Great for Gare Du Nord

This hotel fitted my budget and I was pleasantly surprised. It was near to Gare Du Nord which I wanted / Good for Metro hub. Plenty of food places to choose from - (not all of them looking that inviting) but I did manage to find 2 places for both the nights I was there. The room itself was well maintained, clean. free wifi - good sized bathroom and quiet. The hotel seemed in a good decorative state. The receptionist -friendly and helpful.
The surrounding area itself was a little intimidating with lots of young black Youths/men hanging around in groups. But you get that in many cities....and I personally didn't have a problem with it, but perhaps a lone lady might think twice before staying in this area.

This review is the subjective opinion of a TripAdvisor member and not of TripAdvisor LLC.
still m
96
Reviewed May 27, 2017
budget friendly hotel

if you're searching for a budget hotel, this place is it.

this hotel is near by the metro and easily accessible from
CDG airport, its about a 5 minute walk from the gare du nord stop.

it's about a 40 minute train ride on th B line(blue color on the map). i also purchased a week passed when i arrived monday, the cost was around 28e, additional 5e for
the passport size photo for the pass. visit parisbytrain . com, it's a great website with info and photos on how to find the train after exiting customs, where to purchase tickets and take the photos.

the hotel has a big Hotel D Amiens sign outside of it. at first glance of the location upon arrival, the area looked sketchy but it really isn't. plenty of people everywhere during all hours, i was out till 4 am almost every night and didn't feel threatened at all. there are several women beggars with children nearby though.

the check in was quick, about 5 minutes. i was handed one key and a piece of paper with the wifi info.

my room was on the third floor around the corner from the lift. the hallways are narrow and the walls are thin. doors seem to slam open and close through out the night as guest comes and goes, or brief conversations in the hallway. for the most part, it was fairly quite till about 10 am, that is when the cleaning begins and the guys outside my window begin their daily conversations with music.

i had a full size bed(two twins together)it was perfect for me, it's on the firm side. the blankets, sheets, and pillows all smelled clean/fresh but i didn't have any towels.

i walked downstairs and asked for towels, 5 minutes later, my towels were delivered.

the room is small but it's good for what i paid for. there were no ventilation control for the a/c. there is a window but no screen, you can also here the guys down there talking and playing their music while they do work. i don't think it's construction because i didn't hear any tools or loud pounding, just talking and soft music.

the room does not offer a clock, fridge to keep food/drinks cold, no coffee or hot water maker in the room but available all day downstairs.

the bathroom is also small but it comes with a small sink, toilet, and a stand up shower only - what else do you need in a bathroom. it also has a hairdryer with a 220v and 115v power source on the hairdryer unit. the rest of the outlets in the room were 220v.

the room also had a flat screen tv mounted on a wall in front of a desk and chair next
to the open cabinet. the free wifi worked well in my room during early mornings and late nights.

i wouldn't say this hotel is nearby to any attractions, the closest one was the palais garnier

it was about a thirty minute walk from the hotel, from there i kept walking and found myself somehow at the musee de louvre. i just walked and wandered around on foot, it was a lot of walking but i also discovered different areas on my on pace - avoid the hop on off bus.

plenty of restaurants near
the hotel, chinese fast food that closes at 22:00, LaCantina which seems to be open all night, japanese and several halal places. my favorite place was about a 10 minute walk from the hotel, it's a pizza place called picolla pizza.

if you're on a budget, book this hotel. it's near the train so it's not difficult from getting to and from the airport, the area is safe with plenty of restaurants.

This review is the subjective opinion of a TripAdvisor member and not of TripAdvisor LLC.
View more reviews
PreviousNext
1…456…54