Great Potential to be a lovely cottage - SMITHY COTTAGE,WiFi,open fire, in Tirril Ref 972439 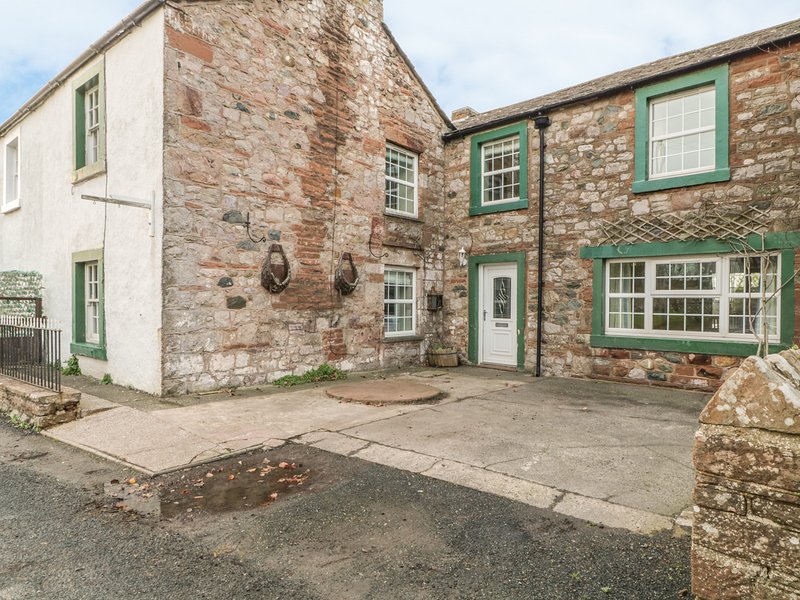 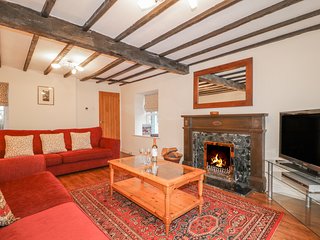 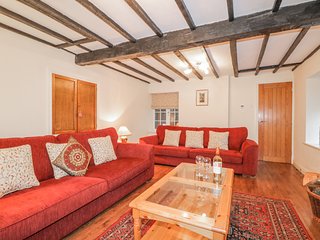 Average - based on 10 reviews
Write a Review

10 helpful votes
“Great Potential to be a lovely cottage”
Reviewed May 6, 2016 for a stay in May 2016
1
person found this review helpful

We had high hopes of Smithy Cottage and I had hoped to give it at least a 4 star rating. First the good points for us - spacious, 3 bedrooms, 3 bath/shower rooms, open fire, internet and the location (5 minutes from my mother in law). We stayed with our 2 grown up sons. However there were so many issues . Windows - many of them are just there to let light in and do not have a facility to open them - for instance in our double bedroom which is not satisfactory at all not being able to open a window. It would have helped had we been able to open the window in our en suite, however the mechanism was broken. In all the bathroom/shower rooms there were patches of black mould - no doubt due to lack of ventilation but again unacceptable. Many lights and lamps either had light bulbs that did not work but also some did not have any bulbs in at all - totally unacceptable that the housekeeper had not checked all these fittings (as I do in our own holiday let). The state of the decoration of the whole house is very poor - lots of marks and scrapes on the walls and large patches of worn paint and patches of damp (for instance round the window seat in the sitting room). Considering it is early still in the season you would expect the decoration to be in good order! In the bathroom with the bath in is a leak to outside. I see this was reported in the visitors book in October and then November 2015 and has still not been fixed. In the kitchen the brabantia bin lid was open when we arrived. I assumed the cleaner had left it open but it was open because it is broken. Also in the kitchen there are big chunks out of the side of the worktop going back to bare wood again - again lack of care and you get the feeling the owners are not really bothered as to the standard that guests should expect. Heating. The underfloor heating works well downstairs. However upstairs are radiators and this is where issues arose. When we woke up on the first morning the radiators were not on and indeed did not give off any warmth untll after 10.00 a.m. - not nice to wake up to cold bedrooms when there are plenty of radiators. Again in the evening the radiators were cold. We "turned" the control up on the landing to 25 but still the radiators were cold. In the end by the 3rd night we found we had to turn the heating control up to 30 to get the radiators to work properly - and then turn the control down to 25 once they had reached the right temperature. We are used to and have always lived in old lake district cottages so are used to old buildings and the cold but were radiators are advertised we expect them to work. The heated towel rails never worked. Towels - we had not expected that towels would not be provided! In the advertisement it does not mention towels so we had not thought to check since it is rare nowadays to rent a property that does not provide towels. It was fortunate that we were only 5 minutes away from my mother in laws so that we could go and get some towels. Many people in the visitors book have complained at arriving to find no towels and having to go out into Penrith on arrival to buy some. If towels are not to be provided then that should be CLEARLY stated on the advertisement. Finally the cottage was not very clean - cobwebs on the landings and layers of dust on the surfaces and television. It is a great shame because essentially this is a lovely cottage with potential to be very good. I was not going to leave a review as I have emailed the Agents - Lakes Cottage Holidays of Carlisle and had expected they would have responded to at least say they had passed my comments onto the owners but have not had a reply.

Date of stay: May 2016
Traveling group: Extended Family
Would you recommend this hotel to a friend?   No.
Was this review helpful? Yes
This review is the subjective opinion of a TripAdvisor member and not of TripAdvisor LLC.
Good afternoon
We are disappointed to read that you experienced problems during your stay. As you aware from our Terms and Conditions which are clearly displayed on our website and sent to you with your holiday confirmation we do ask guests to call us with any problems during their stay in order that we can rectify issues and make their holiday more comfortable and enjoyable. We have not been contacted by yourselves or received any email complaints from our guests staying at Smithy Cottage, as we have no name to go on or arrival date we are assuming you left the property on 4th May and your review posted on 8th May, giving us insufficient time to investigate and respond even had we received your complaint. Please resend your complaint to info@lakescottageholiday.co.uk where we can properly investigate and reply accordingly. As standard, the majority of our properties do not supply towels and again this is stated in our Terms and Conditions. However, if you had called us on arrival we could have arranged to have some sent over to you.
As a company we do pride ourselves on our customer service and go out of our way to ensure holidaymakers have an enjoyable stay with us but unfortunately we can only put right any issues if we are made aware of them and we would have happily worked to resolve any problems during your stay.
Kind regards
Lakes Cottage Holidays
This response is the subjective opinion of the management representative and not of TripAdvisor LLC.
Problem with this review? Thank you. We appreciate your input.

We were a party of 6 . Grandparents, two daughters, granddaughter (14 years)
grandson( 6months)
Plenty of space for us all. Village offered opportunity to meander with baby and young dog.
Walked along small roads to Pooley bridge , we also walked back but could have caught the bus if we had wanted to..
Took the all day steamer to Glenridding and onto Airs force ( think there could have been a concession for parking at Pooley Bridge if taking the all day ferry ).
Visited Penrith ; Birds of Prey and Keswick .
There was just a couple of things neglected eg a tap and toilet in main bathroom, blind in double bedroom & back twin bedroom , chairs in conservarory and front door lock.
nevertheless a lovely relaxing week

Date of stay: August 2015
Liked best: comfort and location
Traveling group: Other
Would you recommend this hotel to a friend?   Yes.
Recommended for:
Was this review helpful? Yes
This review is the subjective opinion of a TripAdvisor member and not of TripAdvisor LLC.
Good evening
Thank you for your review following your stay at Smithy Cottage, Tirril. We are delighted that you had a relaxing week and enjoyed the location. We are sorry to hear that you had a few minor issues, had you brought these to our attention during your stay we would have had an opportunity to address the issues. However, we are glad that you, nevertheless, enjoyed your stay. We hope to welcome you in the future.
Kind regards
Lakes Cottage Holidays
017687 74060
This response is the subjective opinion of the management representative and not of TripAdvisor LLC.
Problem with this review? Thank you. We appreciate your input.

Sale Cheshire
Reviewed November 9, 2013 for a stay in October 2013
Date of stay: October 2013
Would I recommend this vacation rental to my best friend?
Recommended for:
Was this review helpful? Yes
This review is the subjective opinion of an individual traveler and not of TripAdvisor LLC nor of its partners.
Thank you for your review of Smithy Cottage.

We are pleased you enjoyed your stay at the property and took advantage of the location of the property.

Thank you for recommending Smithy Cottage and Lakes Cottage Holidays hopes to welcome you back in the near future.

Lakes Cottage Holidays
017687 74060
This response is the subjective opinion of the management representative and not of TripAdvisor LLC nor of its partners.
Problem with this review? Thank you. We appreciate your input.

Chesterfield
Reviewed June 16, 2013 for a stay in May 2013
Date of stay: May 2013
Would I recommend this vacation rental to my best friend?
Recommended for:
Was this review helpful? Yes
This review is the subjective opinion of an individual traveler and not of TripAdvisor LLC nor of its partners.
Problem with this review? Thank you. We appreciate your input.
Previous Next
1 2
Updating list...
Still can't find what you're looking for?

Looking for a place to stay in Penrith?
View all 94 vacation rentals