"I wish we had found this before" - The Old Chapel

Review of The Old Chapel 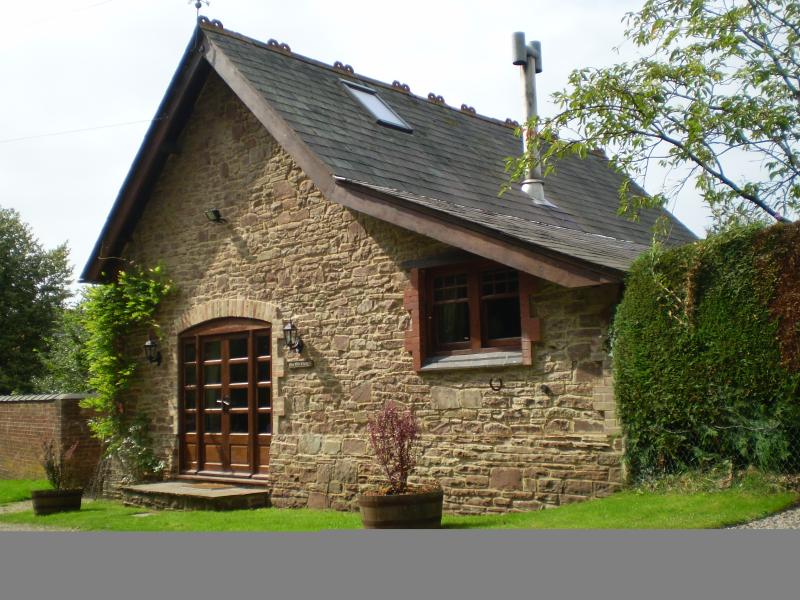 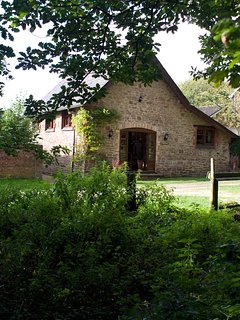 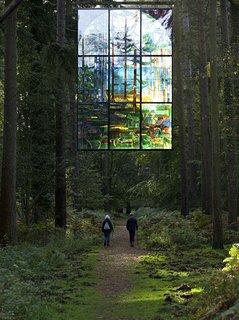 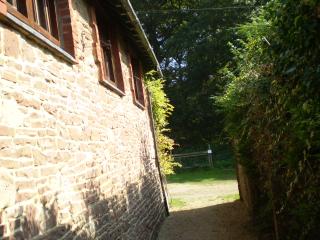 Excellent - based on 28 reviews
Write a Review

Tips:-
"Follow the driving instructions to the location or go on an adventure
Expect to be won over by the building, the facilities and the location
Take wine, your best friend and an "away from it all" attitude
Watch out for sleeping sheep at the roadside
Sit inside/outside, take it all, in listen to the birds and enjoy
Explore the forest, the railway, the village pubs, the river and the views
Be prepared to want to book again and boast to your friends "

Date of stay: June 2014
Liked best: Liked best: All of it
Liked least: Liked least: Having to leave and go home
Traveling group: Spouse/Partner
Would you recommend this hotel to a friend?   Yes.
Recommended for:
Was this review helpful? Yes
This review is the subjective opinion of a Tripadvisor member and not of TripAdvisor LLC.
Problem with this review? Thank you. We appreciate your input.

3 hotel reviews
“A cosy, peaceful converted chapel surrounded by the beautiful Forest of Dean”
Reviewed October 4, 2014 for a stay in November 2013

The Old Chapel sits on the very edge of the forest, making walking and cycling straight from the front door easy. The accommodation is exremely clean and comfortable, charming and very well-appointed. There is plenty to do in the area, wonderful walks and cycle tracks and excellent places to eat just a short drive away. It was autumn when we visited and the colours in the forest were amazing. The efficient central heating kept us nicely warm and the wood burning stove gave added warmth and cosiness in the evenings. We thoroughly enjoyed our stay and will definitely be going back.

Date of stay: November 2013
Liked best: Comfort and the nearness to the forest.
Liked least: Having to leave!
Traveling group: Spouse/Partner
Would you recommend this hotel to a friend?   Yes.
Recommended for:
Was this review helpful? Yes
This review is the subjective opinion of a Tripadvisor member and not of TripAdvisor LLC.
Problem with this review? Thank you. We appreciate your input.

Our third year staying in this lovely converted chapel, we absolutely love it, 4 of us staying and spending our week cycling and walking in the area. The Owner could not be more pleasant or helpful, an absolute pleasure to deal with and provides everything you could possibly ever need for a comfortable retreat. We have taken to ordering Tesco delivery on line which arrives with all our goodies for the week and works perfectly. Look forward to many more visits in the future.

Date of stay: July 2014
Liked best: Comfort
Liked least: Bonfires by neighbours
Traveling group: Extended Family
Would you recommend this hotel to a friend?   Yes.
Recommended for:
Was this review helpful? Yes
This review is the subjective opinion of a Tripadvisor member and not of TripAdvisor LLC.
Problem with this review? Thank you. We appreciate your input.

2 helpful votes
“Lovely peaceful accommodation with everything you could need”
Reviewed June 23, 2014 for a stay in June 2014

I stayed here with my mother for a 3 night break. The chapel sits right on the edge of woodland and is as peaceful as you could wish for. The accommodation is very well kept and the owner really has thought of everything that you might need while you are there including a wealth of information on the surrounding area. I've hired a number of houses and this really is excellent value for money. Thank you very much!!!

Date of stay: June 2014
Liked best: Peaceful location and great facilities
Liked least: If everyone wanted 100% privacy the balcony bedroom doesn't close off sound to the downstairs living space
Traveling group: Other
Your age range 25-34
Would you recommend this hotel to a friend?   Yes.
Recommended for:
Was this review helpful? Yes
This review is the subjective opinion of a Tripadvisor member and not of TripAdvisor LLC.
Problem with this review? Thank you. We appreciate your input.

3 helpful votes
“A warm, welcoming and atmospheric Old Chapel set right on the edge of the Forest of Dean”
Reviewed October 27, 2013 for a stay in October 2013

The weather was wet and cold as we arrived with our 92 year old mother. Full of trepidation regarding access and homeliness. We need not have worried. From the initial communication to the directions and access arrangements everything went so smoothly.

We had already done our research on Google Earth and located all points of interest in the Forest area that were accessible. We could see the forest access was immediately in front of the cottage and parking was very close.

As soon as we entered the Old Chapel it was warm and spacious and very homely. The documentation that was left for us was comprehensive and person. This felt more like someone's home rather than a holiday cottage. Everything was provided for our stay from spare batteries to light bulbs. There were spices in the jars and coffee, milk sugar and biscuits available.

A week of river trips, walks in the forest in search of the wild boar and deer, Symonds Yat and lake walks punctuated an active week despite the weather. We knew that we could return to a cosy cottage with a ready primed log fire, high quality TV and speedy broadband. There was full guidance of where to go next with personal recommendations of local restaurants and pubs.

The owner of the Old Chapel had made every attempt to make us feel welcome. This is a quality cottage made even better by the care and attention of the owner. We have been running holiday cottages for 15 years and we knew this one was special. A real home from home. Well done Doreen.

Date of stay: October 2013
Liked best: Warmth and everything possible provided
Liked least: Couldn't find the wild boar!
Traveling group: Extended Family
Would you recommend this hotel to a friend?   Yes.
Recommended for:
Was this review helpful? Yes
This review is the subjective opinion of a Tripadvisor member and not of TripAdvisor LLC.
Problem with this review? Thank you. We appreciate your input.

The cottage sells it self with great pictures, cleverly disguising it's true location. The sales patter talks of nothing but great pubs and woodland on your door step. The reality... It is set on the edge of a socially deprived estate, known to the local police for it's problems. No disrespect to the people that live there, but it is not my idea of a holiday location. We talked to the owner (unfortunately we did not look on google maps) and she sold us every positive under the sun. All we wanted was a secluded holiday cottage in a forest setting.
On arriving after 5hrs of travel, we were shocked. Local kids ran up and down the alley way at the side of the house and both neighbours lit bonfires with inevitably stank the cottage out. We decided in the morning that we had been mis-sold the description and left, having already paid for a week. We complained to the owner and asked for the nights that we did not stay, to be repaid to us.She refused and threatened us with legal action if we took it any further. She told us that she had two daughters in the legal profession and inferred that if we challenge her she would win. She returned around £90 of a refund in the order of £400. Not great really, since we accepted that we should pay for the night we stayed.
The cottage is well decorated , but set in a location that is far from idyllic. Kitchen, very tiny but sold as something that Nigella Lawson would be proud of!!!!! The only Pub we found in walking distance was either boarded up or had smashed windows!!! Either way it did not look inviting enough to explore further. The property is a gem set in plastic! Please take a look at our photos. In my opinion, how anyone can say this is a great holiday location must live in a very strange place. There are far better places out there, don't waste your money.

Date of stay: April 2011
Liked best: Going home
Liked least: arriving and loosing the money that could have been spent on a decent location
Traveling group: Young Children
Would you recommend this hotel to a friend?   No.
Was this review helpful? Yes
This review is the subjective opinion of a Tripadvisor member and not of TripAdvisor LLC.
Problem with this review? Thank you. We appreciate your input.

27 helpful votes
Reviewed August 3, 2013 for a stay in July 2013
Date of stay: July 2013
Liked best: The building in the setting.
Liked least: Nothing to report.
Traveling group: Extended Family
Would you recommend this hotel to a friend?   Yes.
Recommended for:
Was this review helpful? Yes
This review is the subjective opinion of an individual traveler and not of Tripadvisor LLC nor of its partners. Tripadvisor performs checks on reviews.
Problem with this review? Thank you. We appreciate your input.
Previous Next
1 2 3 4 5
Updating list...
Do you own a vacation rental? List it here.

Looking for a place to stay in Yorkley?
View all 6 vacation rentals