Carnoux-en-Provence
Search for "{0}"
Post
Trips
Tip: All of your saved places can be found here in My Trips.
Inbox
Log in to get trip updates and message other travelers.
ProfileJoin
Search 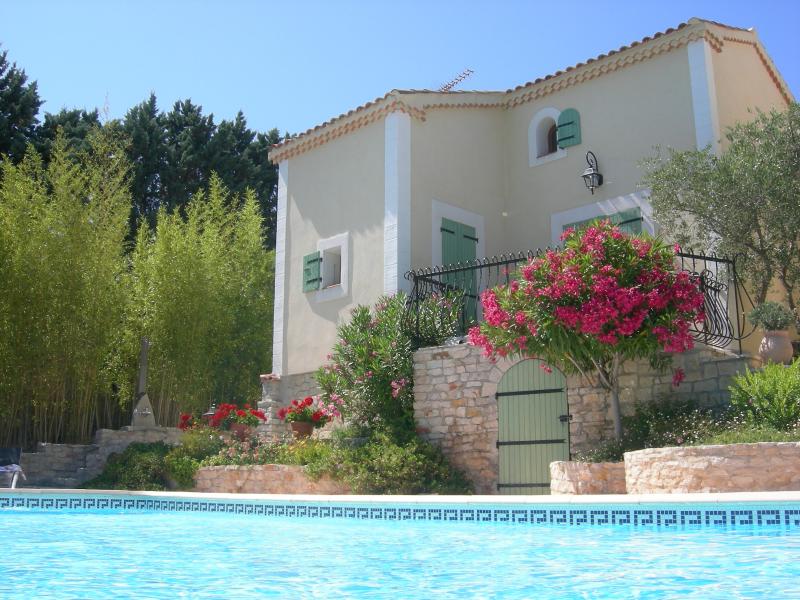 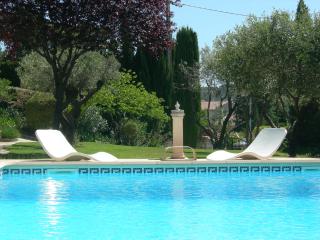 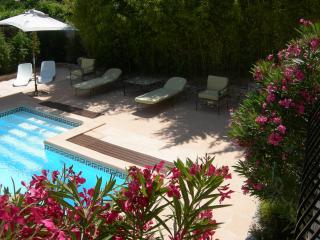 We booked the property for a 14 day stay in Sep-19 after confirming with the owner that he welcomed dogs which was the most important for us as we were traveling with our labrador.
The property inside was much smaller than seemed on the photos. The garden and the pool did look nice although again smaller than expected.
The ground floor of the house is mostly glass so in the evenings when it was dark outside with the lights switched on inside we felt due to it’s setup there was not much privacy as the grounds are shared with the owner.
Kitchen area is really small so only suitable for occasional cooking. Ground floor felt cramped for the 2 of us so would feel even tighter if traveling with kids. Upstairs had a good size bedroom with enough storage.
Outside there was a barbecue which was great. Swimming pool was absolutely freezing, even during 30+ roasting hot temperature outside it didn’t get any warmer. Sun loungers although look nice aren’t great to use as you can only sit in one position sunbathing your front, can’t lie down on your front like with regular sun loungers, also, every time you sit down on it, it flips backwards so you end up on your back with your legs up in the air.
Now, the reason why we had to leave this property...at home we have a garden where our dog can wee/poo as and when needed and we pick up the poo on return from work. We were looking for a similar setup with the holiday home hence paid premium price for the fenced off property which welcomed dogs, we thought at least we would be able to relax as our dog can run around free on the property grounds.
During the first 2 days we were sunbathing by the pool and relaxing. On 3rd morning the owner saw our dog wee in the garden and said to us ‘no wee wee / poo poo’ in the garden. We tried to explain that we did always pick up the poo as we would at home but you can’t tell a dog not to scent mark bushes as that’s what dogs do. Our dog is trained not to wee/poo in the house by the way. The owner was adamant saying you can tell your dog not to wee/poo in the garden, basically it was pointless to try explain that we wouldn’t be able to relax by the pool as we would be constantly worried that the dog would scent mark some bush unless we lock the dog inside of the ‘sauna’ like room if the doors are fully shut (which wouldn’t be fair to the dog) so day 3 was completely ruined by the above restriction as this property was costing so much (non-refundable too) and we knew we won’t be able to relax and enjoy it if we did stay. So we had to find a different property and went to the owner to tell him when and why we were leaving (i.e. early morning on day 4).
The owner didn’t refund any of the money paid for 14 days (deposit doesn’t count as it is always refundable unless something is damaged) even though it was his fault as he told us he welcomed dogs. It was non-refundable but I thought he would have the decency to refund at least part of it since we left 11 days early due to no fault of our own, basically he did’t leave us any other option but leave as weren’t able to use premises as was initially agreed through homeaway booking. By the way just noticed on tripadvisor it shows as having 2 bathrooms including a tub...it only has 1 bathroom downstairs which includes small shower cubicle and a toilet, no bath tub. Also living room/dining room and a ‘fully equipped’ kitchen etc is all describing the same really small room. TV doesn’t have a single channel in english, not even the usual news channel - thought i’d mention this, we could only watch music channel as it doesn’t really matter what language the songs are in.

Date of stay: September 2019
Your age range 35-49
Would you recommend this hotel to a friend?   No.
Was this review helpful? Yes
This review is the subjective opinion of a TripAdvisor member and not of TripAdvisor LLC.
Problem with this review? Thank you. We appreciate your input.

1
person found this review helpful
Date of stay: June 2015
Was this review helpful? Yes
This review is the subjective opinion of an individual traveler and not of TripAdvisor LLC nor of its partners.
Problem with this review? Thank you. We appreciate your input.
Do you own a vacation rental? List it here.

Looking for a place to stay in Carnoux-en-Provence?
View all 15 vacation rentals