$40
$29
View deal
travelup.com
Booking.com$35
Hurb$40
View all 20 deals
Prices are the average nightly price provided by our partners and may not include all taxes and fees. Taxes and fees that are shown are estimates only. Please see our partners for more details.
Esther A
Canada
1

Review of Ramada by Wyndham Niagara Falls by the River
Reviewed September 4, 2016

The location of the hotel is suck with $15 parking fee!! It's not walking distance to the Falls area. Hotel is outdated, it said queen size bed, but the box is double size with overlay queen size mattress on the top. It's impossible to move the bed against the wall. So, if you have small kids, don't stay at this hotel.

Review collected in partnership with Hampton
This business uses tools provided by Tripadvisor (or one of its official Review Collection Partners) to encourage and collect guest reviews, including this one.
See all 1,863 reviews
Nearby Hotels 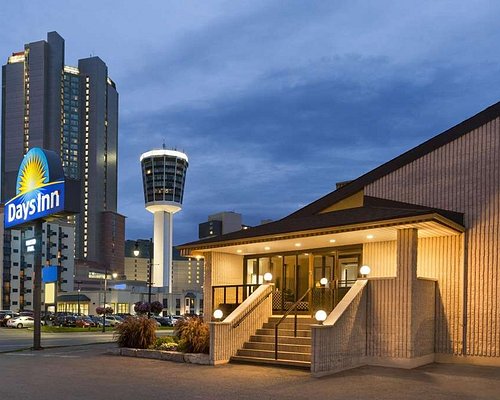 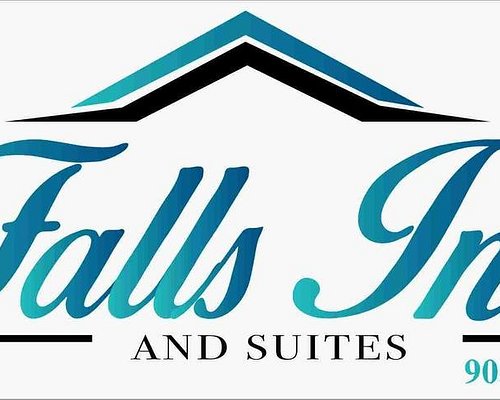 We had a wonderful time. The staff is helpful and the room is very clean. We even had our own little hot tub which was nice. The hotel was not far from the downtown area so we were able to just take a walk and not have to worry about finding parking near all the restaurants and activities. I recommend staying here.

Review collected in partnership with Hampton
This business uses tools provided by Tripadvisor (or one of its official Review Collection Partners) to encourage and collect guest reviews, including this one.
Ask Sereena P about Ramada by Wyndham Niagara Falls by the River
Thank Sereena P

This review is the subjective opinion of a Tripadvisor member and not of TripAdvisor LLC.
783mariiad
Copiague, New York
64
Reviewed September 2, 2016 via mobile
Rude staff and bugs on the wall

Even though price was good, it doesn't worth it

This review is the subjective opinion of a Tripadvisor member and not of TripAdvisor LLC.
K8908WCannaf
Toronto, Canada
1
Reviewed September 2, 2016
Horrible

We just left and will never go back again. We did a two night stay. We found a bug that looks like a cockroach in the pool sitting area. The wifi connection is horrible. When we confronted the front desk about it we were told it's because everyone is on it at the same time? Ya and so do other hotels and all the connection in the other hotels we stayed at in Niagara Falls we never had an issue with the wifi connection. They said they get the wifi from the USA and that is why. We were not impressed. The breakfast is not great. The eggs and sausage have no taste and the line up to get to anything is long because it is serve yourself and only has minimal things to serve. To top it off we requested to have our tiff tax removed from our bill as this is a voluntary tax and we were told that it is now mandatory. When we called the head office of Hilton they said they couldn't do anything about it and we would have to deal directly with the hotel, which we got no where with. So all in all horrible hotel. The toilets are old and run after you flush them and you can even hear the people next doors toilets running after flushing.
Not recommended to anyone!

Review collected in partnership with Hampton
This business uses tools provided by Tripadvisor (or one of its official Review Collection Partners) to encourage and collect guest reviews, including this one.
Ask K8908WCannaf about Ramada by Wyndham Niagara Falls by the River
Thank K8908WCannaf

This review is the subjective opinion of a Tripadvisor member and not of TripAdvisor LLC.
maureenl468
Plymouth, United States
3
Reviewed September 2, 2016
Pass this one by

I spent 36 years on the road as a professional in the travel industry. I recommend avoiding this hotel if at all possible. It looks like some other hotel chain owned it then had the sense to get rid of it. It's dark and dingy, my window lock, in the first floor, didn't work, breakfast was like eating in a busy bus terminal, without even a private table and very long lines. Also, I had made an error between two hotels with extremely similar names--one in Canada; one in the U.S. I believe it was due to unclear advertising, but I'll take the blame. Being a Diamond member, I think they could've switched my reservation to the U.S. hotel, but Hilton refused, so I had to cross a border every time I wanted to go to my room. I did cancel the second night and slept in my car, which I consider preferable to this hotel. That's saying a lot, because I love "the road" and hotels.

Review collected in partnership with Hampton
This business uses tools provided by Tripadvisor (or one of its official Review Collection Partners) to encourage and collect guest reviews, including this one.
Ask maureenl468 about Ramada by Wyndham Niagara Falls by the River
Thank maureenl468

This review is the subjective opinion of a Tripadvisor member and not of TripAdvisor LLC.
xsoccer1
California
208130
Reviewed September 1, 2016
Location is great!

This is located midway up the road from Niagara Fall to the top bridge, but there is a neat bike trail that starts about 1/2 mile north of the hotel and runs for miles. If there is a Hampton with slower internet - I've never been there and that is dozens of Hampton Inns. The web connection is glacial I mean really slow... and this hotel takes the cake for worldwide smallest shower - smaller than any cruise line or RV I have ever seen! They upgraded us to a king with heart shaped tub - and shower that is left over is teeny!!

This review is the subjective opinion of a Tripadvisor member and not of TripAdvisor LLC.
View more reviews
PreviousNext
1…102103104…