“Interesting”
M2ZXXzFfVzZl
other traveler has booked this property 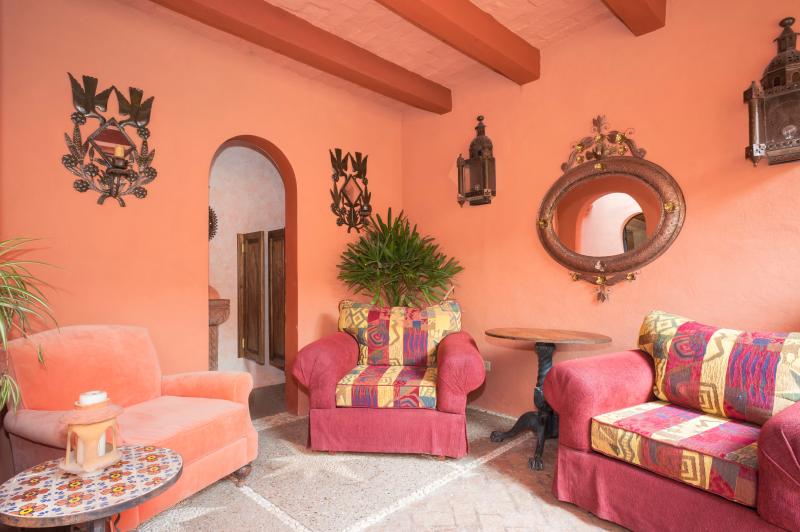 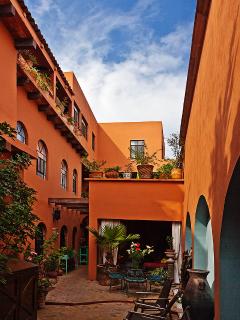 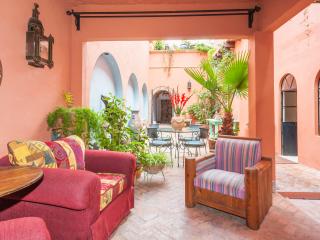 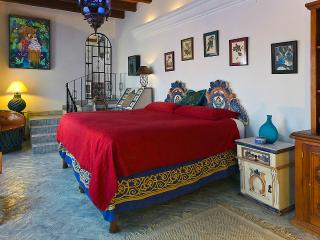 Don't get me wrong this was a nice house for the price.It had very nice patio and kitchen and dining area but what we didn't realized ( my fault 'cause I didn't check), it didn't have central heat and the provided room heaters stoped working a couple of times and nights in S M A are cold. Also it wasn't clear but the house had a permanent tenant while we were there so we were under the impression that we had the house to ourselves until we saw her coming and going with us in it. House is an open concept and the rooms all face an outdoor corridor or yard also for the exemption of the tenant's room and one of the bedrooms all were very dark since they do not have exterior windows, just the entry doors or a window next to it.
I most say that Cheeper and Peter were always there and very helpful but after hearing my friends that also stayed at other homes and the amenities that came with their homes I don't think I would go back to this one.

really bad, old, dirty, we had to get an expensive hotel since we could not make us stay there. They had other people at the house where we were charged for the entire house. Sheets & towels from 1960's!!!!

Date of stay: November 2016
Traveling group: Friends
Would you recommend this hotel to a friend?   No.
Was this review helpful? Yes
This review is the subjective opinion of a TripAdvisor member and not of TripAdvisor LLC.
This is our ONLY negative review in 3 years. They were the nastiest group of people i ever met. Obviously a huge gap between the person who booked, who was seeking free accommodation for her teenagers and their wealthy friend who arrived later and was furious to be given the smallest suite. We offered him the upstairs penthouse for no extra charge, although that is a separate rental from the main house, regardless of their claim above. That $125/day upgrade, with the best view in SMA, wasn't good enough!! By their e-mail request, as well as finding hairdressers for them, i personally went to book the best Thai masseuse in San Miguel to come to the house to give one couple a massage. When she showed up, she was summarily dismissed with a wave of the hand, like a dog, and ordered to leave because they changed their mind! They didn't pay for the broken appointment, not even the taxi fare to get there.
They did nothing but complain, even phoning us at midnight. Our sheets and linens were bought new down from Canada because it was difficult to find good linens in Mexico.
We have continually 5 star ratings for cleanliness, and are Superhosts on other travel sites.

Yes the house IS old---original, and completely restored Colonial house.
These spoiled, whiny, self-entitled brats should be put on a no-fly list because they are the quintessential ugly Americans. I hope they have the intelligence to book into a chain hotel from now on, instead of putting hosts through agony because they are trying to save money.
This response is the subjective opinion of the management representative and not of TripAdvisor LLC.
Problem with this review? Thank you. We appreciate your input.

Travelers are raving about these San Miguel de Allende hotels

Looking for a place to stay in San Miguel de Allende?
View all 368 vacation rentals