I rented Luu's private villa for my 40th in October. I've been to tulum 8 visits and this wasn't far the loveliest accommodation I've had. Thoughtful decorations, huge rooms, a communal dining table and full kitchen. Maid came everyday. The most special part though was the beautiful back deck on your private little section of beach. Really a slice of heaven. There was private parking for our rental car. All of my favorite restaurants and cafes are a quick walk down the beach (no shoes necessary) If you're traveling with a group or family don't hesitate to stay in this gem. Give Luna, the house dog a pet for me :)More 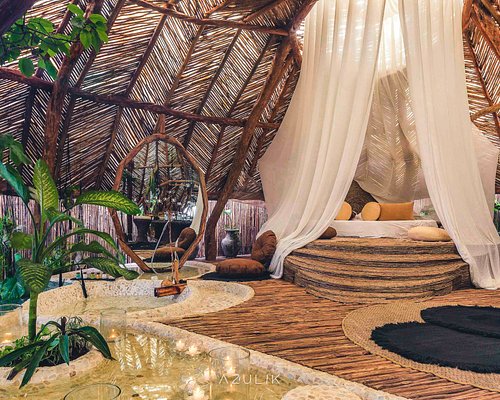 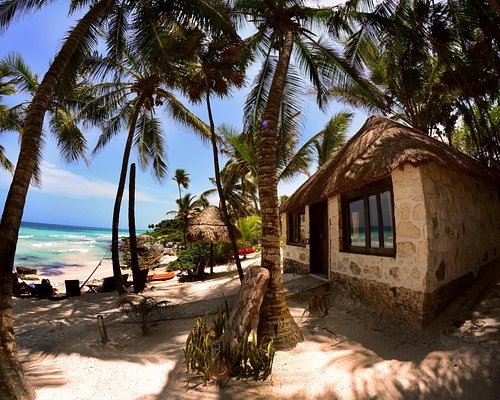 We stayed two nights (prepaided) and would have left earlier. No electricity or water in the rooms and our roommates were crabs and cockroaches. The receptionist didnt understand any english and didnt provide any service. No meals, drinks or snacks were avaiable and it was not allowed to bring your own...???? Overly priced - seemed abandonded.

This review is the subjective opinion of a TripAdvisor member and not of TripAdvisor LLC.
Sharon W
Pittsburgh, PA
710
Reviewed April 9, 2015
Stay Elsewhere.

I too stayed here during the yoga retreat in March. I was trepidatious because of the reviews here, but because I was with a group I had no control of where we were staying. Negative review are spot on. The owner is a flat out liar and tried to get extra money from the group claiming we needed to make an extra security deposit (bless our organizer who somehow found a way to deal with her). She shhh'd us at 8 am when we stood outside talking in normal voices, saying there were people sleeping in the cabana next to us. Later I checked and it was empty. She stated we couldn't change rooms because the 'resort' was full. It was not. 4 cabanas were empty. This is NOT a resort. She wouldn't let us move to a larger table at breakfast saying it was reserved for a larger group (that never came).
Concierge is a joke. The key situation was beyond annoying. The padlock on the door connected to hooks that had been previously ripped out of the wood in the door - joke. So if you are into having your stuff stolen, being lied to, generally feeling unsafe, getting Travelers Diarrhea because they wash all the food in tap water - then have at it. But do yourself a favor: You only live once. Don't ruin your experience in Tulum by trying to save a couple hundred bucks.

This review is the subjective opinion of a TripAdvisor member and not of TripAdvisor LLC.
rayw878
Sydney, Australia
113
Reviewed April 9, 2015
simple accommodation in a great location

Accommodation is basic and worth a few light and energy limitations. Perhaps more basic and limited than other eco resorts in the area. It's part of the beach has much less seaweed than other parts of the beach - so a great plus. All the cabanas are very close to the beach. If you are not expecting or paying for a 4* resort, then this is a great place to wind down.

This review is the subjective opinion of a TripAdvisor member and not of TripAdvisor LLC.
Janna F
Cologne, Germany
1312
Reviewed March 26, 2015
beautiful view

Nice small hotel, quite at night and the bathroom without roof is great. The best thing were the cat and dog living in the hotel. Luna, the dog, could be borrowed for a walk. The cocktails at the beach bar were quite expensive, as almost everywhere in Tulum, and unfortunately not woth it. Unfortunately the restaurant is closed now.

This review is the subjective opinion of a TripAdvisor member and not of TripAdvisor LLC.
489brennanj
8650
Reviewed March 19, 2015
HIGHLY recommended. But if you're expecting perfection, go elsewhere.

I've read the other reviews, and I'm just confused. The only way I think anyone wouldn't think this place is perfect is if they were expecting a first class hotel. But look at the price - this isn't a first class hotel. But it gets five stars in my book for what it is: simple beach cabana; basic room with a very cool grass roof; outdoor bathroom; and rooms that step out onto the sand. So there's not AC; leave your window or door open and sleep to the sound of the waves! So the doors are a little flimsy. So the sheets are a little threadbare and the pillows are a little flat. So what. Otherwise the place is perfect for what it is. When I didn't have hot water and asked at the front desk, it was fixed in very quick time. Lacho at the front desk was very friendly and helpful. The lady who I'm assuming is the owner worked the continental breakfast and she too was friendly. I stayed in on of the beachfront rooms (#8), and would highly recommend it. Two nights wasn't enough.

This review is the subjective opinion of a TripAdvisor member and not of TripAdvisor LLC.
View more reviews
PreviousNext
123…58