“Exceeded expectations!!”
c0dhXzIyX2d2bg==
other travelers have booked this property 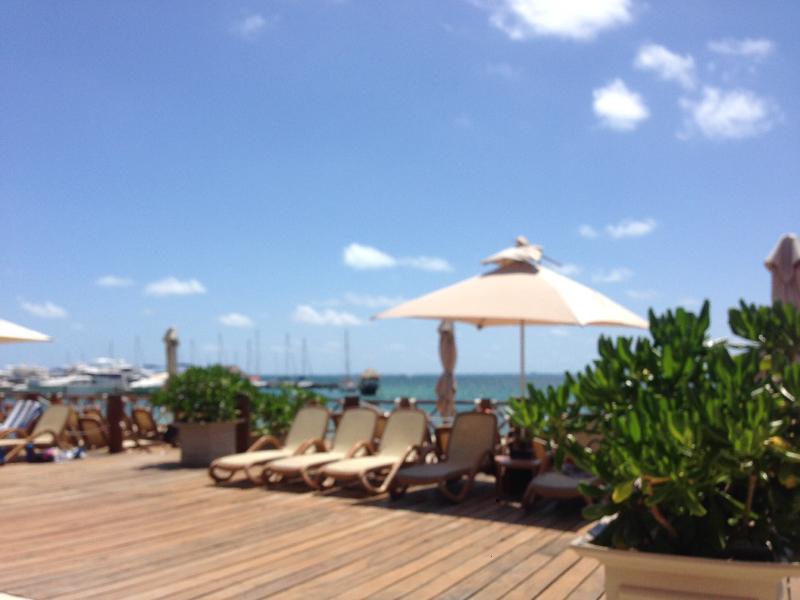 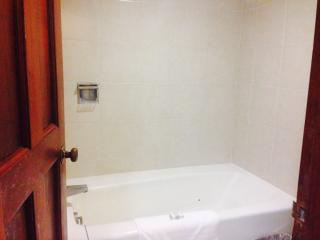 Average - based on 6 reviews
Write a Review

We originally had our stay booked at Generations Riviera Maya. We lost money and points on that booking due to the General Manager misleading us and then Martin sending us thinly veiled snide comments after telling us we owed $3700 more than we already paid.
Nevertheless, we had a short time to cut our losses with them and get a new place or lose our flight as well. We found this property and everything changed.
When I saw the low price I was skeptical. I emailed Jaime after the transaction and he was quick to respond. He arranged cheaper pickup at the airport and he even gave us a room upgrade to a nicer place for the same amount (not a bait and switch, but really a nicer area!). He left the choice to us and took it.
The service didn't end there. He gave us a phone to use so we could call when we needed. He set us up with 2 taxi drivers that charge half of what the others do. We didn't use them too often, but we became friends (Lupita and Leonardo). They went WAY beyond to help us as well, especially when we needed help filling a prescription. We consider them friends.
Jaime was available personally to give advice and help on anything. He gave us several freebies as well. He understands that he is competing with hotels and he wants to make guests happy. He even has a lady (she is small and cute like a young girl, but is the mother of two) named Elsa who comes in and cleans upon request. She accompanied us to the grocery store and other adventures as well.
The service was so good, I kept looking for a catch. There isn't. Jaime runs a good operation! If you want to get a more authentic experience, get the tours and such for real prices (except the parks like Xcaret), Jamie can make it happen.
And for the part that I want to hear when I read reviews, but seldom hear.... I love to snorkel. My wife has cancer and sleeps most of the day. I look for places that I can snorkel right off the beach of our hotel. While it wasn't phenomenal snorkeling, it was enough to keep me very entertained during the sleeping hours. I found many nice shells, saw several types of fish and even stingrays (I got to pet several of the rays and one fish). The best and freakiest experience was the fish massage. As I was standing in the water a fish ran into me (freaked me out) did it again, then again when I had my legs up snorkeling. (Yes I wimped out and ran out of the water to consider it) I realized it had to be fairly small so I braved it again. It was a small school of about 15 fish that were silver and round, the largest maybe 5 inches long. They would rub against my leg like a cat. I even knelt down with my arms in the water and they would massage my arms as well. My wife came out and tried it too. It was cool! I kept imagining them going piranha on me, but it was a thought to amuse myself, not a real fear.
I spoke with other condo owners who rent out. Some have some really nice places. None of them offer the service that Jaime does. And Jaime beat the price of everyone that I spoke with. He has several listings through tripadvisor and other places. I trust the tripadvisor guarantee so I chose this way. if you want to contact him first to ask about listings it's Jaime@cancunycuba.
Oh! I almost forgot. My wife needed things quiet. This was the place. At times you could hear faint partying, but mostly it was the sounds of the ocean. We slept with the window and balcony door opened, screens closed. The loudest noises involved a black piper bird that would sit outside our window each morning and sing (not a bad noise, but hard to sleep through) and an iguana that would occasionally crawl over our kitchen window (claws on glass isn't pleasant, but at least humorous).

Date of stay: June 2014
Liked best: The service
Liked least: The lack of cooking supplies and utensils
Traveling group: Spouse/Partner
Would you recommend this hotel to a friend?   Yes.
Recommended for:
Was this review helpful? Yes
This review is the subjective opinion of a TripAdvisor member and not of TripAdvisor LLC.
Problem with this review? Thank you. We appreciate your input.

8 helpful votes
“Good bang for the buck.”
Reviewed February 24, 2014 for a stay in February 2014
8
people found this review helpful

Host, Jamie was very helpful and facilities clean. Beach is well maintained with a nearby snorkel reef within swimming distance. Transportation convenient. Added bonus is the great message service offend by Lara.

Date of stay: February 2014
Traveling group: Solo
Would you recommend this hotel to a friend?   Yes.
Was this review helpful? Yes
This review is the subjective opinion of a TripAdvisor member and not of TripAdvisor LLC.
Problem with this review? Thank you. We appreciate your input.
Previous Next
1 2
Updating list...
Still can't find what you're looking for?

Looking for a place to stay in Cancun?
View all 866 vacation rentals