What a memorable stay - The Segara Suites

What a memorable stay

We stayed at this hotel for 2 nights, we arrived at midnight and the check in was really fast. The room was spacious with fully equipped kitchenette, good for family with older either younger children, but the cleanliness was not so good. It was quite dusty somehow. And it has direct access to the beach just right behind the hotel.More

Show less
Room tip: Rooms with ocean view has the best view there!

Thank you for your comment and we are happy that you enjoyed your stay with us, please let us know if you plan to visib Bali again in the near future.

Report response as inappropriateThank you. We appreciate your input.
This response is the subjective opinion of the management representative and not of TripAdvisor LLC.
See all 188 reviews
Nearby Hotels 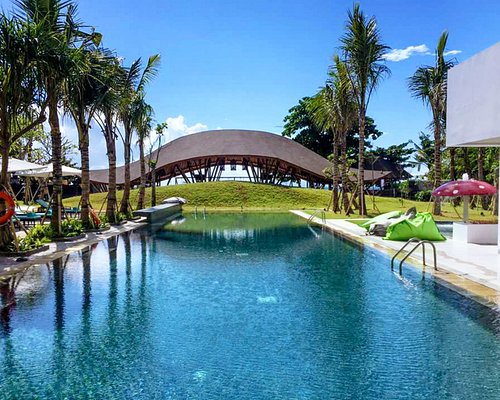 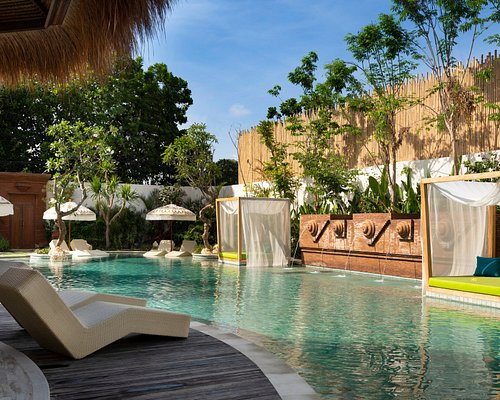 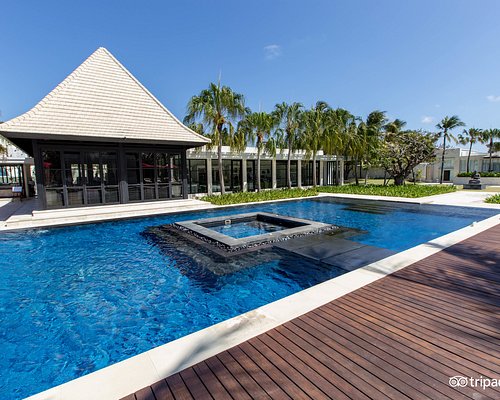 Hotel was superb ...specially fani the receptionist was simply very helpful n rendered good service...extremely recommended for peaceful holiday.
Although the place were quit far from the hotel..transport provided and with personal tour guide.

We are very happy for your enjoyable vacation at The Segara Condotel.

Please contact us on your next visit, so that we can serve you even better.

Report response as inappropriateThank you. We appreciate your input.
This response is the subjective opinion of the management representative and not of TripAdvisor LLC.
LoLitta P
11
Reviewed June 2, 2014
Located in water sport area and very comfortable room

The Segara Condotel is suitable as a family vacation lodging options, a fairly extensive family room equipped with a television, a clean kitchen and a bedroom & bathroom were very comfortable. Its strategic location in the area of ​​water sport cape Benoa. Of service up to a very satisfactory facilities available at relatively low prices. I think just to much improved restaurant facilities. See youuu * soon * muacchh

Room tip: I think for a room without a sea view also been very satisfying
Ask LoLitta P about The Segara Suites
1  Thank LoLitta P

I am glad that you enjoyed your recent stay at The Segara Condotel. Please contact us on your next stay so that we can provide you with even better service.

Report response as inappropriateThank you. We appreciate your input.
This response is the subjective opinion of the management representative and not of TripAdvisor LLC.
Jessel90
Singapore, Singapore
3437
Reviewed May 28, 2014
Good location with sizable rooms and friendly staff, but pricey

The best part about this hotel lies in its location: There is the Nusa Dua beach right behind which is a good spot for water-sports such as para-sailing and the stretch in which the hotel was located was filled with quite nice restaurants as well as massage shops which offered good value food and relaxation. Steaks and cocktails in a nice ambiance could be had for as little as US$15 while pastas went for as little as US$5.

However, the hotel room itseld was by no means cheap. Even though it was comfortably spacious with a living room at about 700sq ft, it was very expensive compared to other offerings. My friends bought a 3 night stay from Groupon for SGD$177 with an additional bed for 2 nights at US$70 during an off-peak season in May. By contrast, private villas could be had for as little as US$100 a night.

The staff was generally friendly in orientating us, but a particular female was quite poorly trained. On the last day, I wanted to take a cab to a medical spa and was told by the staff that the metered rate was 50,000rupiah (US$4) per km, which got me into a rage because the previous day I had hired an entire car for US30 for the day. Not only was this not the case, the staff also mistook sunset way for leigan.

Thank you very much for your review expressing your overall enjoyment at The Segara Condotel.

In regards to the Prices, I am affraid that we have to inform you that it quite significantly fluctuated due to seasonality and the general demand for Bali. I am sure you will find good value for money prices in most of other periods for our property.

We also would like to inform you that we took serious actions and disciplinary actions against inappropriate service as you have mentioned to one of our lady reception, and keep doing internal training for refreshment.

Let me ensure you that we will serve you significantly better on your next visit, and please contact us to ensure our Best available rates..

Report response as inappropriateThank you. We appreciate your input.
This response is the subjective opinion of the management representative and not of TripAdvisor LLC.
k33li3
Nusa Dua, Indonesia
11
Reviewed May 24, 2014
Awesome

Been an absolute pleasure, the staff are friendly, attentive and could always point us in the right direction with anything we wanted / needed. We stayed in one of the suites for a week, it was very spacious and we even had our own hot tub on the veranda, where the view of the ocean were amazing! The staff arranged everything for us, including our very own driver to take us anywhere we wanted for the day. Would definitely come back, there is also an awesome little beach bar and grill called Meads just down the road which is worth a visit... The staff are lovely and the food is great!

We are so happy to learn that your stay at The Segara Condotel was an enjoyable one. We will keep improving and will serve you even better on your next stay.

Report response as inappropriateThank you. We appreciate your input.
This response is the subjective opinion of the management representative and not of TripAdvisor LLC.
PatrickChai
2622
Reviewed April 4, 2014
Comfortable

Very suprising me, clean, relax and comfortable.
The most important is the crew services, really perfect and excellent
Especially the girl at reception, (sorry I should ask her name before I leave.) she really helpful and perfect arrangement. Sure I will recommend to all my friend should stay here when go Bali .
Fully recommended

Thank you very much for your "'perfect and excellent "' review. We are very happy if we could make you so happy.

Report response as inappropriateThank you. We appreciate your input.
This response is the subjective opinion of the management representative and not of TripAdvisor LLC.
View more reviews
PreviousNext
1…141516…