$224
$110
View deal
Hotels.com$224
Travelocity$224
CheapTickets$224
View all 15 deals
Prices are the average nightly price provided by our partners and may not include all taxes and fees. Taxes and fees that are shown are estimates only. Please see our partners for more details.
journeygrrl
Raleigh, North Carolina
63

Great place to stay at the coast

This was a last minute stay on a longer trip around the Olympic Peninsula, but it turned out to be a great choice. We stayed in a cabin that was spotless, had a woodstove, and very comfortable beds. We used the ktchen for dinner and sat at the table with a view of the ocean. It was great to be able to walk out to the beach from the cabin. There happened to be swallows nesting in the rafters above the window outside and we enjoyed watching them. Breakfast in the lodge in the morning was great, too. Really lucky to have stumbled into our stay here!More

Thank you for your review! We aim to offer a clean and comfortable experience to all our guests and are happy to hear that we met your expectations! We are glad that you stumbled upon us. Thank you for your feedback! Please come visit us again soon!

Report response as inappropriateThank you. We appreciate your input.
This response is the subjective opinion of the management representative and not of TripAdvisor LLC.
See all 1,770 reviews
Nearby Hotels 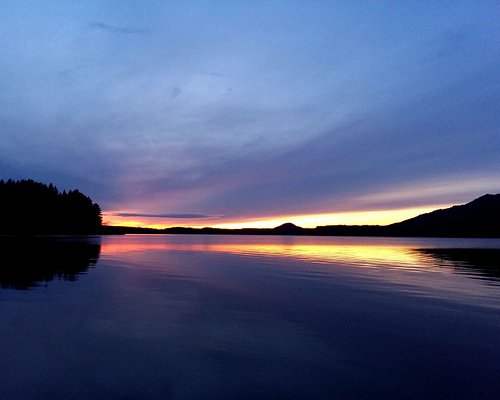 My husband and I decided to treat ourselves to a night here while exploring Olympic National Park this past Spring. It was a bit pricey, but the accommodations and location looked quite lovely, so we decided to go for it.

We ordered a wine and cheese platter to be brought to our room upon arrival. When we found that there wasn't a wine opener in the kitchenette, we asked at the front desk and she informed us that there was supposed to be one in the room already, but if not, they were sold in the gift shop. After a bit of hemming and hawing, she was kind enough to let us to borrow one from the front desk - as long as we promised to bring it right back. The whole time, it felt like we were under suspicion for having misplaced it!

We visited the convenience store - conveniently located onsite - to pick up a few supplies and had to wait in a bit of a line before checking out. This would have been fine except for the constant chatter of the two employees working who were openly complaining about how unexpectedly busy the season was and how frustrated they were that they were so understaffed.

Our cabin itself was indeed, quite nice. We found it to be clean and cozy and featured nice touches - such as the Pendleton blankets on the bed and an additional blanket for our dog on the couch. It was located just above a quiet and beautiful beach and made for a peaceful and scenic evening.

The next morning we found that the shampoo/conditioner dispensers in the shower were empty, but decided to forgo another argument with the front desk and bought some from the convenience store.

Our trip included a complimentary breakfast at the onsite restaurant, which is also in a great location - cozy, with a view of the waterfront. Again, just the service was lacking.

My husband and I have both worked for years in the service industry and are absolutely able to empathize with busy, understaffed workers. The problem comes when they start treating you like you're causing them an inconvenience by visiting. We were scurried to a table by an irritable hostess and then sat for about 1/2 an hour before being greeted with water, coffee, etc. When our server finally arrived, she was efficient but curt, and very obviously frustrated with how busy she was (It did seem like she had at least half the tables of a fairly large restaurant.) Our food took about 45 minutes to arrive, but was decent. 1/2 of my toast flew off my plate as it was being served and she offered to get me another piece with the caveat that it would be a really long wait - I said I was fine. The couple next to us with two young children asked if they could order something in addition to the meal they had just finished and she literally stopped short and after a pause said "Sorry, I just gave you that look because do you realize how long THAT could take?" Free breakfast sure, but again, it felt like we were a big inconvenience.

Final thoughts - great place, great location - but some major improvements to general attitude of the people working here could be made.

Thank you for your review! We are pleased to hear you enjoyed your stay, but are absolutely very sorry for the service you received. This is absolutely unacceptable and we will constantly work on service skills with our team. We are very sorry that our staff made you feel like an inconvenience. Thank you so much for sharing this experience with us so we can address it. We truly hope you visit us again to see that we are dedicated to improving.

Report response as inappropriateThank you. We appreciate your input.
This response is the subjective opinion of the management representative and not of TripAdvisor LLC.
KaimukiGirl24
Columbia, Maryland
101101
Reviewed September 8, 2016 via mobile
Lovely retreat and place to unwind!

The entire area around Olympic National park lends itself to surrounding yourself with natural beauty with peace and quiet. It welcomes those who want to enjoy this unique blend of its surroundings with accommodations that enhance this rather than try to contradict a person's enjoyment of such rare opportunities in such a busy world. Kalaloch Lodge enhances those types of experiences. The bluff cabins were great, set away but not too far from main lodge. They are rustic but clean, with all the equipment that you would need if you wanted to prepare your own meals. There was a staircase that leads right onto Kalaloch Beach where the walking goes on and on for as long as you want to enjoy. They do not get a lot of sunshine in this area and there is a unique collection of driftwood on this side of Olympjc park so swimming is not recommended. All in all a very enjoyable stay in such a beautiful part of the Pacific Northwest!

Report response as inappropriateThank you. We appreciate your input.
This response is the subjective opinion of the management representative and not of TripAdvisor LLC.
Jon L
Mukilteo, Washington
51
Reviewed September 8, 2016
Loved this place. Outstanding staff and service, amazing natural surroundings.

While the cabins are small and rustic (which is what you should be expecting!), staying here is awesome. From the small touches like bringing around a fresh bundle of firewood each morning, complete with kindling and firestarting brick, to the community fire pit where you can meet other visitors and roast s'mores while looking out over the Pacific this place is great.

Two quick notes to be aware of: 1) the showers are way small - be prepared:), 2) in the 2 room cabin we stayed in, there's no door on the room and wall is more a partition and doesn't close off the "room." So light and noise from the main room/living/cooking area will likely wake the party sleeping in the 2nd room. Not a deal breaker at all, just something to be aware of.

Thank you for the review. We truly appreciate customer feedback. We are happy to hear your stay with us was awesome! Thank you for your open and honest feedback. We hope we have the honor of having you back again in the future!

Report response as inappropriateThank you. We appreciate your input.
This response is the subjective opinion of the management representative and not of TripAdvisor LLC.
Beth D
1
Reviewed September 7, 2016
Kalaloch lodge

Wonderful setting right on the ocean. Short walk to the beach which was not to crowded. Beautiful sunsets. Scenic view from room. Restaurant had good food. All staff provided good customer service. Peaceful get away

Thank you for your review! We are happy to hear you enjoyed a nice and peaceful stay at Kalaloch Lodge. Thank you for taking the time to share your feedback with us. Please come back and visit us again soon!

Report response as inappropriateThank you. We appreciate your input.
This response is the subjective opinion of the management representative and not of TripAdvisor LLC.
rq20162016
West Richland, Washington
4
Reviewed September 7, 2016
Beach Stay At Kalaloch Lodge

We had a wonderful three days at Kalaloch Lodge. Wonderful views of the ocean. Peaceful setting. Great beach walks and forest hikes. Did not even mind the one rain day. We will go back. We had friends in the campground about a mile away and the connection was easy for both. We took a trip to Lake Quinault ( about 30-45 mins away) and had a wonderful lunch and hike.

Thank you for your review! We are happy to hear you had a wonderful stay at Kalaloch Lodge. We are glad you enjoyed the beautiful surrounding area and had perfect weather while you were here! We hope to have you back again in the future!

Report response as inappropriateThank you. We appreciate your input.
This response is the subjective opinion of the management representative and not of TripAdvisor LLC.
View more reviews
PreviousNext
1…110111112…