CheapTickets
Trip.com
Destinia.com
View all 8 deals
Prices are the average nightly price provided by our partners and may not include all taxes and fees. Taxes and fees that are shown are estimates only. Please see our partners for more details.
Biztraveller123_12
Geneva, Switzerland
2

Brought the family along during the festive season and for the convenience and also the experience, we stayed here. The last time we stayed at the Disneyland and thought we should try something else.

Great location and enjoyed the service very much! Everyone was friendly and only issue was not all are well versed in fluent spoken English, though very helpful. Rate was on the high side btu felt worth it to a certain extent!

See you another year!

See all 1,272 reviews
Nearby Hotels 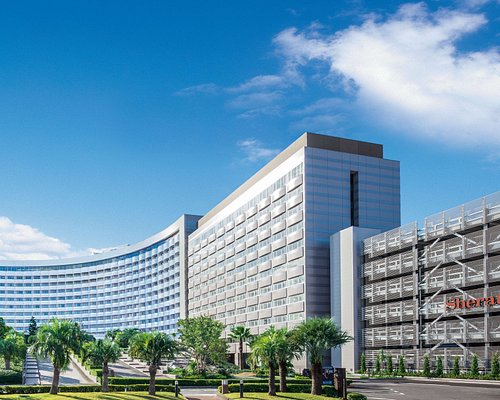 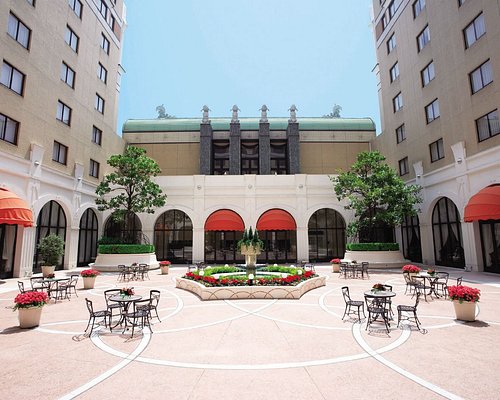 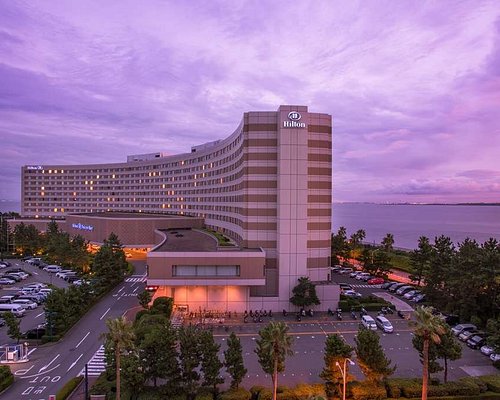 An outdoor wall renovation was happening when we stay at the Tokyo Disney Sea hotel Mira Costa. So they are giving discount price for the room which was happening. The renovation is only happening while the park was open. So it didn't matter for us as we are at the park. So for us it was value for money. If you pay full price, it is another story. The service was excellent! The casts (staff) give us great service, but bit feel artificial friendliness. The room is clean & beautiful. Surprisingly spacious. I recommend here if you can pay discount price!

This review is the subjective opinion of a Tripadvisor member and not of TripAdvisor LLC.
tiggerunner
Tokyo, Japan
3242
Reviewed January 23, 2013
Beautiful hotel, but not a resort

This place is stunning, but having stayed at Walt DisneyWorld in Fl it is not a true resort. Checkin is 4pm and the restaurants are buffets-not my style, but the Japanese love them.
Not really worth the money.

This review is the subjective opinion of a Tripadvisor member and not of TripAdvisor LLC.
xiphoid76
Minneapolis, Minnesota
368359
Reviewed November 11, 2012
What a location!

The location was fantastic - we had a room in Porto Paradiso side of the Med Harbor and could see all of the shows wonderfully - it was an amazing experience to be inside the park! Loved being able to get in to the park about 15 minutes before everyone else as well which is a huge advantage. The rooms are very nice - there are some drawbacks - no wifi, no turn down service and very very few English speaking people which made check in very difficult. The staff though was so friendly and always helpful. Would not stay here again, would instead go to the Hilton as the monorail is so easy, but once in a lifetime was worth it!!

This review is the subjective opinion of a Tripadvisor member and not of TripAdvisor LLC.
kaymet
St. Albans, United Kingdom
6857
Reviewed May 22, 2012
Very convenient but not worth the money..

I stayed at the Tokyo DisneySea Hotel MiraCosta with my 11 years old daughter and my mum for 1 night. We have been to Tokyo Disneyland and Disneysea many times but it was the first time to stay there. Hotel Miracosta is right inside Disneysea so you have access to the park directly from the hotel without going through the main gate which you can avoid the queue to get in. We stayed there mid week just after the spring break had finished in Japan so it was supposedly a quiet week but the hotel was full. The hotel is impressive but not really up to standard. Maybe we were expecting more as the all the reviews were really good. Dinner was good - although it was a buffet, the quality was good. We have ordered a bottle of wine VERY expensive (it was only a Pinot). It took ages for the wine to arrive, and by the time it did, we already finished our first plate of food. The waitress took a long time to open the wine - I suppose people do not order wine there, as a lot of them probably go back into the park for the evening so they are not used to getting wine ordered maybe.. When we finished our meal and went up to the cashier to pay, again, the staff was very not up to standard. Our bill did end up quite expensive with the wine etc, and instead of politely and discreetly presenting the bill, she decides to raise her voice and reads out the bill amount so loud! Never had that in a hotel before..
I think the staff are all just following their manual of what to say, act etc. But this is Disney, there will always be lots of people all the time but I don't I will stay there again..

This review is the subjective opinion of a Tripadvisor member and not of TripAdvisor LLC.
Tania_Chris
Sydney, Australia
234351
Reviewed January 1, 2012
Simply magical

We are incongruous travelers, enjoying the finer things in life as well as fun 'kidult' activities. We have stayed at the Mira Costa 5 times and have loved it every time.

The language barrier is not a problem - we speak very little Japanese. We travel to Japan often and they are the most helpful and friendly nation of people on earth. They will find someone to help you if you need to speak English.

You are able to enter disneysea by a special entry in the morning if you stay at MiraCosta. You can also use the disneyand entry as well. This is very important as lines in Tokyo Disney can be 4 hours long in peak times - you can get a fast pass early.

The beds are hard be warned, but like most Japanese hotels you get very amenity you could want. The Japanese travel light and expect everything,

If you love Disney, you will love the MiraCosta. We have stayed at the disneyland hotel a few times, but the MiraCosta is the better property in Japan.

This is a VERY popular hotel. You must book 6 months in advance to the day you want or you will most likely be disappointed. Like all great things, it just requires a little planning. Incidentally, go in October and witness patrons to the parks dressing as favorite Disney characters for Halloween. It is phenomenal the amount of effort the Japanese Disney fanatics put in to their costumes and personas.

Room tip: You should try for a Porto paradiso view but they are all good.
Ask Tania_Chris about Tokyo DisneySea Hotel MiraCosta
7  Thank Tania_Chris

This review is the subjective opinion of a Tripadvisor member and not of TripAdvisor LLC.
View more reviews
PreviousNext
1…192021…
<script type='text/javascript' crossorigin='anonymous' async onerror='__scriptLoad