Trip.com
eDreams
Snaptravel
View all 9 deals
Prices are the average nightly price provided by our partners and may not include all taxes and fees. Taxes and fees that are shown are estimates only. Please see our partners for more details.
FLSLE
Geneva, Switzerland
75

Stayed 5 nights in this small, nice hotel. Location is perfect for tourists, well deserved by subway and trains. From your room you have a view on beautiful Ueno Park across the street. Easy travel from and to Narita airport. The room is clean, though very small, but who cares? You are only here to sleep! They serve continental breakfast as well.
Reception desk team very friendly and helpful.

See all 302 reviews
Nearby Hotels 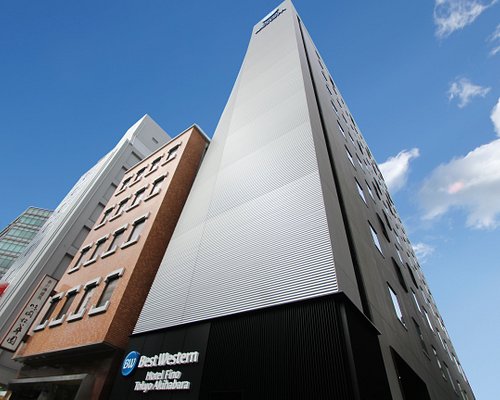 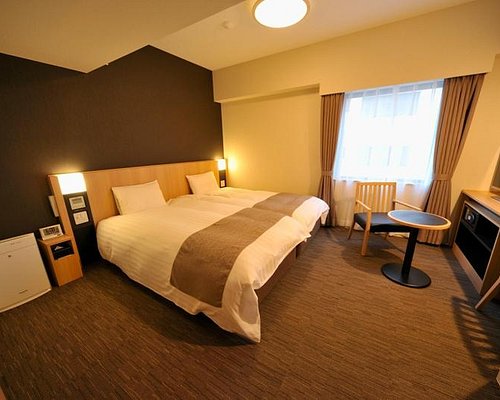 The Coco Grand Ueno is ideally located just a 5 minutes walk from Ueno station (connection for Narita airport via skyliner in 41 minutes), and even closer to the Ueno-Hirokoji station of the Ginza subway line. Nearly all rooms face Ueno park, an oasis in Tokyo's concrete jungle. On weekends it may get a bit louder, because Ueno is a nightlife district (avoid the street behind the hotel if your are not into hostess bars).The rooms are small, but very clean and full of all kind of gadgets, from loading stations for all kind of mobile phones to various electric massage machines. You will be surprised! The staff was very helpful, the breakfast was fine. I booked the room for less than 100 Euro per night including breakfast via a hotel portal, this is a better that excellent value-to-price relation for such a hotel in Toyko.

This review is the subjective opinion of a Tripadvisor member and not of TripAdvisor LLC.
Ting B
Miami, Florida
8779
Reviewed May 17, 2012
Small but nice

The room I booked for two people was about 6 ft by 12 ft. very small. But it is located right across the street from the Ueno Park. I was booked for a smoking room for 5 days because the non-smoking were booked, but when I got there, I found out a room was available for 4 days so we switched on our 4th night back to a smoking room. The smoking rooms were very smoky. I'm glad they were able to accommodate us. Breakfast was free, open Japanese buffet-rice, miso, udon, eggs, toast... great variety, even had yummy dessert!! They even gave us access to their spa section. Although the room was small, I liked the service and would stay again-only if there was a non-smoking room available.

This review is the subjective opinion of a Tripadvisor member and not of TripAdvisor LLC.
Janne_Tampere
Tampere, Finland
310
Reviewed April 10, 2012
Excellent

We were staying at the hotel for four nights at found it great. Although the room was a bit small (we had the smallest one) everything else was just excellent including the staff, the room, the sauna department and the breakfast. The park view was a big plus.

This review is the subjective opinion of a Tripadvisor member and not of TripAdvisor LLC.
Leyla Y
Brussels, Belgium
27
Reviewed March 20, 2012
Great!

I just spent a whole week at this hotel and it was better than I expected!
First, the location is great. Only 5 min walk from the Ueno station (Ginza & Hibiya Tokyo Metro line, JR Yamanote line and Skyliner train to the airport). There is also the Ueno-Okachimachi station for the Toei Oedo line nearby. Before my trip I thought the area would be a bit boring and far from the rest of the town but surprisingly it wasn't. It's actually a good compromise between the busy 'centre' (Roppongi, Shibuya, etc.) and the traditionnal/residential areas like Asakusa & Yanaka. The hotel is surrounded by nice restaurants & shops and has immediate access and view over Ueno park.

The staff is very helpful and friendly. Some of them speak really good English, some of them don't but hey, you're in Japan! When I arrived they gave me a huge bag of 7 beauty packages (1 per day) including facial masks, body polishes, cleansing lotions etc. Although the room was quite small, it was not a problem at all for me because it was well-organised, very cosy and stylish. Same for the bathroom. Nice bed and cushion massage too.

Breakfast buffet was OK. It offers Japanese food mostly so it's perfect if you like to try out local dishes but if you don't they also have cereals, toasts and french pastries though not a lot.

The only 'not so cool' thing was that they still don't have any WiFi access (they only have wired internet in the room) which is a bit of a shame considering it's 2012. There are 2 computers at the reception lobby though.

This review is the subjective opinion of a Tripadvisor member and not of TripAdvisor LLC.
DaneInBeijing
Beijing
6033
Reviewed September 13, 2011
Fantastisk hotel

Design is fantastic
View is unbeatable
Staff is friendly and competent
Location is great - 3 metro lines and the airport train within 5-10 min walk
Really nice, small "spa" with hot tub, Japanese stone sauna and massage chairs
Great in lobby cake shop - yum
Interesting area - many small restaurants, a few shopping mall etc.
Across from a very nice park/lake (with temple)
Lobby tastefully decorated, two computers available for free (free internet in room, but no wifi)
Breakfast is included and has variety in terms of Japanese and western, but limited western choice (I like to try Japanese, so for me it was great).
Staff are the best!

Area behind hotel is a bit red district like, but offers interesting restaurant (but not all will like it, but just stay on the main road then)
No wifi in room

Room tip: high floor with park view. I had on 9th floor and it was superb, but even lower floors will have view if facing the park.
Ask DaneInBeijing about Hotel Coco Grand Ueno Shinobazu
5  Thank DaneInBeijing

This review is the subjective opinion of a Tripadvisor member and not of TripAdvisor LLC.
View more reviews
PreviousNext
1…222324…