$156
View deal
Free cancellation until 10/23/21
$156
$142
View deal
Free cancellation until 10/21/21
Priceline$142
Travelocity$156
eDreams$142
View all 17 deals
Prices are the average nightly price provided by our partners and may not include all taxes and fees. Taxes and fees that are shown are estimates only. Please see our partners for more details.
Gunner7
London
108125

Somewhere between Average and Very Good

Fukuoka - and the hotel - are literally only about 5km from the airport and the easiest way to get there is by cab which costs about ¥2,000-2,200.

The Grand Hyatt is definitely located in a great spot. It's central and it's also next to Canal City which is a massive shopping mall and entertainment complex. So, there's no shortage of shops, coffee bars and restaurants, some of which have English menus which is a plus! It is also right by the red light district and the pop up food stalls that the city is known for.

The hotel itself was fairly good but there were certainly a few niggles from our perspective, specifically:

1. You have to pay extra to use the swimming pool.
2. The internet connection isn't always great.
3. The bed was really quite hard.
4. Our room smelt a bit musty.
5. The only non Japanese tv channels are CNN & Discovery but be warned, most of the programmes seem to be dubbed.

However, having said all that, the staff were great, the hotel had provided a wireless internet router in our room prior to arrival as requested and it was a pretty good hotel really.

I haven't tried other hotels in the city but I should imagine this is definitely one of the better ones.More 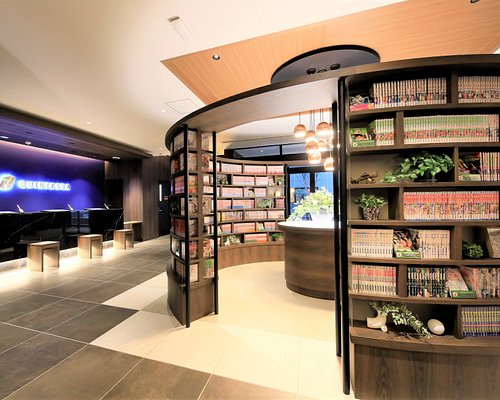 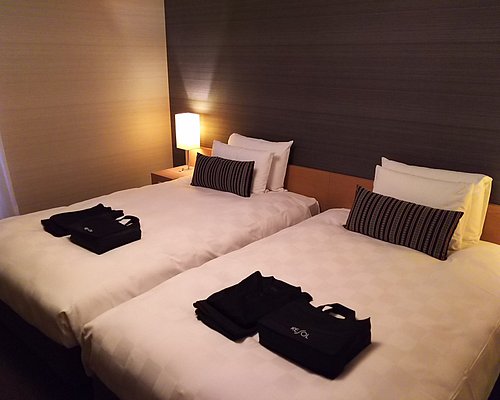 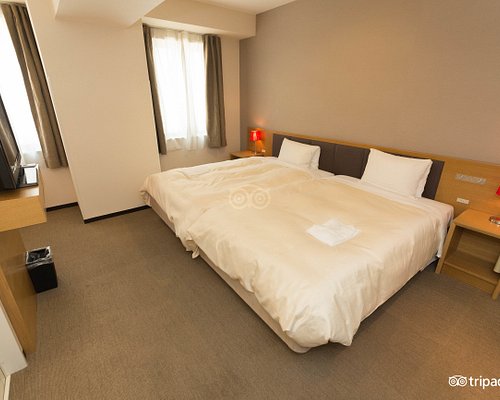 Attached to the mall Canal City with Ramen stadium. Rooms are large and great bathrooms. Location is very good - walkable to the river and other shopping areas. Lots to do and see. Service is very good. Typical Grand Hyatt hotel. Free wifi in lobby

This review is the subjective opinion of a Tripadvisor member and not of TripAdvisor LLC.
Eve G
Las Vegas, Nevada
19997
Reviewed December 21, 2012
Read the small print

Just checked out of the Grand Hyatt Fukuoka after five nights. Had a good stay but be prepared to be nickel and dimed.

The front desk staff was very nice and efficient. Check in went very smoothly. I had called several weeks in advance to confirm connecting rooms for us and the kids and was told that they did not have connecting rooms but would give us rooms close to one another. The hallways zigzag and, although the room numbers were within 10 of each other, the kids room was not within sight of our room, which was very disappointing. We did notice that other families were able to get rooms next to or across from one another though.

The rooms were decent sized as were the bathrooms. The toilets were equipped with bidets and heated seats. Every toiletry that one might need was provided. The beds were very hard and uncomfortable though. Although the room was equipped with its own temperature regulator, we could not adjust the heat of the room, no matter how many times we tried to decrease the temperature. The rooms were extremely hot and stuffy and we could not turn the temperature down nor open any windows. The hallways were also kept extremely hot. We found this to be very uncomfortable. There is NO wi-fi available in the room, even for a charge. There is a cable to connect to the internet but we only had Ipads with, not computers. The only way we could connect to the internet was to go to the Starbucks but, beware, you have to have on device that can hook up to an internet to set up an account at Starbucks. We paid for a free wi-fi spot for a day and then made arrangements for starbucks accounts on all devices.

Housekeeping was fantastic. Everything was refilled daily.

The front desk staff was very polite, friendly and helpful. The young lady who helped up arrange a tour to the Asaki factory was very friendly, helpful and thorough. The only problem we had was with regard to the bed and breakfast plan we had purchased. I, unfortunately did not read the small print under children's ages. At the Grand Hyatt, only 12 and under are considered children, not 17 and under. Children are not given meal tickets. Not sure how they are supposed to eat. Since we did not count either of our children (ages 13 and 17) as adults, they were not given meal tickets, despite being listed on the rooms. After some go around, we were finally given meal tickets for them after being scolded that this was a one-time exception they were granting. Incident left a bad taste initially. When I returned home I did look up the definition of children and did adjust the numbers to see if there really was a price change and, there was. So, moral of the story, make sure to determine first what age children are considered.

Also, if you want late check out, be prepared to pay. They only give an hour grace period. Anything more will cost you 50% of the room cost.

The location of the hotel was very good. It was connected to Canal City where we were able to do plenty of shopping and eating. We could easily walk to the Hakata station and Tenjin. Early in the week the area was quiet and pleasant. It got very crowded and loud the closer we got to the weekend.

This review is the subjective opinion of a Tripadvisor member and not of TripAdvisor LLC.
feibeesi
Kuala Lumpur, Malaysia
7657
Reviewed December 19, 2012
Best Hotel in Fukuoka

I believe this is the best hotel in Fukuoka. The location can't be beaten. 20 minutes from the airport and attached to Canal City Shopping Mall. 5 minutes by foot to the red light and entertainment district with plenty of food stall that Fukuoka is famous for nearby. Hakata waterfront is just 10 minutes away by taxi.

Rooms are well appointed and clean but the massage was a little dissapointing. Breakfast was good.

Overall a good stay and will be back.

This review is the subjective opinion of a Tripadvisor member and not of TripAdvisor LLC.
JillRika
Bangkok, Thailand
4432
Reviewed November 3, 2012
Good location but lack of privacy

The hotel is located with great location as the building is connected to The Canal City which is a huge shopping mall and entertainment center, Staffs were nice and helpful but the internet connection wasn't good and also the hotel lobby just seem busy and noisy all the time at least during my stay, So I think this is perfect for shopaholic people but still it's not so worth for tourists who want to spend for five stars perfect hotel.

This review is the subjective opinion of a Tripadvisor member and not of TripAdvisor LLC.
liucy752
Taipei, Taiwan
49816843
Reviewed October 30, 2012
Good hotel, noisy lobby

Good location -walking distance to the main station, close to a big shopping mall and entertainment center - the Canal City Hakata. Actually, the hotel and the Canal City are in a building complex. Room is not spacious, but acceptable. Staffs are well-trained, friendly and helpful. Canal City comprises a great variety of leisure facilities including a shopping mall, game centers, cinemas, two hotels (including the Grand Hyatt) and many restaurants.
IPeople can reach the Canal City from (or by passing) the lobby of this hotel. It is very convenient for a tourist. Unfortunately, due to the same situation, the lobby of the hotel is very busy and noisy, especially in the evening. .

This review is the subjective opinion of a Tripadvisor member and not of TripAdvisor LLC.
View more reviews
PreviousNext
1…757677…