Paradise Beach Club
Paradise Beach Club
Lowest prices for your stay
Lock in the lowest price from these sites
$87
Reserve now, pay at stay
View deal
eDreams$87
Priceline$87
Tripadvisor$87
Expedia.com
Travelocity
Orbitz.com
View all 11 deals
Prices are the average nightly price provided by our partners and may not include all taxes and fees. Taxes and fees that are shown are estimates only. Please see our partners for more details.
NORTHCOASTLIFE
45

Great value/ pool on the beachfront

Been traveling around Sri Lanka now for 2 weeks and stumbled across tbc walking along the beach . The pool is massive right on the waters edge.
The buffet dinner & breakfast was included in our room price which were both most impressive & of a high standard.
The staff here couldn’t have been more helpful & the atmosphere is so relaxed .
Such a great spot to spend our last days in Sri Lanka.

Trip type: Traveled as a couple
See all 1,003 reviews
Nearby Hotels 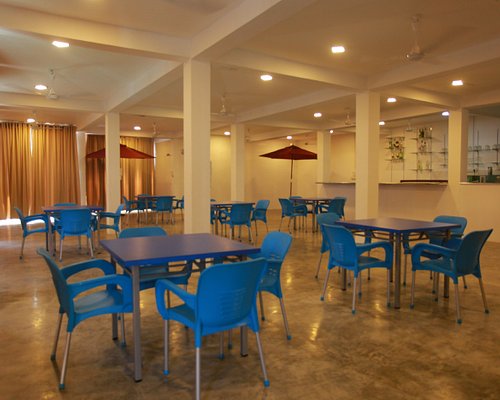 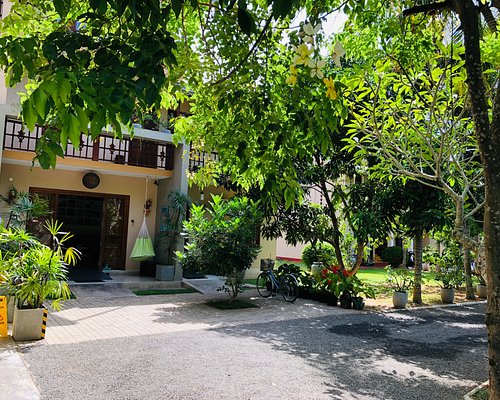 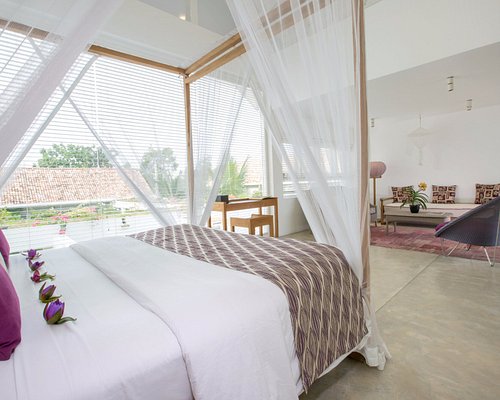 We came to the restaurant for lunch and ordered the grilled prawns. We realised our waiter didn’t quite understand our English so we pointed to the grilled prawns on the menu to make sure he understood. 30 minutes later, they brought out grilled fish. We explained that this was not what we ordered and after explaining twice they took it away and said the grilled prawns would be 20-25 minutes. Half an hour later the grilled prawns came out. They were tasty but overdone which was fine as the flavour was lovely. When the bill came the grilled fish was still included so we queried this but again our waiter did not understand. We asked for the manager and four more staff came and stood around us while the manager tried to rectify the situation. Eventually the bill was sorted but not before two of the staff stood right next to us arguing with their manager. Do not visit if you want good or quick service.

This review is the subjective opinion of a Tripadvisor member and not of TripAdvisor LLC.
Jadools57
Whangarei, New Zealand
126
Reviewed July 17, 2019 via mobile
On the beach

The Hotel is situated right on the beach at Mirissa,and I mean tight on the beach.The time we stayed the sea was very rough with the sea spilling over the shoreline and into the pool area.
Would have been chaotic in the 2004 Tsunami I suggest.
Great pool and vista.Friendly staff as usual in Sri Lanka.
Room was adequate for the 3 of us.
No hot water for the morning shower and when we went to call reception found the phone didn’t work.
However nice place in a tourist area currently with very few tourists.
Would we go back and stay and explore again...yes we would pretty good value for money.

This review is the subjective opinion of a Tripadvisor member and not of TripAdvisor LLC.
becm523
Melbourne, Australia
9
Reviewed July 13, 2019 via mobile
Great place on the beach

We booked the stay here for two nights. The place had a fantastic restaurant and bar. The pool Was beautiful and right next to the beach. Lots of chairs and towels provided.

This review is the subjective opinion of a Tripadvisor member and not of TripAdvisor LLC.
Daniel S
Rosemere, Canada
83
Reviewed May 15, 2019
walking on the beach, surfing in the ocean

very nice hotel, clean, good service, well place directly on the beach and quiet. the food at the restaurant is good and a lot of choices, enough chairs on the beach, many chops around . the beach is nie and easy to go swimming

This review is the subjective opinion of a Tripadvisor member and not of TripAdvisor LLC.
UKBigman
Manchester
9839
Reviewed May 1, 2019
a real disappointment

The hotel is right on the beach, and the beach is lovely, with great surf to play in. There were plenty of sun loungers there.
And from our point of view that is about as good as it gets.
The family room was big and soulless. It lacked any degree of planning - the seating area was away from the lights; the door onto the balcony stuck on the runners; the bedding was working towards the thousand wash grey; the bathroom was vast and dark, and because the jacuzzi bath leaked (there was no separate shower) it was damp and attracted mossies.
The restaurant was dire - empty and echoing, with at best very average food and limited choice; service was perfunctory and off hand, and clearly no training had been put into the staff. the dining room was also not the cleanest.It appeared as if the vast majority of guests ate out of the hotel.
The front of house were frankly hopeless! Lots of people doing nothing. They were uncooperative, slow and disinterested when it came to changing currency. The staff around the pool were however much better but very pushy when it came to trying to extract a tip.
The benefit of this is that two days there seemed a lot longer, thereby lengthening the holiday!