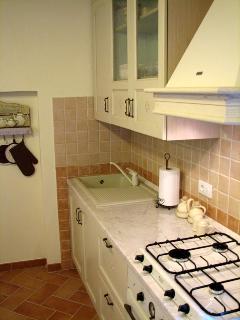 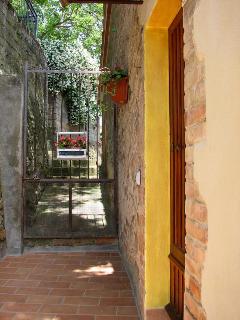 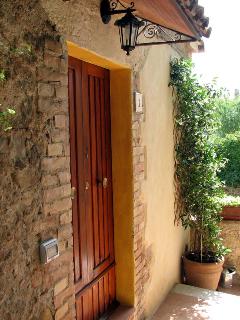 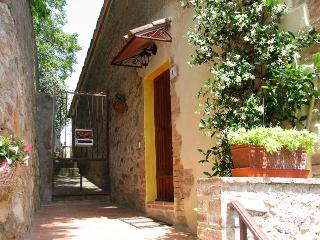 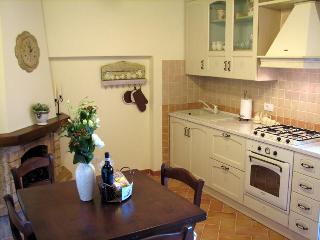 Excellent - based on 72 reviews
Write a Review

This is a cozy little apartment with many places to go and see within a hour or 2. The owner is very helpful and easy to communicate with (we primarily used email). Everything in the place is nicely maintained and very clean.

After 6 years we were so happy to come back to this wonderful place. Although the place is restructured since then, it still has its characteristic Italian style. The village is peaceful and just as lovely as it is. Although we had some bad weather, the fire place and the kitchen gave us that romantic feeling. We definitely will come back another time.

CA
Reviewed April 17, 2014 for a stay in April 2014
Date of stay: April 2014
Would I recommend this vacation rental to my best friend?
Recommended for:
Was this review helpful? Yes
This review is the subjective opinion of an individual traveler and not of TripAdvisor LLC nor of its partners.
Problem with this review? Thank you. We appreciate your input.

Casina Di Rosa was a wonderfully welcoming place to stay, and a fantastic base for us to do day trips around Tuscany in our rental car.
We met Marcel at a restaurant near the entrance to the town, and he took us up to our parking spot, and then walked us to the apartment.
We arrived to the smell of lavender blooming over the staircase up to the front door. Inside was a quiet and comfortable apartment, with a stocked kitchen, and bookshelf with numerous very helpful travel books. There was also a binder full of great ideas for different things to do in the area. Although we did plenty of research about where to go and what to do, we still found plenty of other ideas in the binder. The recent renovation was very tastefully done, and to a very high quality. The bathroom was very nice, with a great shower. The bed was also very comfortable. We felt at home right away, and it was so nice to know we had such a great place to come back to at the end of each long day of travelling.
A few weeks before we got there, we were also told that they had set up free wifi for guests!
The town of Civitella Marittima itself was just what we were hoping for as well. It was a small and quiet mountain top village, with a couple of bakeries we would walk to in the morning for a fresh marmalade or chocolate filled croissant, or a fresh loaf of bread to take with us on our day trips. There were also a couple of small shops for groceries, a bar, a butcher, bank machines, and a fantastic restaurant called La Locanda. The locals were all very friendly too.
Any issues were very minor... the tv was small, but we never turned it on while we were there. We didn't come to Tuscany to watch tv! The only other thing was the parking spot could possibly be a problem if the car you are driving is big. We had a Fiat 500, and it was fine.

Date of stay: October 2013
Liked best: Better than we expected, and our expectations were high to begin with.
Liked least: The parking
Traveling group: Spouse/Partner
Your age range 35-49
Would you recommend this hotel to a friend?   Yes.
Recommended for:
Was this review helpful? Yes
This review is the subjective opinion of a TripAdvisor member and not of TripAdvisor LLC.
Problem with this review? Thank you. We appreciate your input.

After a week in Rome and Florence, Civatella Marittima was like a few days off in upstate NY. It's a very old hilltop town that's somewhat of a ghost town during the week. My assumption was that it's popular as a weekend vacation home town with Italians who want to avoid the tour bus crowds. But I could be completely wrong about that.

We met Marcel (who is a pleasant Canadian so no language issues) at a cafe at the roundabout into CM and he led us up the hill to Casina di Rosa about three minutes away. He gave us a tour of the place, showed us how things worked and left us alone with a well-organized binder of things to do in the area. We were given his and Gloria's cell numbers in case there were problems. Other than us accidentally disconnecting the modem for the sat TV, we had no reason to bother them.

The cottage is lovely and spacious and was obviously renovated with care to provide modern amenities like a convection oven and split-unit HVAC.

We're NYC folk so the town of CM was a little quiet for us. There's not much to it other than the excellent Laconda restaurant and a few small shops but that didn't matter because we intended to use it as a convenient base to explore Tuscany. You'll probably be visiting the amazing mountains, historic towns and shoreline near Civitella Marittima. I should mention that unless you intend to catch up on your reading it would probably be a mistake not to come with a rental car. I don't know if it's impossible to get around using 100% public transportation (i.e. buses). I just wouldn't want to try it.

If you bring a car, Gloria and Marcel have made parking arrangements a block away from the cottage. It's down a steep and rutted driveway and you might come home on weekends to find someone parked in your space (we did). But it was no problem parking on the road on those two nights.

Because I'm a techie on 24/7 emergency contact, I was initially concerned by older comments here about the broadband but they're moot. The wifi was the best we had in Italy and with enough bandwidth to watch Netflix*. Before I get flack for watching movies on vacation, the only American language TV available there is CNN Int'l and Bloomberg and you will likely be spending at least one rainy evening in CM.

Marcel started us off with a couple of days' worth of firewood for the fireplace, which was terrific. However, make sure to spend a few minutes during daylight collecting kindling and acquiring firewood for the rest of the week.

There's a washing machine, which has an incredibly long cycle, but no clothes dryer. There's a clothes line outside and a folding rack for indoors. Plan for clothes to take as long as 24 hours to dry on humid, overcast days. Pay attention to Marcel's instructions for resetting the breakers. We accidentally tripped the main while the washer was in use and the electric oven was heating up. It only happened once and we were back up in a few seconds.

As for things to do while there, my favorite roadtrip experience of my life was driving the provincial backroads from Montalcino to Montepulciano via San Quirico D'Orcia. Do NOT miss this. Just try to be off these roads before dark because they're challenging without much room for error.

Google Navigator turned out to be the best GPS for the region. My Garmin was practically useless in Italy. Some US cell carriers provide free 3/2G in foreign counties (mine, which begins with a "T-", does) and coverage was very good, even in the mountains.

There are all the basic supplies for cooking, including oil and spices, and there's a large "Coop" supermarket just off the north Paganico exit on 223. Navigator really proved its worth navigating those streets to get to it.

We booked for a week but left after five days because my girlfriend really wanted to visit Pisa, a town she'd written about for the travel mags but had never actually visited.

The only disappointment of the week was that the national park we wanted to hike (Parco Naturale de Maremma) closed for the season a few days before we got there. But it gave us the opportunity to visit some of the shoreline towns we probably wouldn't have seen otherwise.

* The trick with watching Netflix in Europe using an American account is to use a proxy DNS server. You can Google the details for setting this up, or ping me.

Date of stay: November 2013
Traveling group: Spouse/Partner
Would you recommend this hotel to a friend?   Yes.
Was this review helpful? Yes
This review is the subjective opinion of a TripAdvisor member and not of TripAdvisor LLC.
Problem with this review? Thank you. We appreciate your input.

NY
Reviewed October 23, 2013 for a stay in October 2013
Date of stay: October 2013
Would I recommend this vacation rental to my best friend?
Recommended for:
Was this review helpful? Yes
This review is the subjective opinion of an individual traveler and not of TripAdvisor LLC nor of its partners.
Problem with this review? Thank you. We appreciate your input.
Previous Next
1 2 3 4 5 6 … 11
Updating list...
Do you own a vacation rental? List it here.

Looking for a place to stay in Civitella Marittima?
View all 16 vacation rentals