$270
$226
View deal
SAVE $44
FindHotel$243
Priceline$256
Prestigia.com$254
View all 16 deals
Prices are the average nightly price provided by our partners and may not include all taxes and fees. Taxes and fees that are shown are estimates only. Please see our partners for more details.
Shaggerspicchu
Okotoks, Canada
5233

Pretty good for the price

Good prices from Agoda, Clean room, nice staff, lots of good food nearby. Theee are a lot of stairs but there are elevators hiding if you ask. Breakfast is decent. My only complaint is that they have a mandatory buffet dinner on special occasions like Christmas and New Years. The price is more than one nights stay and based on my friends review of it..... It was terrible. We checked in after christmas and before new years to avoid this.

See all 2,557 reviews
Nearby Hotels 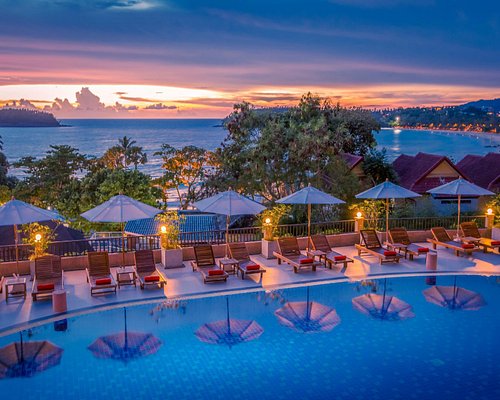 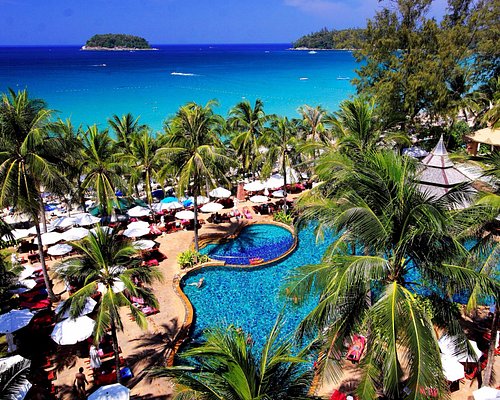 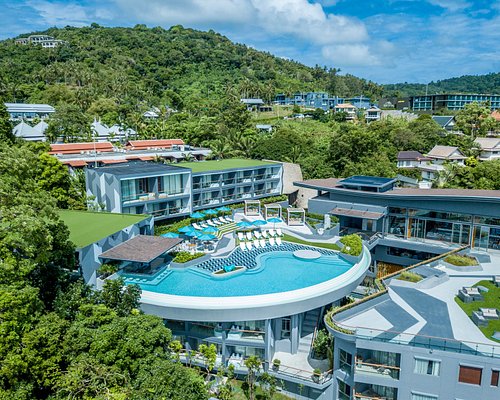 On arriving at the hotel we were impressed by the initial appearance and location......how wrong we were!
The room was ok and granted had a great view but on closer inspection was filthy, quite often when we went back to our room after breakfast the maid was outside our room chatting up the maintenance men rather than doing her job. The room next to us had obviously had room service a few times. The dirty plates were left outside our room for 3 days....disgusting!
On our first night there we were woken by work men on the roof, laughing and running around, very alarming! I found all the staff rude and unhelpful. I was asking one man a question and he quite literally just walked away from me without giving me any kind of response. No one acknowledged us generally. They had a crew of about 10 men putting up the christmas lights around the pool for 2 days when we were there. Most unrelaxing! They spent most of their time sat on the side of the pool smoking while other members of the pool staff kicked balls around and threw them in the pool with no regard for my 2 children and other guests. On our last day all the sunbeds were taken away from the pool so that they could set up for their Christmas meal. We had to decamp over to the other pool where there were no staff on duty at the pool bar and sunbeds were broken. Meanwhile the staff setting up at the other pool had the music blaring at top volume, at least they were enjoying themselves!
Breakfast was truly awful with little choice and the dining room was filthy, we were constantly having to ask for plates to be cleared.
We were only there for 3 days and that was more than enough, I even seriously considered moving out on the last day as I found the whole stay very unrelaxing. I did complain to the duty manager but she seemed very uninterested in the issues that I had. Sack all the staff and start again and you could have yourself a decent hotel!!

This review is the subjective opinion of a TripAdvisor member and not of TripAdvisor LLC.
DiverNor
Oslo, Norway
4241
Reviewed December 26, 2012
Wow! Where do I begin! Nightmare! Do not go!

First: Tropical garden resort is not the same hotel as Tropical resort! Both hotels are located at Kata beach.

Pros: good location, it is only a 3 minutes walk to the beach from the hotel. If you get a room with a view of the beach it is nice! Nice baby cot.

Cons: No free internet. You have to pay a 100 bath for on hour and you can`t pay for a day. I think it was a maximum of 3 hours.

There were about 90% Russians at the hotel and they used the kids pool as a foot bath to get rid of the sand. The other pool was dirty and you could see a thin layer of oil/fat on the top. The water level was too low, so it was still water.

We were accused of stealing a can of Heineken (55bath) from the minibar. I had to talk to the manager in the end to get this sorted out !!!! WOW! After a couple of days our room was attacked by a ton of small ants and my wife was bitten so she had to go to the doctor. We got a new room and the Heineken was found underneath a table!!! Holy crap!

My wife was food poisoned after she ate a burger from the hotel. And still no apology from the hotel! The food is not good. The breakfast is not any good. The egg lady is rude and could not boil an egg for me. Holy crap what a bad service. The baby chair was a bar- chair and you had to use a large napkin to tie your kid to the chair :) Do you laugh or cry?????

The day before our departure the elevator broke down, so I had to carry 4 large suitcases 4 levels down. I did talk to the reception the day before, but no bellboy showed up.

Many of the staff were not friendly and little helpful! We had a big language problem because they did not speak English. One example: I said the power was out and the girl asked me how many towels I needed. Jissess!

Star tour talked to the hotel and Star tour told them to give us a free meal. We did enjoy that dinner. Big thanks to Star tour!

We met other Europeans and they had all had problems with either the room or the staff. The two weeks at this hotel was a nightmare you only read about!

This review is the subjective opinion of a TripAdvisor member and not of TripAdvisor LLC.
AleksandraT_12
Moscow, Russia
4955
Reviewed November 21, 2012
Good location and service

I spent time in this hotel in may 2011. In my oppinion this hotel has one of the best location on island. Just across the road from the best Phuket beach and 5 minut to walk to the small Kata Noi beach. Room was big and clean with beautiful sea view. so I can recomend this hotel.

This review is the subjective opinion of a TripAdvisor member and not of TripAdvisor LLC.
davidtPerthAustralia
Dell City, Texas
710
Reviewed November 10, 2012
Tropical paradise

My wife and I have just returned from phuket stay at the above resort. From check-in to check out we had no problems. All staff were friendly and courteous and will help in any way they can,always with a smile. With some staff there is a slight language barrier,but this is easily overcome. The rooms are very large with showers and bath in separate rooms. Toilet is also in a separate room which is really convenient.the rooms are cleaned every day and after cleaning they are spotless. The cleaners are really friendly and easy to talk to. Breakfast is not extra large,but certainly enough to take away your hunger. They have an egg lady who cooks your eggs while you wait ensuring you get hot eggs and they will bring them to your table when ready so you are not standing in the queue. I have been to 4* hotels where they cook the eggs,then put them on a platter,if you take the eggs from the platter they are usually cold. Thumbs up to the Tropical Resort - we shall return next year and have a great holiday at the above

This review is the subjective opinion of a TripAdvisor member and not of TripAdvisor LLC.
dreadstar0410
Huddersfield
1335
Reviewed October 18, 2012 via mobile
Faultless

Stayed here for three weeks Sept/Oct 2012. Superb hotel in a quiet position at the bottom (quiet) end of Kata Beach. Excellent service,friendly staff (nothing too much trouble) and an excellent taxi service especially Mr Mart. Breakfast the same every day but there is so much choice you are SPOILT for choice. Rooms are spacious with all mod cons. All in all, 5 stars for this hotel.

This review is the subjective opinion of a TripAdvisor member and not of TripAdvisor LLC.
View more reviews
PreviousNext
1…273274275…427