$215
View deal
Travelocity$215
Orbitz.com$215
Tripadvisor$215
Prestigia.com
StayForLong
Destinia.com
Prices are the average nightly price provided by our partners and may not include all taxes and fees. Taxes and fees that are shown are estimates only. Please see our partners for more details.
Cynthianq
Greater Sydney, Australia
138

Breath-taking views of the ocean and island, friendly and helpful staffs and rooms are huge and clean.

We stayed at Infinity from 10-18th Jan 2013 in a 3 brm Penthouse. We found our apartment to be very modern and spacious than we imagined. Loved being able to see our kids swimming in pool while relaxing in the lounge, very cool!
Housekeeping did a great job especially with the amount of rubbish we had ( coconuts, durians, rambutans,etc.)
All staffs are very friendly and helpful. Security is great as well as there is always staff on duty 24/7. Location wise is about 25 mins to main Chaeweng tourist areas but there are a few markets 5-10 mins away by car. We enjoyed and loved the food markets nearby. We had two families and 3 kids so we had hired a car to travel around, this is perfect for the location and don't mind being away from the crowds. We would definitely come back to Infinity and have recommend to our friends and families. Thank you Infinity staffs for your wonderful service and hospitality!More 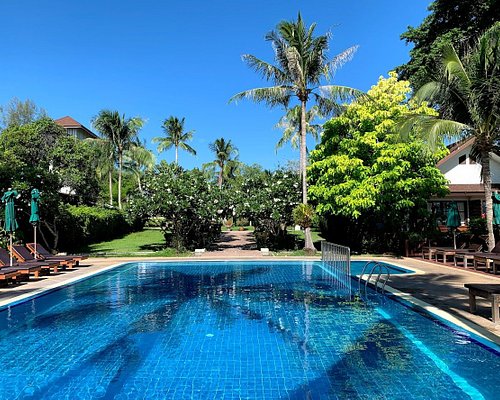 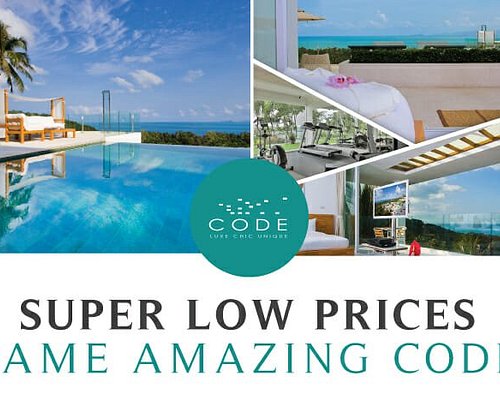 It was our second visit to this property.Delightfully different and improved version of what we already liked 1 year ago.The resort, like an island transported to high mountains is unique. You nestle in the hills, but get also the feeling of being on an ocean front. There is a new management, much more focussed on guest satisfaction. House keeping improved and so has the Food & Beverege. The Spa is still under construction, but even the makeshift Spa has some great therapists !
Keep it up! We loved it this time.

This review is the subjective opinion of a Tripadvisor member and not of TripAdvisor LLC.
jbbb_83
Australia
1519
Reviewed January 26, 2013
Nice Apartment but far from the action

We stayed here from 15th - 18th. A word of warning, we found it really difficult to find a taxi cab from the airport to take us to the hotel, which we thought odd. But on our third try we found a taxi to take us. The hotel is located far from Chaweng and is located perched ontop of a hill. The road to the hotel is VERY steep and windy (hence why no one would take us). On arrival we were greeted with champagne and taken to our room. The room was very modern and clean, with breathtaking views. The first night there was NO electricity (not the hotels fault) but I could not even have a shower after going for a swim. The hotel staff gave us torches and lights did not come back on till 8:30pm. Because it is located on top of a hill with no other facilities near by, all we could do was wait for the lights to come on. We hired a car the next day as taxis were expensive to get to Chaweng and markets. There is a shuttle where they take you to the bottom of the hill to take a taxi. The bins were not cleaned from our room or toilet paper replaced which was disappointing.The hotel is nice but only if you are looking to stay there and not go anywhere else.

This review is the subjective opinion of a Tripadvisor member and not of TripAdvisor LLC.
JetsettingSi
Kingston upon Thames
2225
Reviewed January 13, 2013
Life threatening accident, negligent resort!

Celebrating a new job offer I took my wife to enjoy some time together on Koh Samui before it began. We love the island and have visited a number of times choosing to stay in a number of different resorts and experience different things (see some of my other reviews). On this occasion, being a bit special we searched online and found Infinity.

Won over by the breath-taking imagery of infinity pools, chic apartments and spectacular views we arrived and were immaterially impress that the resort lived up to the pictures. Aside of the fact that a number of the buildings were still under construction the upgraded suite we were given was beautiful and had its own pool.

Everything was perfect until day two of our 10 day stay when the glass door to the bedroom which had no stopper to prevent it hitting the wall when it opened did so as my wife walked out in the morning to make a coffee, what happened next has changed her life forever. AS I lay in bed I heard the shatter of glass breaking and a scream. As she opened the door the hand rail had tapped the wall and fractured it horizontally across the centre. The door shattered into a million pieces and folded in half as it fell. My wife dived from its path but failed to avoid the falling glass and fell to the floor, blood pouring out of her leg.

After rushing her to the hospital it was found that her calf muscle had been punctured from just below the kneed at the rear 12cm to just above her Achilles tendon as well as lacerating the back of her had which had been holding the door. This resulting in her having to undergo 2 hours of surgery under general aesthetic (quite terrifying as she had never had surgery before) and leaving her unable to walk unaided for 3 months following the accident. She had to have 39 stitches in total, her calf muscle was sliced open to repair the damage to the muscle and the doctors were unable to say if it would ever properly heal. The scar left is quite horrific and having formerly run marathons she is now unable to exercise properly, leaving her quite depressed after being a very active person prior to the accident.

While the hotel manager John was very proactive at getting us to the hospital, arranged to cover the medical bills through the resorts insurance and was sympathetic to our plight this was were the hotels responsibility ended. We were not offered any form of compensation, our cost of the stay was not returned and subsequent attempts by our solicitor to claim any of these were ignored by the hotel. Under Thai law if the hospital bill is paid and no income is lost (my wife's employer was very understanding giving her paid time off to recover) then the hotel was not liable for much more than what would amount to a few pounds compensation and not financially viable for our solicitor to pursue. As the holiday was not purchased as a package holiday it was also not ABTA protected leaving us with no further avenues to pursue.

This accident caused my wife significant pain and discomfort, left her unable to walk properly for many months and permanently unable to run long distances as she did before. I would STRONGLY RECOMMEND NOT VISITING THIS HOTEL given this experience. I spoke to the hotel manager about how the accident happened and he put blame on the builder who obviously fitted all the other doors in the hotel. When I looked around the other rooms all had the same doors so this could easily happen to anyone again.

The most amazing thing is in this day and age where something like this can be broadcast to the world the hotel refused to offer anything to compensate for the accident which could happen to anyone again. This was not caused by carelessness of the guest but by negligent building defects, no stopper to prevent the door hitting the wall and the glass should not have shattered and folded in half.

If you don't want to be left with life changing injuries avoid staying at this resort.

Please note the rating of this resort is based on the ability to enjoy it after being injured as described above.

This review is the subjective opinion of a Tripadvisor member and not of TripAdvisor LLC.
J-mannn
33
Reviewed January 7, 2013
Top Class

we stayed in a elegance suite over New Year and paid the premium price for our luxury this year. As expected from other reviews, infinity got top class so it was definitely worth it. The new year eve was amazing, carefully planned to make us feel unique and special. A private classy setting with beautiful people that had everything from live music, dj, fire show and very delicious food. i am very proud to have been part of this night but the most spectacular thing of all was the fireworks, it kept going for ages, must have cost a lot. Before departing the wonderful staff took us under the stars to release sky lanterns, this was truly a magical moment. Thank you so much to the Infinity crew, you are all top class :-)

This review is the subjective opinion of a Tripadvisor member and not of TripAdvisor LLC.
Lesya M
Paris, France
216
Reviewed December 28, 2012
Infinity Resort in Koh Samui - Brings you through the infinity yo your dream

I have spent 12 days in this amazing super luxury Resort, located in the pure natural jungles area between the palm trees and exotic flowers with the great sea view. The spirit of pure nature and luxury comfort at the same time is unforgettable. The general manager Stephan welcoming you on the arrival and gives you all the useful advises about all the best places to visit in Koh Samui. The staff are super gentle, on the arrival they make your bed decorated with a flowers and offer you a flower bath for to make you feel great from the beginning of your stay. Just few minutes form the Infinity Resort - there is a nice beach. For to relax there is a great spa treatments -massage with aromatic oil that will make you happy for all the day. The food at the restaurant is really delicious, I was enjoying it so much. Specially Christmas dinner with a fire show. I couldn't not to take several pictures of every dish before to start to eat. Strongly advise this place for to celebrate New year Eve, Honeymoon or vacation with friends, family or alone. You can just one apartment with several bedrooms and the sea view and personal pool! Anyhow you will feel so welcome and happy and really 100% recovered, fresh and inspired for everything!!!

This review is the subjective opinion of a Tripadvisor member and not of TripAdvisor LLC.
View more reviews
PreviousNext
1…686970…