$103
$93
View deal
Orbitz.com
Travelocity
Priceline$103
View all 18 deals
Prices are the average nightly price provided by our partners and may not include all taxes and fees. Taxes and fees that are shown are estimates only. Please see our partners for more details.
Vedran Z
Umag
12

The staff vas very friendly. The room was tastefully decorated and clean.
Very comfortable and tastefully furnished hotel. Very big and comfortable beds.
Offer good food for breakfast.
It's a great choice for everyone and for every type of holiday.

See all 734 reviews
Nearby Hotels 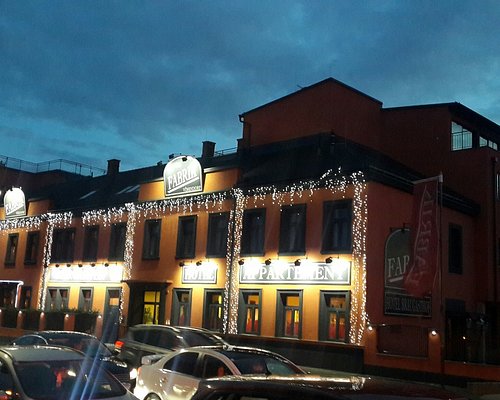 Every year I stay at the Austria Trend Eventhotel Pyramide during a week in October, for the Cultiva cannabis expo
It's now 5 years in a row, and I have never been disappointed by the hotel.
Service is good, the hotel is spacious, clean and logistically well prepared to host a large number of demanding international guests.
Rooms are spacious and well equipped, apart from the minibar (poorly designed and poorly filled).
The restaurant serves good food at reasonable prices, and the bar is lively and open until late.
The conference center and expo venue are really great.

This review is the subjective opinion of a Tripadvisor member and not of TripAdvisor LLC.
Sanjintravel
Phuket, Thailand
5483
Reviewed October 31, 2012
Nice 1 night stay

Hotel is well located on the south highway A2 just before Vienna. Close to shopping centre and restaurants. It's a huge hotel with nice swimming pool area, jacuzzi, wellness, fitness.
Breakfast is very good for 4* hotel.
All in all a good choice for your stay on the outskirts of Vienna.
It's a bit old so it might look a bit worn but this shouldn't stop you from booking this hotel.
Good value for money.

This review is the subjective opinion of a Tripadvisor member and not of TripAdvisor LLC.
Alexandra C
Belgrade, Serbia
61104
Reviewed October 26, 2012
Comfortable hotel with great inner pool

The obvious disadvantage is the location - this hotel is far from central part of Vienna. On the other hand, it is just across the street from the very big shopping center and what is even better, it has a beautiful inner pool in which you can relax after a tiring day of sightseeing or shopping. It also has a nice bar and restaurant, not too expensive, so taking everything into account, it is very comfortable and not a bad choice for exploring Vienna. Staff very nice and welcoming, speak excellent English! :)

This review is the subjective opinion of a Tripadvisor member and not of TripAdvisor LLC.
mikkohoo
Helsinki, Finland
5862
Reviewed October 14, 2012 via mobile
Well organised seminar but average food and poor rooms

Friendly service and really well organised meals for large groups. The food itself wasn't anything special. My room was old and shabby but the seminar rooms were OK. The hotel is located quite far from the city center and approximately half an hour drive from the airport.

This review is the subjective opinion of a Tripadvisor member and not of TripAdvisor LLC.
SummitKing
Hong Kong, China
22
Reviewed September 28, 2012
Unsafe, unclean and poor attitude

In short, this hotel is unacceptable for health, safety and service attitude.

I was with a tour group from Hong Kong with 34 people. We had to stay one night in this hotel because the Hilton Danube Hotel was not available that night, and what a bad experience it was!

The room we had did not have a separate shower, just a tub. The tub had steeply sloping sides and the tub floor was not treated to be non-slip. There was no safety rubber mat provided. The grab-bar was integrated with the soap-dish at such a low level that it is useless when you try to step into or out of the tub or stand up to take a shower. My wife had to put on rubber slippers we had brought when taking a shower to avoid slipping.

When we went to breakfast in the morning, the maitre d' directed us to an area to the right which appeared to be an overflow area, not a restaurant setting. The guest in front of us didn't want to go to that area and complained vehemently. He was let into the main breakfast restaurant. We didn't want to create a scene and went to the 'overflow' area as directed. When we got to that area, we found that the breakfast being served had very limited choices and there was only one waiter.

We immediately noticed that the cutlery was not clean. We tried to get the waiter's attention but he ignored us. So, we looked around the 3 tables next to us and found two clean set of cutlery. At that point, we waved the waiter over and showed him the dirty cutlery and ask him to check the cutlery in the other tables in the 'overflow' area. He took the dirty cutlery to the kitchen, brought new cutlery to the 3 tables but didn't bother with the other tables.

After we finish breakfast, we complained to the maitre d' about the unclean cutlery and the limited choice of food items. He did not want to listen to our complain and ask us to talk to the front desk. When I asked for his name to give to the front desk, he covered up his badge and walked away.

I ask at the front desk to see the manager in charge and he came to my room soon afterwards. He apologized for the unclean cutlery and the attitude of the maitre d' but indicated that there were two types of breakfast, group breakfast and power breakfast. We were only eligible for group breakfast. This was never pointed out to us when we checked into the hotel. It certainly made us feel that we have been discriminated against.

When I pointed out the safely issue with the bath tub, the manager didn't feel that it is a problem. I got the feeling that he was more concerned about cost than safety or quality of service.

Mine was not the only unpleasant experience with this hotel in our group. There were problems with water backing up into the bathrooms in some of the rooms, and the flimsy furniture in the lobby is a safely hazard. However, since I did not directly experience these problems, I will let the other parties address them.

This review is the subjective opinion of a Tripadvisor member and not of TripAdvisor LLC.
View more reviews
PreviousNext
1…394041…