Cephalonia
Search for "{0}"
Post
Trips
Tip: All of your saved places can be found here in My Trips.
Inbox
Log in to get trip updates and message other travelers.
ProfileJoin
Search

“Fabulous”
OXlPXzIyX3dPTw==
other travelers have booked this property 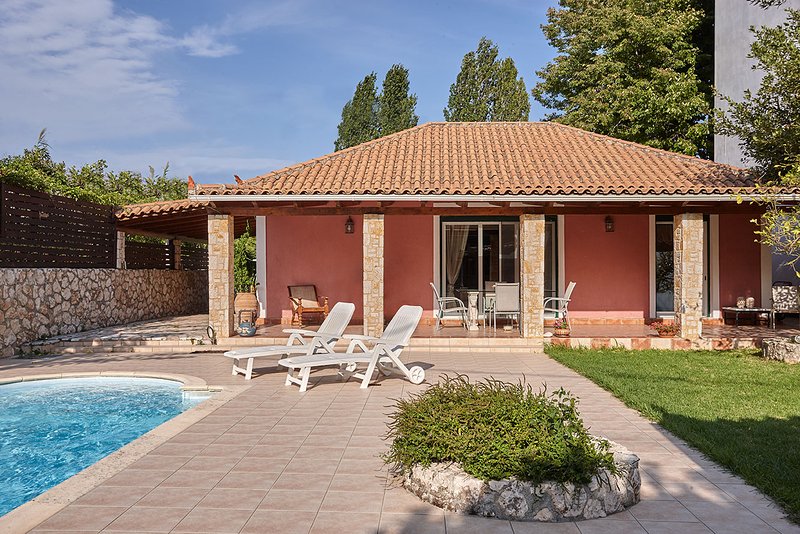 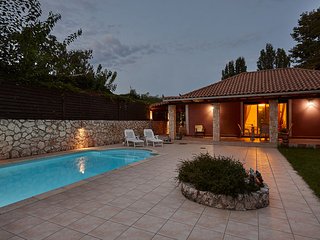 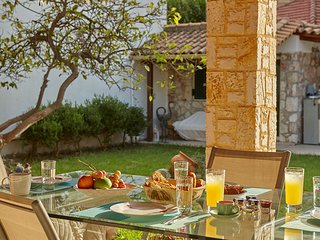 Really lovely villa was perfect for us very spacious and clean. The villa was so central everything within walking distance Panos was very helpful and friendly we loved the villa and Poros itself ! We loved the music in Zanza bar and all the meals were tasty! would love to visit again sometime.We had a very relaxing holiday even though the weather wasn't great for June we really enjoyed it.

Date of stay: June 2018
Would you recommend this hotel to a friend?   Yes.
Was this review helpful? Yes
This review is the subjective opinion of a TripAdvisor member and not of TripAdvisor LLC.
Hi Griff it was a pleasure to accommodate you! i really hope to have you back one day!
This response is the subjective opinion of the management representative and not of TripAdvisor LLC.
Problem with this review? Thank you. We appreciate your input.

The villa is as described, in a quiet location, yet only a couple of minutes' walk to a choice of good supermarkets, a bakery and a wealth of eateries. In June Poros was not too touristy, but still had plenty of facilities and a great climate.

We didn't get off to the best of starts. We agreed to arrive at 3pm as someone was there before us, but even though we arrived as planned we were asked by the cleaner to wait outside whilst she took 25 minutes to finish refreshing the interior. Our only other gripe was a failure of the main bedroom air conditioning from the start, but we phoned Panos and just over 24 hours later the repair men were on site, although sadly the unit couldn't be fixed. Panos did arrive from Athens the day before we left with a new unit, so I guess we were just unlucky.

Apart from the above we were very happy with the property. It is unserviced, but we actually enjoyed the privacy this afforded us. Our only other visitor during our 10 days was the pool guy who popped in around 10pm once a week to clean the pool.

The pool itself was the best feature of the villa for us. It is private, but note that the garden is overlooked by a couple of neighbouring properties. The interior of the villa is in very good condition, with the kitchen being exceptionally equipped for this type of property. The rooms are spacious, but be warned that there is a bit of clutter which you need to work around, although as there were only two of us we had more than enough space to be very comfortable.

There was a decent washing machine which means that there is no need to pack too many sets of clothes (although we have suggested that some instructions in English would be helpful). Our only other suggestion is that perhaps a second door key could be provided, which might be useful if a larger party was occupying the villa. Apart from that there isn't much you could really want for.

There were tears in the eyes when we had to leave this lovely sactuary, but all being well we would love to return to this property next year.

Date of stay: June 2018
Would you recommend this hotel to a friend?   Yes.
Was this review helpful? Yes
This review is the subjective opinion of a TripAdvisor member and not of TripAdvisor LLC.
Problem with this review? Thank you. We appreciate your input.

The town of Poros had plenty of good restaurants, supermarkets and a great butchers/deli plus a great bakery.
Very relaxing atmosphere especially around the harbour area. Good for keeping fit with plenty of walking routes. Local bus provides regular access to other towns too..
The villa was very well equipped clean and we were made to feel very welcome.

Date of stay: September 2017
Would you recommend this hotel to a friend?   Yes.
Was this review helpful? Yes
This review is the subjective opinion of a TripAdvisor member and not of TripAdvisor LLC.
Problem with this review? Thank you. We appreciate your input.

The villa was homely and so central with all the amenities that were needed for a relaxing 10 day holiday. Panos was very helpful before and during our stay and we were also extremely grateful to be met by Panos's sister Chara and shown around even though we arrived just after midnight. Only slight reservations were the small bathroom which was fine for us as we were only 2 but may be a bit more challenging if a family were staying. The wifi was a little hit and miss until Panos came round to reset and the bed linen on the main bed didn't seem to quite fit so we wrangled with it most nights. However non of this would make us not return to this villa as it really is a lovely place to stay.

Date of stay: September 2017
Your age range 35-49
Would you recommend this hotel to a friend?   Yes.
Was this review helpful? Yes
This review is the subjective opinion of a TripAdvisor member and not of TripAdvisor LLC.
Problem with this review? Thank you. We appreciate your input.

We had a wonderful stay in Poros at Panos Villa. The house and garden were perfect and plenty of room for the 3 of us and it easily sleeps 5. The accommodation was brilliantly equipped and the pool and garden are huge! We absolutely loved it. Panos, the owner, made sure we had everything we needed. The town is lovely and great Tavernas and beautiful scenery and beaches.....crystal clear waters to swim in. We especially enjoyed the 'Steki' taverna which serves wonderful Kebabs and excellent service. We took a Day boat trip from the port from a company called 'Argo' which we highly recommend. We would definitely go back one day.

Date of stay: August 2017
Would you recommend this hotel to a friend?   Yes.
Was this review helpful? Yes
This review is the subjective opinion of a TripAdvisor member and not of TripAdvisor LLC.
Problem with this review? Thank you. We appreciate your input.

Holiday in lovely Kefalonia with the family during school break. The owner was responsive and booking through the website was easy. We hired a car and drove to Poros. Location was central however peaceful and quiet place. Clean spacious place well equipped. Private pool and bbq area was a big plus.

Date of stay: August 2016
Would you recommend this hotel to a friend?   Yes.
Was this review helpful? Yes
This review is the subjective opinion of a TripAdvisor member and not of TripAdvisor LLC.
Thanks for your kind words Brad. Hope you are all well. You are welcome back anytime :)
This response is the subjective opinion of the management representative and not of TripAdvisor LLC.
Problem with this review? Thank you. We appreciate your input.
Previous Next
1 2 3 4
Do you own a vacation rental? List it here.

Looking for a place to stay in Poros?
View all 11 vacation rentals