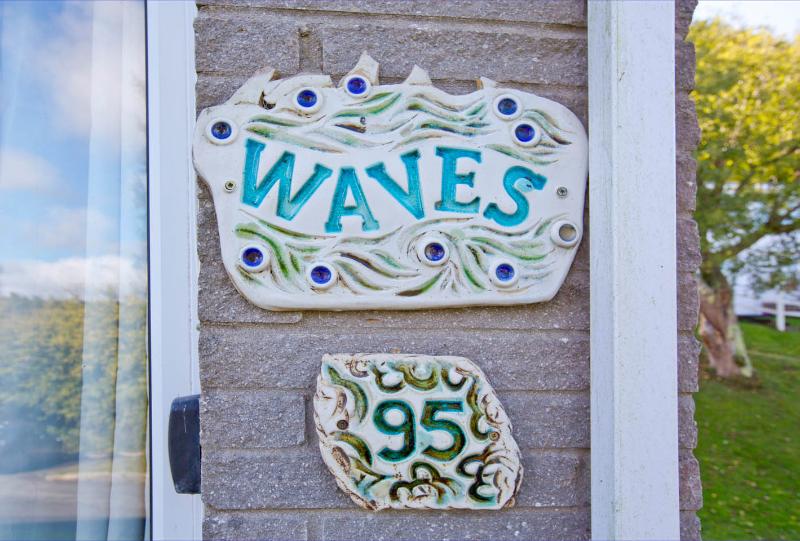 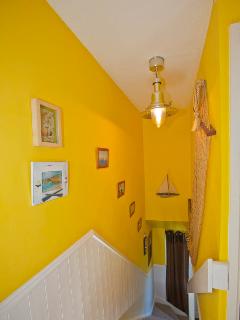 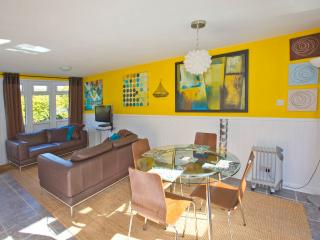 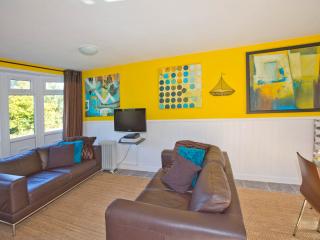 Excellent - based on 32 reviews
Write a Review

The cottage is immaculately presented and is exactly as it appears in the pictures. I stayed with my 6 year old daughter and 76 year old parents - the house met all our needs, being spacious and comfortable and having only a 2 minute walk to the beautiful beach at Freshwater meant I could take my daughter there each morning to play.
Freshwater is a great location for exploring Pembrokeshire as many trips out, such as to Pembroke Castle, Tenby and the stunning Stackpole Estate, are only very short drives. If you are capable walkers you can get straight onto the coastal path from the site and the views are incredible; however the walk from Freshwater to Manorbier is pretty challenging! We would definitely explore Pembrokeshire and use 'Waves' as a base again.

Date of stay: June 2016
Liked best: Cleanliness and decor
Traveling group: Extended Family
Your age range 35-49
Would you recommend this hotel to a friend?   Yes.
Recommended for:
Was this review helpful? Yes
This review is the subjective opinion of a TripAdvisor member and not of TripAdvisor LLC.
Many thanks for your positive review. Glad you enjoyed your holiday and we look forward to hearing from you again for future Pembrokshire holidays.
Kind regards Gareth and Katrina
This response is the subjective opinion of the management representative and not of TripAdvisor LLC.
Problem with this review? Thank you. We appreciate your input.

We have just returned from a week at Waves.We know Freshwater East and Trewent quite well as we have holidayed there in the past when our children were young and were pleased to see that a lot of the chalets had been pleasantly updated.This is certainly the case with Waves ,we loved the seaside theme of the interior design and decoration and could see that a lot of thought had gone into it.The property is well equipped and comfortable and considering the limitations of the chalets it certainly met our needs. The owners also provide a nice welcome bottle of Buck's Fizz for your arrival,a nice touch.
Needless to say that it is only a short walk to Freshwaters beautiful beach and the Coastal Path,Pembroke Dock has supermarkets and you are just a short drive from Tenby and other coastal towns and beaches.
It has been mentioned that there is no mobile signal but with the wifi that can be overcome with internet phone systems if you need to contact anyone so wasn't a problem.
All in all we had a lovely week,the weather was good and we would certainly recommend Waves to anyone thinking of visiting the area.

Date of stay: September 2015
Liked best: The interior finish of the property and the location
Liked least: No dislikes
Traveling group: Spouse/Partner
Would you recommend this hotel to a friend?   Yes.
Recommended for:
Was this review helpful? Yes
This review is the subjective opinion of a TripAdvisor member and not of TripAdvisor LLC.
Problem with this review? Thank you. We appreciate your input.

1 review
“Nice, comfortable house, a stones throw away from some of the best beaches in Britain.”
Reviewed July 22, 2015 for a stay in July 2015

The house was very clean and well equipped . The beds were comfortable and there was adequate storage for a weeks holiday.

I liked the yellow and blue colour scheme downstairs. I chose this house over others available on the parc because of the colour scheme. It is so cheerful and sunny.

Unusually, this house has a bath as well as a shower which is nice.

There is a small patio area outside. Although it separate from next door's patio, it is not very private as there is only a small wall between the two.

The owners had left a note for me and a bottle of Bucksfizz which was a nice gesture.

There is no mobile signal anywhere in the immediate area but the broadband connection was good.

Despite the parc catering for families, it was very quiet......which was nice.

Freshwater beach is a 5 min stroll away and there is a lovely coastal nature reserve next to the beach.

Stackpole Quay and the outstanding Barafundel Bay are 3 miles or so away.

Despite it being in high season, the roads and beaches were not crowded.

We had a day of drizzle so went into Tenby which is charming and only 20 mins away, then on to Narberth. The town has many interesting, independent shops and an excellent Spanish deli and cafe.

I would have no hesitation recommending this property to anyone.
It is homely and in the best part of Pembrokeshire. It is all you could hope for in a British seaside holiday and I do hope to return.

This part of Pembrokeshire is relatively undiscovered gem......lets hope it remains so.

Date of stay: July 2015
Liked best: Location
Liked least: No mobile signal.
Traveling group: Friends
Would you recommend this hotel to a friend?   Yes.
Recommended for:
Was this review helpful? Yes
This review is the subjective opinion of a TripAdvisor member and not of TripAdvisor LLC.
Problem with this review? Thank you. We appreciate your input.

Date of stay: June 2015
Would you recommend this hotel to a friend?   Yes.
Was this review helpful? Yes
This review is the subjective opinion of a TripAdvisor member and not of TripAdvisor LLC.
Problem with this review? Thank you. We appreciate your input.

Date of stay: May 2015
Liked best: marvellous liason between us and owners .
Liked least: perhaps handrail to steps.
Traveling group: Spouse/Partner
Would you recommend this hotel to a friend?   Yes.
Recommended for:
Was this review helpful? Yes
This review is the subjective opinion of a TripAdvisor member and not of TripAdvisor LLC.
Problem with this review? Thank you. We appreciate your input.

The apartment is very clean and bright. Gareth and Katrina were both friendly and helpful.

Five minute walk from a really lovely beach, and a short drive from some stunning ones.

Kids and I were really happy with everything, and would definitely go back.

Date of stay: April 2015
Liked best: Location
Liked least: Nothing really
Would you recommend this hotel to a friend?   Yes.
Recommended for:
Was this review helpful? Yes
This review is the subjective opinion of a TripAdvisor member and not of TripAdvisor LLC.
Problem with this review? Thank you. We appreciate your input.

12 helpful votes
“A cosy holiday home in a wonderful location.”
Reviewed August 11, 2014 for a stay in July 2014
1
person found this review helpful

We stayed at Waves for 7 nights and thoroughly enjoyed the whole experience. Waves is a clean, comfortable, well equipped and exceptionally decorated holiday let in a wonderful location. Within a 5 minute walk you are on Freshwater East beach and the Pembrokeshire coastal path. We did not use the Longhouse Bar but walked the extra 15 minutes up to the Freshwater Inn where we enjoyed several meals and pints of Gwaun valley ale! There are plenty of things to see and do in this area. We took a jetboat seal safari from Tenby harbor, visited St Govans, Bosherston, Barafundle and caught the coastal cruiser to walk sections of the coastal path. We had a wonderful relaxing holiday in a beautiful unspoilt area of Pembrokeshire. Thankyou Gareth and Katrina.

Date of stay: July 2014
Liked best: The location
Traveling group: Teenagers
Your age range 35-49
Would you recommend this hotel to a friend?   Yes.
Recommended for:
Was this review helpful? Yes
This review is the subjective opinion of a TripAdvisor member and not of TripAdvisor LLC.
Problem with this review? Thank you. We appreciate your input.
Previous Next
1 2 3 4 5
Updating list...
Still can't find what you're looking for?

Looking for a place to stay in Freshwater East?
View all 46 vacation rentals