$292
$163
View deal
Free cancellation until 10/06/21
Expedia.com$166
CheapTickets$235
Orbitz.com$235
View all 16 deals
Prices are the average nightly price provided by our partners and may not include all taxes and fees. Taxes and fees that are shown are estimates only. Please see our partners for more details.
wishingstar_79
Singapore, Singapore
3729

Nice view, can oversee the entire lake. There is fireworks at night for around 20mins.
our rooms are abit far from the main lobby. Need to drag luggage around.
breakfast place is big, there is hotsping egg and hokkaido milk. good!!!

See all 544 reviews
Nearby Hotels 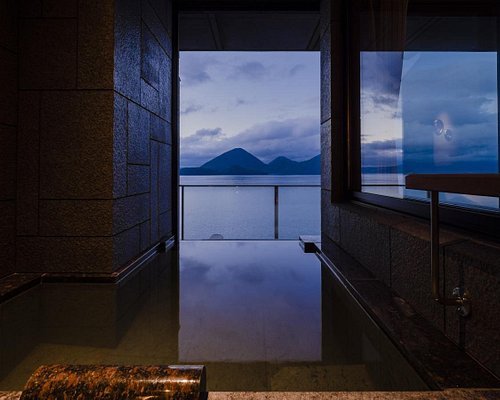 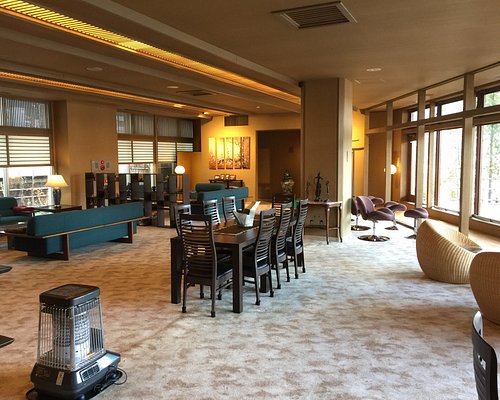 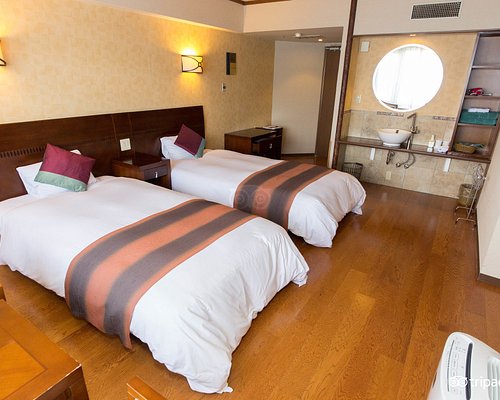 My 14-year-old son and I, as a part of 35 people tour group,visitted Hokkaido during 21-27 July 2012. We stayed one night here on July 25. There were a lot of visitors on the day we stayed, since there was a firework at night on the lake. Anyway,the firework wasn't so impressive as we had expected.
The lobby and the restaurant were large. So we felt disappointed the find a typical small room.
Moreover, the food at dinner and breakfast seemed to be similar. Half of the members in our tour group complained about the food.
I had some problem about loading data via WIFI internet. But the staff at the front counter didn't seem to understand English, nor showed some attitude to help. I went back to the reception a few hour later in hope that I would find someone who could help. But all in vain.

This review is the subjective opinion of a Tripadvisor member and not of TripAdvisor LLC.
simplytravelandeat
Singapore, Singapore
18323133
Reviewed May 24, 2012 via mobile
Average at best

Stayed here tonight and first impression is that the hotel lobby is huge. Everything seems to be XL except for the room, find it rather small.

The dining hall is big and huge variety of food... Consist of Asian, jap and western cuisine. But only average quality.

Corridors are dirty but good views in the room overlooking lake toya. Fireworks at night at 9pm.

The onsen here is good though, huge! There is an outdoor onsen too. Lots of play stuff for kids, big wave pools, slides and game rooms. Pretty quiet after 10pm though. Not much activities after that.

This review is the subjective opinion of a Tripadvisor member and not of TripAdvisor LLC.
mostlyharmless
Singapore, Singapore
488358
Reviewed December 22, 2010
Beware the tour bus loads...

Toya Sunpalace hotel is located just off Lake Toya, directly overlooking the lake. The hotel is situated a little way out of Soubetsu town centre, about 10 minutes walk. It's a relatively large tower block hotel, offering both Japanese and Western style rooms. The central lobby is large and echoy, with a gift / souvenir shop, a cafe / coffee area. The lounge and dining areas have spectacular views over the lake, with floor to ceiling glass panes offering a panoramic view. Check-in staff were courteous but not overly friendly. Use of English was very limited, although there were some floor staff who spoke Mandarin (Chinese). Having said which, all of our requests were dealt with efficiently and flawlessly.
Our room was a Japanese style room on the 13 floor. The one redeeming feature of the room was a great view over the lake, with two armchairs and a small table by the window. There was a kettle jug and Japanese tea making facilities, and a small bar fridge. Wardrobe space was somewhat limited. Mattresses were laid out in the evening by the hotel staff, who would move the furniture aside to create a sleeping space. Walls were distressingly thin - you would enjoy the ambience of both your neighbours, and those above as well. The bathroom was sparse, but functional and clean.
The dining room (where the buffet style breakfast and dinners were served) were on the ground floor. Furnishings were old but serviceable. Food was a mixture of Asian, Japanese and Western. Quality was mediocre, at best, and long queues would form as the hotel appeared to be a major transiting point for large tour groups. The variety of food was the same for the two nights that we stayed, so I suspect you would rapidly grow tired of the food on offer. Other facilities included Japanese style onsen, accessed though the basement and a long walk through the water play area. The onsen was very large, with panoramic views over the lake as well, and generally quite enjoyable. There was also a very large indoor, heated, water play area for children, with slides and other water features. Swimsuits were available for rent. There was also areas with video games and other electronic fun areas for children.
The overall ambience of the hotel was of a mass-market hotel, somewhat stuck in the 70's timewarp. Some areas of the hotel looked distinctly shabby, and a few of the corridors smelt strongly of cigarette smoke. Furnishings were old and a little worn, but appeared clean. Facilities were pretty good, but catered more to families with children. Access to the town and other sightseeing was reasonable, but be prepared to walk into town for meals, if you don't have full board at this hotel.