Expedia.com
Hotels.com
Orbitz.com
View all 12 deals
Prices are the average nightly price provided by our partners and may not include all taxes and fees. Taxes and fees that are shown are estimates only. Please see our partners for more details.
jas_yeo
Singapore, Singapore
6482

Stayed at Toyoko Inn Ikebukuro 2 for the 3rd time and it is still as good! I still cant find any problem with it. Good budget hotel i'll say. However, this time round, there dont seems to have any Chinese working staff anymore but the staff speaks minimal english, enough to understand. As I was already a member and had been accumulating points, I manage to redeem One night free. 1N for 1 point and 10 points to redeem 1N free. Still my trusted budget hotel chain!

Oh there's a Lawson nearby now! I remember it wasnt around when I was there 2yrs back. So makes food choice really convenient. There's Lawson, Family Mart, 7-11 and a lot of restaurants nearby.More 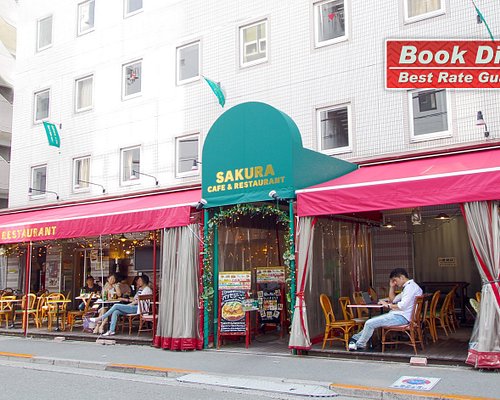 My family of two adults and a child stayed in this hotel for three nights in March 2012.We had booked the hotel on-line and it was chosen mainly for its close proximity to the train station and a halal restaurant, both of which are less than a ten-minute walk away. Days earlier, on our arrival at Haneda airport en route to Osaka, we stayed at Toyoko Inn Haneda, a much smaller hotel compared to this one. This hotel has a bigger, more impressive looking lobby and a seating area which is also used as a breakfast dining area. We booked a double economy room on eco plan (no housekeeping services provided) using a discount card that could be purchased at any of the Toyoko Inn hotels. The room itself is the typical Japanese hotel type - small with even much smaller bathroom but with near complete amenities and very clean. Fortunately we were out sightseeing most of the time, so it was sort of bearable for us. We found the bed comfortable and the yukata provided useful as night wear. We did sample the complimentary breakfast which was quite alright although the selection was very limited. The staff had limited ability to communicate in English - communication could have been a problem to us if not for our son in-law who could speak Japanese. Overall, for the price we paid for (knowing how expensive Tokyo could be compared to where we come from), the hotel had been a good choice for us for our stay in Tokyo.

This review is the subjective opinion of a Tripadvisor member and not of TripAdvisor LLC.
fallenclover
Singapore, Singapore
4747
Reviewed July 5, 2012
Not too bad

The hotel is about 5-10mins walk from the Ikebukuro station. The location is pretty convenient such that it's only a few stops away from popular spots like Shinjuku and Shibuya (all along the JR line). I think there's quite a lot of stuffs at Ikebukuro but unfortunately I didn't have time to give the area a good look. There's Family Mart nearby which I thought was really awesome because I can get nice yummy onigiri for supper. The staffs are really friendly and nice. The complimentary breakfast provided in the morning was good! Totally yummy. The room is so goddamn small!! My friend and I had some trouble moving around in the room despite being quite petite. But on the bright side, the room is very clean and the bed is comfortable. We were given discount because we opted for the eco thingy where they will not have to clean our room for the second day (we stayed for only two nights). Overall, it was a very good experience staying here and I will probably stay here again on my next visit.

This review is the subjective opinion of a Tripadvisor member and not of TripAdvisor LLC.
Daniel S
Singapore, Singapore
1427
Reviewed June 9, 2012
Not as good as Ikebukuro Kita-guchi 1

Inn No.2 is just a minute walk from Toyoko Inn Ikebukuro Kita-guchi No.1. I have done a reviewed on No.1. Please read my full review there. The difference between these two are the rooms are generally smaller in Inn No.2 as compared to No.1.

I happened to stay in a single room that is so small that there is hardly any walking room. My business partner was luckier as he got a bigger single room. The room door swings outward to the hallway is because the room is small. Apart from this, Toyoko Inn maintain its standard as a high quality budget hotel. I still enjoyed my stay despite this small set back. My advise is to book in Inn No.1 first and to only go for Inn No.2 unless there is no room available in the earlier.

This review is the subjective opinion of a Tripadvisor member and not of TripAdvisor LLC.
toyotaManchester
Sale, United Kingdom
9089
Reviewed May 31, 2012
Value for money

We stayed in this hotel for 2 nights on arrival in Tokyo. It is about 10 minutes easy walking from Ikebukuro railway station with lots of restaurants and convenience stores nearby. Rooms are small but have everything a business or budget traveller needs - free Wi-fi, in room safe, TV/radio, free (Japanese style only) breakfast. The beds are very firm. We also stayed in Toyoko Inn hotels in Kyoto, Yokohama, and Hiroshima on this trip and found each to be similar except 2 did not have the in room safe.

This review is the subjective opinion of a Tripadvisor member and not of TripAdvisor LLC.
jclimbo
Cheshire
9773
Reviewed May 1, 2012
It's a Convenient Place To Lay Your Head

This 14 storey block has no Dining Room in the accepted sense and there's no Bar. But then, the only meal served is breakfast which is Japanese and perfectly adequate. It's largely a business hotel with a smattering of tourists and more fill it up at the weekends. We had Room 328 which was smallish - and wallish (that being the view!) but although sparse on space it was clean and quite sufficient for a short stay in Tokyo. The advantage of this Toyoko hotel (part of a large Japanese chain) is that it'sa short 5 minute walk to Ikebukuro station which offers a gateway to the Subway and the Main Line trains. You can get around this manic city very easily from here. There's a good choice of restaurants in the three large shopping malls / stores at the station but, as there are very few English menus, I advise you to bone up on your identification of the plastic-plated food window displays to accurately identify the meal of your choice!