$39
$35
Free cancellation until 12/09/21
View deal
Booking.com$39
Priceline$39
Hotels.com$35
Orbitz.com$35
eDreams$39
CheapTickets$35
View all 16 deals
Prices are the average nightly price provided by our partners and may not include all taxes and fees. Taxes and fees that are shown are estimates only. Please see our partners for more details.
Emi-BR
Sao Jose dos Campos
7948

Good for the price, far from main attractions but close to subway

The hotel is a bit far from main Tokyo attractions, but it is close to the subway station. Room was small but clean and bed was comfortable. Nothing really special, but would stay there because of the cost/benefit. There is a airport shuttle bus station very close to the hotel, if you are not carrying heavy luggages you can go there by walking (should take around 10-15 mins).

See all 381 reviews
Nearby Hotels 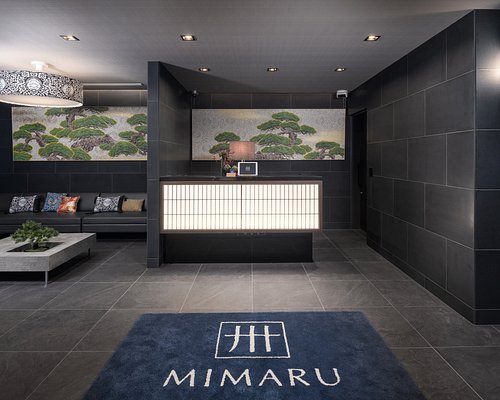 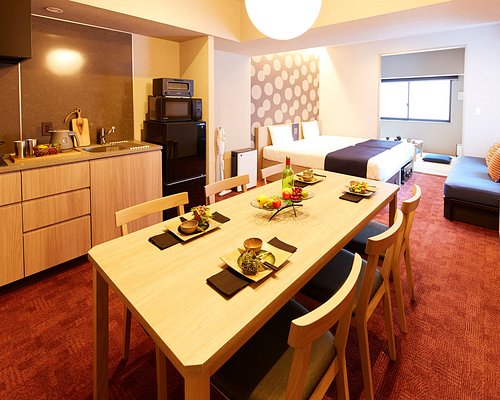 We paid a lot more than what we got out of this place.
1 towel for 2 people, staff who try to sell you things rather than answering simple questions, no wifi, breakfast started after we had to leave for airport. I know a lot of that sounds a bit like whining, but why pay the extra money when you get exactly the same elsewhere for cheaper (or hopefully better for the same price).

This review is the subjective opinion of a Tripadvisor member and not of TripAdvisor LLC.
John R
La Cruz de Huanacaxtle, Mexico
8055
Reviewed February 6, 2012
Good hotel for the price

My first time in Tokyo, so I can't speak from experience about other hotels here. The rooms are small, but very clean and comfortable. The bed had memory foam pad on top and pillows were memory foam, As others mentioned, the toilet is the fancy auto bidet kind. The heated seat was nice as it's cold here right now. I did smell some smoke outside the room, but it wasn't bad compared to some hotels I've stayed at in Asia and Latin America. The hallways here are open to the outdoors, so rather cold right now. Also, the walls are pretty thin and you can here your neighbors pretty easily. The breakfast was decent- runny scrambled eggs, meatballs, breads and pastries, salad and soup. It's around the corner from our office and I don't really see anything better around here, so I guess I would stay again. It is nice to be able to walk to work. Service was very good and most of the front desk people speak some English.

Room tip: There is an annex building, but I don't know whether the rooms are the same. Staying there would require you to walk outside to the front desk or breakfast.
Ask John R about Hotel Villa Fontaine Kayabacho
2  Thank John R

This review is the subjective opinion of a Tripadvisor member and not of TripAdvisor LLC.
yankee_babe
Portland, Oregon
1123
Reviewed March 14, 2011
Nothing overly terrible, nothing overly outstanding.

First trip to Tokyo, so I can't attest to other hotels in the area, but my general attitude towards this hotel is pretty average. Nothing was particularly striking nor off-putting either. Room was very small (common in Tokyo) but clean. A friend and I shared a double room with 1 double bed without any difficulties sleeping but having room to move about with luggage was a bit of a challenge. Mini-fridge in the room. Bathroom very small as well, but included nice toiletries and a toilet with bidet and heated seat that provided some giggles and entertainment. We had a non-smoking room, and while the room itself was ok, cigarette smoke could easily be smelled in the hallway. About a 10 min walk from the TCAT station which is very convienent for transport to/from Narita or Haneda airports. Only a couple blocks from the Kayabacho station on the Tokyo Metro line, which was convenient. We bought a 1 day pass for only the Tokyo Metro lines and were easily able to get to our intended destinations by choosing only those lines. It may not have been the most direct routes but it didn't seem to take a lot of time either. The surrounding area looked to mainly be a business area, so there were limited choices of restaurants and shops, but this was also hard to guage as we were there during and after the Japan earthquake, so many businesses may have not been operating as normal. Staff tried to be helpful despite limited English. Free breakfast included no-frills items such as hard boiled eggs, toast, salad, soup, coffee, tea and juice. To the hotel's credit, they did a good job considering the initial chaos the earthquake caused in Tokyo. My thoughts go out to those in other areas of Japan that suffered much greater damage.

This review is the subjective opinion of a Tripadvisor member and not of TripAdvisor LLC.
kristianhamb
Hamburg, Germany
63
Reviewed August 11, 2010
Highly recommend it to everyone !

Contrary to recent reviews we had read, The Hotel Villa Fontaine Kayabacho is a very comfortable hotel. We had a nice room as we saw on hotel's website, the breakfasts were excellent, the location is very convenient. The staff were very helpful and obliging. I will certainly be booking again and highly recommend it to everyone

This review is the subjective opinion of a Tripadvisor member and not of TripAdvisor LLC.
orochiSWE
Lulea, Sweden
43
Reviewed July 8, 2010
Not great but good

We stayed at kayabacho hotel for 6 nights. What I liked was the included breakfast and the service from the personnel. They had one or two in the staff who could speak English and everyone else had some understanding and could help you easily.
The rooms in the hotel had the most comfortable beds I've ever used. Combine that with really good noise isolation in the rooms and you'll sleep like a rock!

Outside the hotel's main building, just to the right there's one 24h open store and across the street there's another called Family Mart. These two places are great for those late-night snacks and since the hotel rooms had a water boiler you can buy some instant noodles and such if you want to.

Across the nearest bridge there's a metro-access available and a few restaurants that weren't too expensive.

Overall, it's a good hotel at a good location.