Carbis Bay
Search for "{0}"
Post
Trips
Tip: All of your saved places can be found here in My Trips.
Inbox
Log in to get trip updates and message other travelers.
ProfileJoin
Search

“Great stay in a luxurious apartment.”
Rk1RXzEzX2R2cA==
other travelers have booked this property 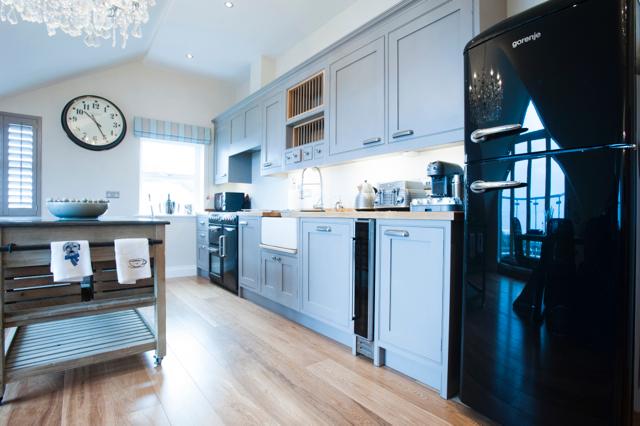 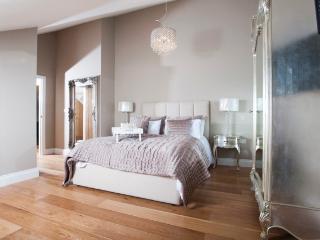 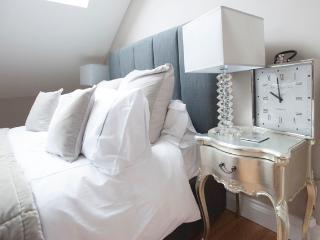 Excellent - based on 43 reviews
Write a Review

2 helpful votes
“Great stay in a luxurious apartment.”
Reviewed January 23, 2015 for a stay in December 2014
1
person found this review helpful

I have stayed all over the world in many places & this is truly one of the best I have stayed in, it is ideally situated & is equipped beautifully. The decor is to die for and Kelly the owner was more than helpful she told me she has lots of people staying here that have just been married, I am really not surprised. Also the added bonus is the free membership to the Harbour Hotel Spa where you can have a swim, sauna and gym for two people free, I was also entitled discount on food and treatments, I have already booked again for next year

Date of stay: December 2014
Liked best: The tempur bed.
Liked least: We had to leave
Traveling group: Spouse/Partner
Would you recommend this hotel to a friend?   Yes.
Recommended for:
Was this review helpful? Yes
This review is the subjective opinion of a TripAdvisor member and not of TripAdvisor LLC.
Problem with this review? Thank you. We appreciate your input.

This apartment was exactly what we wanted. A spacious luxury accommodation perfect for relaxing in style! What's more the scenic sea view was a bonus. A short walk a way to an amazing sandy beach and a bustling town on the sea front, St.Ives, was a stones throw away!
The apartment comes with a great 3d tv perfect for watching films for nights in. Overall we had a fantastic time and won't hesitate to come back. Thank you to Cornish luxury holidays.

Date of stay: October 2014
Would you recommend this hotel to a friend?   Yes.
Was this review helpful? Yes
This review is the subjective opinion of a TripAdvisor member and not of TripAdvisor LLC.
Problem with this review? Thank you. We appreciate your input.

1 review
“Fantastic Apartment that definitely has the WOW factor”
Reviewed September 24, 2014 for a stay in September 2014

After our 5 hour drive it was nice to arrive at this great apartment which is amazing. It is of a very high standard, very clean and well equipped with everything you need for your stay and more. The apartment also has a washer/dryer which is not mentioned on the listing with an airer to dry your clothes if needed. The hamper was a really nice touch which included wine, biscuits, jams and chocolate which were yummy. Small carton of milk was also in fridge which was handy although there is a Costcutter right near the apartment and a large tesco store within a 10 min walk. We walked to St Ives a few times which was a really nice easy walk that took about 30 mins although we did catch the train back from St Ives back to the apartment which was £1 each and took only 5 mins with the train stopping near Carbis Bay which is is only a 5 min walk from the apartment but uphill.

We made use of the pass for the St Ives Harbour Hotel which was included in the price which is a great place which is situated on the main road on the right as you go into St Ives. We used the gym which overlooks the beach and the swimming pool and jacuzzi which was really nice. I would advise on the parking to the hotel though as this was not clear from the parking permit. After speaking to the hotel we were told that you had to park at this other hotel called Primrose Valley which was a bit of a nightmare to get to as we had to follow the guy in his car from the hotel which involved driving down a very steep hill that was only wide enough for one car which as a bit scarey and even worse driving up on the way back. The guy did mention that the parking for the hotel would be changing next year but the parking would definitely put me off going to the hotel if you are planning to drive there. I would advise you speak to the hotel first if you want to park there. Apart from that we had a great time, visited the Minack Theatre, Porthcurno Beach next to it which is a must, St Michaels Mount, Sennen Cove, Truro which is a really town and Penzance which are all within driving distance from the apartment. There was also a small retail park 5/10 min drive away that had Next, Boots and M&S which was handy. Most of all though it was nice to come back to the apartment and relax on the comfy sofa which you could sink into, cook a nice meal, watch a movie from the dvds supplied (even 3D glasses provided) and have a coffee from the nespresso machine which was great!!!(coffee pods supplied) or even better enjoy a glass of wine from the wine chiller!!!!. Would definitely recommend going to this apartment and will definitely be thinking about going another year.

Date of stay: September 2014
Liked best: the apartment
Liked least: the drive to the parking at the spa hotel
Traveling group: Spouse/Partner
Would you recommend this hotel to a friend?   Yes.
Recommended for:
Was this review helpful? Yes
This review is the subjective opinion of a TripAdvisor member and not of TripAdvisor LLC.
Problem with this review? Thank you. We appreciate your input.

We have just returned from staying in the Penthouse Apartment at Four Seasons. Myself, partner and three children had such a lovely week. It was literally the best holiday! We did not want to come home. The apartment was absolutely amazing, everything that you could possibly need was there. So beautifully decorated, very comfortable, every detail has been very well thought. We had a lovely hamper on arrival, the children were over the moon with the large 3D Smart TV in the lounge area and the fact that they had access to WiFi!! The kitchen was fully equipped and there was a lovely large dinning table to sit and enjoy family meals and games all together. The beautiful beach is just a short walk from the apartment and if you fancied a stroll into the main town of St Ives it is only around 25 minute walk.

Date of stay: August 2014
Liked best: Everything about the apartment and location
Traveling group: Large Group
Would you recommend this hotel to a friend?   Yes.
Recommended for:
Was this review helpful? Yes
This review is the subjective opinion of a TripAdvisor member and not of TripAdvisor LLC.
Problem with this review? Thank you. We appreciate your input.

Date of stay: July 2014
Traveling group: Extended Family
Your age range 50-64
Would you recommend this hotel to a friend?   Yes.
Recommended for:
Was this review helpful? Yes
This review is the subjective opinion of a TripAdvisor member and not of TripAdvisor LLC.
Problem with this review? Thank you. We appreciate your input.

What a beautiful apartment! Despite being in the scenic Carbis Bay- you could easily spend a whole break just in the apartment, soaking up all it's luxury! The apartment is finished to 5* standard! all the furnishings are well chosen and really make it just perfect!! The beds are super squishy which make you feel like you're being swallowed by it!!
Gorgeous retreat for a couple or as friends as we did!!

Date of stay: April 2014
Traveling group: Friends
Would you recommend this hotel to a friend?   Yes.
Was this review helpful? Yes
This review is the subjective opinion of a TripAdvisor member and not of TripAdvisor LLC.
Problem with this review? Thank you. We appreciate your input.

After a 4 hour drive we arrived at the apartment and it was so good to walk into the kitchen to see a gorgeous hamper and milk in the fridge for a cup of tea :-). Thank you.

We all had a great weekend (despite the wet weather!) and the apartment is fabulous, with lovely views of the sea. After a day out sightseeing, we really looked forward to coming home to the apartment and cooking a lovely meal together, which was helped by having a well equipped kitchen.

Date of stay: April 2014
Liked best: All of it!
Liked least: The weather!
Traveling group: Friends
Your age range 50-64
Would you recommend this hotel to a friend?   Yes.
Recommended for:
Was this review helpful? Yes
This review is the subjective opinion of a TripAdvisor member and not of TripAdvisor LLC.
Problem with this review? Thank you. We appreciate your input.
Previous Next
1 … 4 5 6 7
Do you own a vacation rental? List it here.

Looking for a place to stay in Carbis Bay?
View all 95 vacation rentals