“Fantastic”
SG44XzFfdnRu
other traveler has booked this property 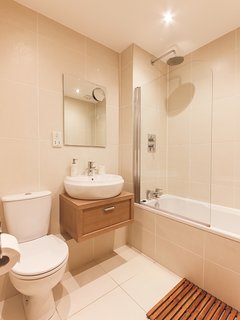 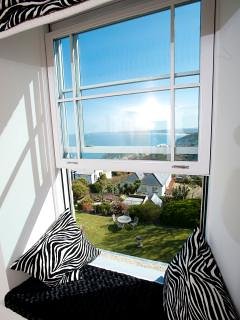 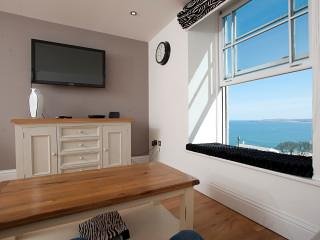 Excellent - based on 37 reviews
Write a Review

We had a lovely break over New Year at 7 Fernhill apartments. It only a shortage walk to the beach at Carbis bay. The view's are great and the apartment was very warm and inviting. We highly recommend it.

Date of stay: December 2014
Traveling group: Spouse/Partner
Would you recommend this hotel to a friend?   Yes.
Recommended for:
Was this review helpful? Yes
This review is the subjective opinion of a TripAdvisor member and not of TripAdvisor LLC.
Problem with this review? Thank you. We appreciate your input.

4 helpful votes
“Excellent Holiday retreat in a wonderful location”
Reviewed November 11, 2014 for a stay in October 2014

This apartment was a base for me for a week's break, photographing the wonderful Cornish coastline, and what a fabulous base. The apartment is extremely comfortable and well equipped, comparable with the top hotels. Everything is on hand, from supermarkets, to the private path down to beach. To top it all, it also has a fabulous view across the bay. Thoroughly recommended.

Date of stay: October 2014
Liked best: Excellent location
Liked least: leaving!
Traveling group: Solo Traveler
Would you recommend this hotel to a friend?   Yes.
Was this review helpful? Yes
This review is the subjective opinion of a TripAdvisor member and not of TripAdvisor LLC.
Problem with this review? Thank you. We appreciate your input.

My wife and I stayed in no7 from 27 September for 1 week.As my wife said when she opened the door "WOW". A beautiful apartment,very well equipped with a fantastic view over carbis bay.An easy 30 or 40 minute walk via the main road or coastal path to st ives or use the train or bus. Close to a couple of supermarkets,pub, and a good fish and chip shop.The location is very quiet considering it is just off the main road,and it has got its own parking space. This is a bonus when staying in or near St Ives. Very enjoyable weeks holiday.Can not fault the apartment. JUNEIL

Date of stay: September 2014
Liked best: All of it
Liked least: nothing
Traveling group: Spouse/Partner
Would you recommend this hotel to a friend?   Yes.
Recommended for:
Was this review helpful? Yes
This review is the subjective opinion of a TripAdvisor member and not of TripAdvisor LLC.
Problem with this review? Thank you. We appreciate your input.

We thoroughly enjoyed a short break in this lovely apartment. Really nicely finished and lovely decor, and everything you'd need to make your stay comfortable. The view is really outstanding, and the location is excellent. Only a short walk down to the beach, and St Ives is a short hop on the train if you don't want to drive. We actually felt that for St Ives it's a better location, as it's quiet and secluded, but really easy to get there when it suits you. Would definitely stay again, but next time we'll stay longer!

Date of stay: March 2014
Liked best: View!
Liked least: Early check out on departure
Traveling group: Spouse/Partner
Would you recommend this hotel to a friend?   Yes.
Recommended for:
Was this review helpful? Yes
This review is the subjective opinion of a TripAdvisor member and not of TripAdvisor LLC.
Problem with this review? Thank you. We appreciate your input.

Clean,nodern and spacious apartment with a lovely view over the bay. Own parking space which is very helpful. To be honest It's very hard to find any faults in the apartment or Carbis Bay/St Ives.
Worth taking a short 10 min drive to Sennan Cove. Frequent buses and 1 train per hr in to St Ives. Bus is about 10 mins and train about 5 mins.All for only a couple of pounds. If you don't fancy St Ives and fancy either pub grub or a meal in there is nice pub about 5 mins walk away next to a large Tesco's. The apartment has all that you would want for a lovely time. The added extras include slippers, robe and toiletries which add a lovely touch.
The beaches are very clean and sandy.Lots of other beeches within walking or driving distance.Will definitely be going back and honestly feel that this apartment couldbe our holiday for some years to come.

Date of stay: August 2013
Liked best: The location to the beeches and all amenities
Liked least: Nothing
Traveling group: Spouse/Partner
Your age range 50-64
Would you recommend this hotel to a friend?   Yes.
Recommended for:
Was this review helpful? Yes
This review is the subjective opinion of a TripAdvisor member and not of TripAdvisor LLC.
Problem with this review? Thank you. We appreciate your input.

This is a nice one bed apartment situated in Carbis Bay. It is well-furnished and there are great views of the sea and coast. It's a quiet-ish area (one or two pubs and restaurants nearby), but a 20 minute walk into St Ives proper, or a few minutes on the train, which stops just a few minutes down the road from the apartment. There is wi-fi and a large tesco about 10 minutes walk up the road, which is handy for supplies. Carbis Bay beach is also 5-10mins walk down a relatively steep incline.

We had one major gripe, which I'm not sure the owners or agents can do much about. We were pleased to see that the apartment would accept pets; we have a small Tibetan Terrier. However, Carbis Bay beach would only allow dogs between 5am-8am. It was galling to see the beach practically empty on several days when the weather wasn't so good, but we were unable to take the dog there for a walk (and the apartment had a strict rule about not leaving the dog alone in the apartment). We soon realised that this was a new council regulation that applied across all St Ives beaches. The only beaches where dogs were allowed were quite inaccessible. Frankly this put a major dampener on our holiday overall and we doubt we'd go back to St Ives while these regulations are in place.

But if you are without a pet, you'll find Fernhill to be a good base. A few niggly things for management to consider: the bed was quite small, it seemed to be less than a double; we were looking forward to a glass of wine or cup of coffee after the long drive from London, but there was no wine or fresh milk on arrival (not a big deal, but the ad suggests this would be waiting and it would have saved us going to the shops immediately after arriving);it also took a while to get the thermostat working (and we had to endure a pretty stuffy apt for the first few days).

But these are minor issues. The apartment was generally fine, but we would be unlikely to come back while St Ives maintains its ridiculous policy towards dogs on beaches.

Date of stay: June 2013
Liked best: Modern Apartment. Pretty much got what we expected.
Liked least: Ridiculous dog policy on Carbis Bay Beach
Traveling group: Spouse/Partner
Your age range 25-34
Would you recommend this hotel to a friend?   Yes.
Was this review helpful? Yes
This review is the subjective opinion of a TripAdvisor member and not of TripAdvisor LLC.
Problem with this review? Thank you. We appreciate your input.

Howden
Reviewed June 12, 2013 for a stay in June 2013
Date of stay: June 2013
Liked best: Overall Quality of accommodation
Liked least: Having to leave
Traveling group: Spouse/Partner
Your age range 35-49
Would you recommend this hotel to a friend?   Yes.
Recommended for:
Was this review helpful? Yes
This review is the subjective opinion of an individual traveler and not of TripAdvisor LLC nor of its partners.
Problem with this review? Thank you. We appreciate your input.
Previous Next
1 2 3 4 5 6
Updating list...
Do you own a vacation rental? List it here.

Looking for a place to stay in Carbis Bay?
View all 86 vacation rentals