Daya Resort
Daya Resort
Lock in the lowest price from these sites
Prices are the average nightly price provided by our partners and may not include all taxes and fees. Taxes and fees that are shown are estimates only. Please see our partners for more details.
English_travel
2118

Stayed 5 days mid-end Nov and would recommend to travellers looking for cheap basic room. 300 bhat per room per night. Fan. Cold shower. Comfortable enough bed with mosi net. At the end of pattaya beach so quiet for sunbathing in the day as long as you don't mind a short walk to the main street. No WiFi.

See all 47 reviews
Nearby Hotels 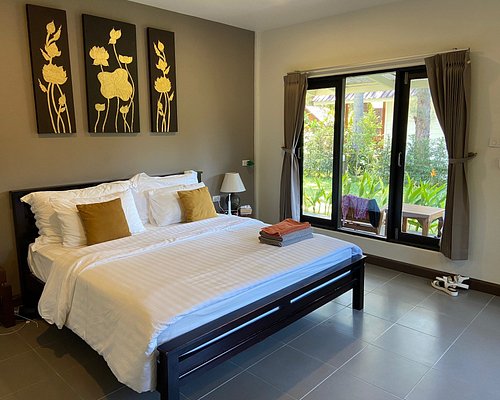 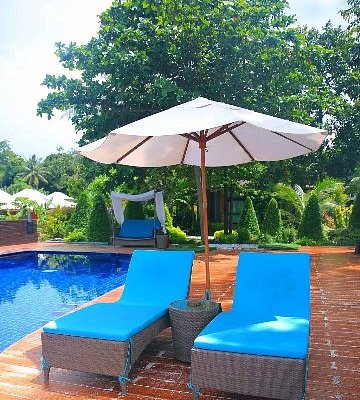 we stayed at Daya Resort for 3 nights in early November. We where lucky to get one of the beach front bungalows, where you can sit in the shadow on the veranda under the trees. The Daya is located on the end of Pattaya Beach, where it is not so noisy as futher up. Unfortunately, the rooms need a decent cleaning. The bed are rather sub standard, our one even broke down in the middle of the night, but we fixxed it our selve the next day. The Beach BBQ with freshly catched fish was nice and reasonable priced. We enjoyed the snorkeling trip for 650 Baht pp.

This review is the subjective opinion of a Tripadvisor member and not of TripAdvisor LLC.
crish h
uk
217
Reviewed May 22, 2012
Stay away from Daya...stinky and rotten bungalows

We arrived in this beautifull Island,but we was really unlucky to find our accomodation...
the big mistake was no booking in advance,all nice hotels were fully booked,so we walk down the beach and find an accomodation on Daya resort....
We pay 1200 bath for a beach front bungalow:outside looked ok...but insede was terrible.
The bungalows was stinky and rotten,all inside was old,dirty...the bed was broken and matress you can feel springs.The bathroom was not usable cause too stinky..on the back of the bungalow have all black water coming from the near hut..even on the beach you can not stay because the wind blows this nice smell all around.
We stay one night and we left in the early morning this nightmare place,my girl didnt sleep for all the night cause scarry from bugs walking out from the toilet into the room.
A place like this is not acceptable even for 100 bath.
Stay away from this place!!!

This review is the subjective opinion of a Tripadvisor member and not of TripAdvisor LLC.
DaniSaff
London, United Kingdom
1816
Reviewed April 18, 2012
Great location, great price

I'm giving the accommodation a 4 star based on what you get for the price which is a little over £10 a night for 2, a steal. It seems that Koh Lipe is a relatively expensive Thai island and that it's difficult to get rooms for 500 baht a night which is what I paid here (the closest, nice bungalows were just behind Pattaya beach, Billa Beach, for 700 baht. If I returned I'd probably book there, but the average seems to be 1000 baht min).

The brick bungalows are basic, with a shower-loo situation rather than a flush, which meant a few flies and ants, but this all added to the authentic/rustic charm. We had one about 20 metres from the glorious Pattaya beach and overlooking a pretty garden. You're given fresh towels as often as you need them, though seeing these reviews I'm disappointed I wasn't offered free coffee in the morning! I did also have to ask for my room to be cleaned - once done it was fine but I'm not sure they would have done it all during my 5 night stay had I not asked at all.

The bungalows are located at the end of the beach where it starts to get quieter, which is nice if you want a retreat from the hustle and bustle. It's not a long walk to Walking Street and the restaurants/bars on the beach itself, where all the action happens. Because Pattaya beach is the busiest (though in my view the prettiest, if you don't want rocks), it's nice to have a quiet corner of it yet remaining close to all that you need, and liveliness as and when you desire it.

My main complaint was that it wasn't the friendliest of places to stay, and sometimes even had a bit of a strange atmosphere. I didn't eat in the restaurant in the evening for example, as I didn't really like the vibe.

Other than that though I really recommend this as a budget option for travellers and holidaymakers alike. No luxury, obviously, but great price in a great spot.

NB I almost forgot....waking up to the cockerel at about 6.15am I actually found rather lovely (and would rather do than sleep on hol) but bewarned of the gacking (for want of a better word) man/men at the same time. Lasts just as long but a trillion times less pleasant. The horrible spitting from back of your throat/lungs that only men seem to be able to do thing. I wish I'd mentioned it to them. GROSS.

This review is the subjective opinion of a Tripadvisor member and not of TripAdvisor LLC.
nickyaskey
UK/IBZ
10889
Reviewed March 30, 2012
Good Value Accommodation On The Beach

We wandered around Sunrise beach for an hour trying to look for a cheap, nice place to stay, but the cheapest we could find was 1000baht a night. So we decided to look at Pattaya Beach we tried nearly every Guest House, Hotel etc.. but still the prices were higher than we wanted to Pay. After getting to the end of the Beach we saw Daya Resort as it was the last place we thought well we might as well just ask we thought as it is on the beach they wont have any cheap accommodation but to our surprise they had brick bungalows for 500Baht a night. The Resort is right on the beach, the Bungalows are decent sized and clean the bathroom could do with sprucing up a bit and it did have a stench in it apart from that it was fine. They have nice terraces with chairs so you can relax outside. They have a choice of the Brick bungalows and Wooden Huts which were higher priced but still very reasonable. They give you free Tea or Coffee every Morning this was great.

It is about 20mins walk to the Main Street, Walking Street but its a lovely walk along the nice sandy beach past all the lit up bars they all close around 12pm so it is very quiet and Peaceful here. Would recommend to stay here.

This review is the subjective opinion of a Tripadvisor member and not of TripAdvisor LLC.
PurpleVienna
Sankt Polten, Austria
8238
Reviewed March 20, 2012
good days are over but Daya is still a possibility

This part of the beach is much more quiet than the rest of Pattaya Beach. There are no more cheap Beach Huts at Koh Lipe directly at the beach.
Daya Resort is one of the oldest here at Lipe and also has build up concrete wooden Bungalows instead of the cosy Bamboo ones who have been here years before.
For travelling on a budget Daya can be your choice. Beach Front Bungalow is 1000 Baht (1500 in very High Season), behind is about 500 Baht and you can bargain when you stay longer.

The Bungalows are not very clean and the personal is like Thais are - a little bit unfriendly, it takes time to get a smile sometimes. But in front of Daya is the desk of a girl called Nee where you can book Snorkeling Tours. She is very nice and friendly and she will help you if you need something!

Also eating at Daya is what you can do there but be aware its just the BBQ fish why people came here!

This review is the subjective opinion of a Tripadvisor member and not of TripAdvisor LLC.
View more reviews
PreviousNext
1…345…
<script type='text/javascript' crossorigin='anonymous' async onerror='__scriptLoadError(this,true);' src='https://st