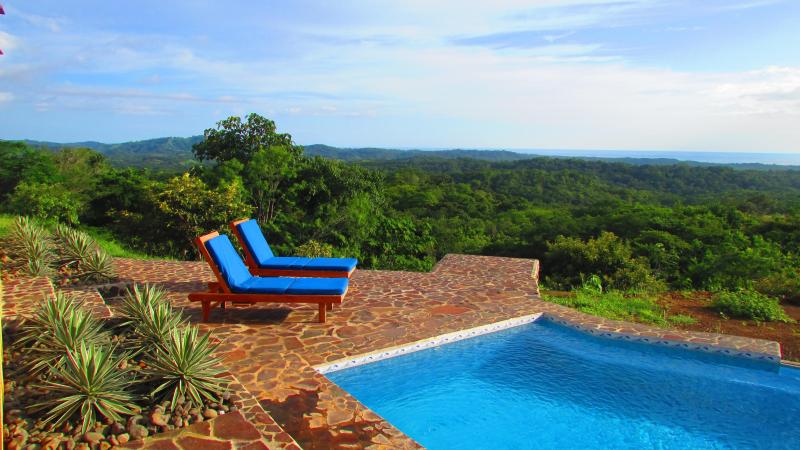 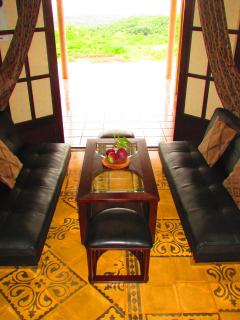 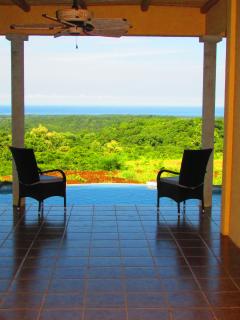 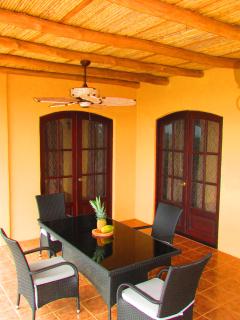 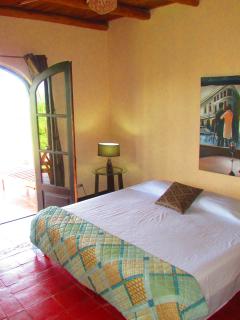 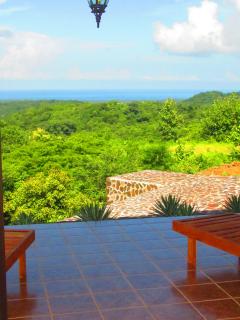 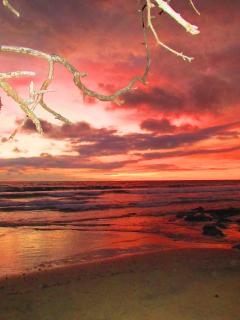 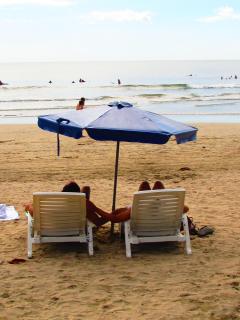 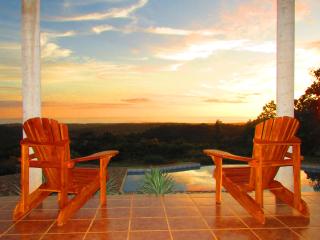 Excellent - based on 4 reviews
Write a Review

We spent a fantastic week at this retreat and would be more than happy to return. The house was exactly as advertised-no unpleasant surprises . A genuinely quiet location. The house and pool were well maintained and very clean. They have daily maid service, and great hosts who even arranged tours around the area and airport transportation. Added bonuses were the fridge with built in ice maker and delicious water (no need for bottled), as well as a cell phone to use during our stay. Before arrival, we sent our hosts a grocery list and all items were stocked and ready for us to use when we got there. If you prefer something a bit off the beaten path- but with all the conveniences- this is a great choice.

Date of stay: November 2015
Traveling group: Spouse/Partner
Would you recommend this hotel to a friend?   Yes.
Was this review helpful? Yes
This review is the subjective opinion of a TripAdvisor member and not of TripAdvisor LLC.
We were very happy to host you and happy that you enjoyed it. We look forward to having you back in the near future. All the best. Fabrice and Miho.
This response is the subjective opinion of the management representative and not of TripAdvisor LLC.
Problem with this review? Thank you. We appreciate your input.

7 helpful votes
“Perfect for our needs: relaxation!”
Reviewed January 17, 2015 for a stay in December 2014
2
people found this review helpful

My wife and I stayed at Villa de Shira for 8 nights over the 2015 New Year. We chose it primarily for the privacy it afforded, and we were not disappointed. Our rating for this rental is based primarily on two factors:
1. The privacy was everything we desired.
2. The extreme hospitality of Fabrice and Miho, who made us feel welcome, even as we arrived earlier than expected (we allotted time to get lost, but managed no to do so).
There are a few items we would really hope to have rectified to make this a true 5-star rental, which I'll address below. First, I'd like to mention the positive aspects:
Hospitality: even though we arrived early, Fabrice and Miho immediately welcomed us into the Villa. We had requested to have meals prepared by Miho our first two nights on premises, however, due to some confusion during the transition of property managers, the request for the first night was dropped. Miho assured us it would not be a problem for her to support the request despite the late notice. During our stay, we sampled various loaves of bread, and had both a pizza and a sushi dinner; we thoroughly enjoyed them all.
Privacy: we were able to relax by the pool without worry even though it is right next to the dirt road leading down to lower properties. Fortunately, the road sits well below the level of the pool and terrace, so your privacy is maintained.
Ambience: for the most part, the Villa is exactly as seen on the web sites (TripAdvisor and FlipKey). Other than some breezy (even downright windy) evenings, we were able to enjoy the terrace and the quiet environment. We really enjoyed hearing howler monkeys during dawn and dusk, as well as observing them in a group of tress just down the hill. We also enjoyed the various wildlife (birds, geckos, dragonflys and frog) that hung out with us, as well as the owners' dogs, Shira and Goal, who came by in the mornings to visit.
Location: the Villa is really well suited for quick trips to Santa Cruz, Tamarindo or beaches down the Pacific coast of the peninsula. Fabrice and Miho were able to direct us to direct to some nice backroads, as well as local establishments. In particular, the restaurant at Villa Deevena, just ouside Paraiso, is spectacular! We took his recommendation of the back road just short of the bridge to Florida to get to the beaches down the coast, where we discovered the Beach Dog Cafe-- a local establishment well worth the trip.
Kitchen/Cooking: there was a full kitchen with sufficient pots and pans, and utensils, as well as a propane barbecque on the terrace.
Pool: FANTASTIC! And don't worry that it's not heated-- at this latitude, it doesn't need to be!
Ease of Booking: we booked through TripAdvisor (part of the reason we chose this rental was the ability to do so). Everything proceeded smoothly, including the timely refund of the deposit.
There wer a few negatives worth noting:
Maintenance: the floors weren't exactly clean, and some upkeep is needed (peeling paint, which was unexpected in a house this new).
Comfort: the beds were not comfortable (after the first night, we switched to the guest bedroom, where the bed still wasn't great). Also, for more than two people, there's just not a real lounging area indoors. Fortunately, it was just the two of us.
Screens and Weatherstripping: Unfortunately, you couldn't leave the doors or windows open without bugs flying in (no real mosquito problem, but biting flys were present). Also, after having to kill a scorpion in the master (walk-in) closet on the first full day, I mentioned it to Fabrice, who seemed surprised. Within the next 36 hours, I had killed 5 more at various locations in the house. After that it slowed down, and we only had two more for the rest of the stay. I think weatherstripping would go a long way towards addressing this. It's worth noting that my wife and I are both well-versed with scorpions, as our primary residence is on 8.5 acres in rural northern California (in fact, our youngest granddaughter had just recently been stung by one in our son's house next door). So, it's not like we're squeamish about it, we just don't care to share lodgings with them.
All told, we would definitely stay here again, and may do so just to see what the wet season is like. Would we recommend it to friends or family? That depends on the friends or family. Some of them would be better off at an upscale resort above Tamarindo. However, for those seeking something off the beaten path, we would heartily recommend it for the privacy, setting, and hospitality of the owners.

Date of stay: December 2014
Traveling group: Spouse/Partner
Would you recommend this hotel to a friend?   Yes.
Was this review helpful? Yes
This review is the subjective opinion of a TripAdvisor member and not of TripAdvisor LLC.
Rich, it was a pleasure having you both at Villa de Shira. Thank you for your feedback. We will take care of the issues you mentioned right away. And we are very happy that you had a good stay and appreciated Fabrice and Miho's hospitality, as well as the uniqueness of this area. We look forward to having you stay in one of our properties again in the near future. Wishing you the best for 2015... Alex and the team.
This response is the subjective opinion of the management representative and not of TripAdvisor LLC.
Problem with this review? Thank you. We appreciate your input.

Looking for a place to stay in Playa Junquillal?
View all 41 vacation rentals