Another wonderful stay - The Sands at Grace Bay

The Sands at Grace Bay

Review of The Sands at Grace Bay
Reviewed February 12, 2015

For the 5th year in a row we stayed at the Sands for week.
As usual, our stay was excellent. We enjoyed Hemingway’s ,and most of all the beach and surrounding restaurants. Having no resorts on either side of the resort is such a plus.
( Just see Beaches and its location for confirmation.)
What is seldom mentioned is that the Sands is a quiet resort. Though the T&C is renowned for its early nights, it is a plus where you can sit out on your screened in porch and enjoy without disruption.

I can’t say enough about the staff. From the men who greet you upon arrival, to the front desk people and especially Shopia in reservations, everybody was wonderful.

We will be back for our 6th year.More 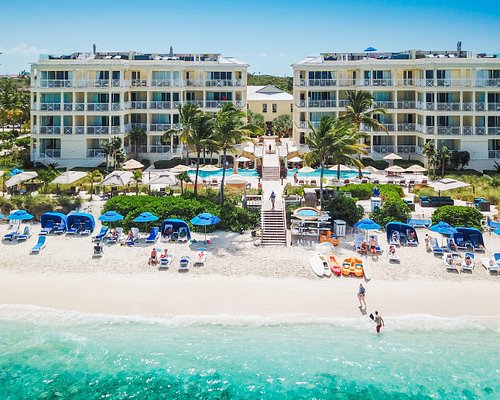 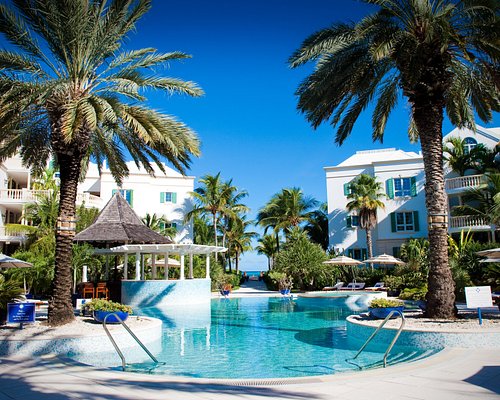 Although the weather has been hit and miss most of our stay it was still a memorable vacation. The facilities are clean and well kept and it is not a huge mega resort so you can feel very comfortable. The beach is gorgeous and well maintained. The staff has been friendly and helpful. We are a mature couple but there are many families with children here also.

Room tip: We had a ocean view studio room in building 3. This is the only building with an elevator so it can be a little more convenient when arriving and departing. This side of the building has a great view of the ocean and is very quiet
Ask FJA2014 about The Sands at Grace Bay
3  Thank FJA2014

This review is the subjective opinion of a TripAdvisor member and not of TripAdvisor LLC.
chammerkin
Boston
4823
Reviewed February 10, 2015
Good location and good value for Grace Bay

We spent a week at the Sands. I selected it because of its central location and value. It had all the things that I wanted without having to pay for things that I know I would never use/need. We stayed in a garden view 1-bedroom on the second floor of building 5 which was perfectly fine. For the most part we were only in the room at night so I didn't care about the ocean view. The owners left a nice note in the cabinet. The cleaning service was excellent and I thought the place was nicely furnished and serviceable for location and usage. The cookware was a little worn but fully functional. The bed was a little soft for me but I think it is a fairly standard bed type. We made use of the hot spa, heated pool (which is primarily the domain of children) on a cold day, snorkeling equipment, lots of beach towels, and the restaurant. As other people have noted, people start placing their stuff on the beach huts, chairs, and umbrellas at 6 AM or earlier but who knows when they will use them. I went down to the beach to read between 7 and 8 AM, and except for one other woman, I was the only one there even though all the chairs, etc. were "taken". Personally, I found the whole reserving thing completely ridiculous - particularly since they reserve the huts and then drag the chairs out into the sun so they are not even using them. It is a bit like traveling with a bunch of teenagers. Anyway, we didn't spend too much time on the beach at the Sands - the water is beautiful but there isn't much in it (we did see Jo Jo from the beach once though). Regarding location: The supermarket is a 10-15 min walk. About a 30 min walk up the beach at the Coral Gables, there is an easy off the beach reef for snorkeling - we got to swim with a sea turtle. Further up the beach (bicycle recommended) is Smith Reef and there is more snorkeling up there but you have to be cautious since there are no boat lanes - although we didn't see many boats. I wasn't fond of the food at Hemingway's so we went to other places in the area - Bay Bistro and Mango Reef mostly. We walked into the shopping area - Shay's has a nice breakfast/lunch and Danny Bouy's is open late if you want to do something past 8 pm that doesn't involve taking a taxi. The Thursday Night Fish Fry at the Bight Park is worth the walk. It's a fun street style food carnival. We rented a car one day and went to Long Bay Beach, which was completely worth it, and checked out some other parts of the island. All the staff at the Sands were really nice and many of the people I talked to were repeat visitors. Some people had their dogs so if you have allergies ask for a dog free apartment if you can. And for the hot spa - it is a spa not a hot tub. It doesn't bubble and froth. But is very warm and relaxing. It could use a few more jets though.

Room tip: I liked being on the second floor since there was a bit more privacy. Note: there are no elevators. Building 5 was good and I think rooms --01 and --05 are end unit rooms which will have better windows. I didn't see the need for ocean view or ocean front - it was a minute walk to the beach with all the view you needed.
Ask chammerkin about The Sands at Grace Bay
2  Thank chammerkin

This review is the subjective opinion of a TripAdvisor member and not of TripAdvisor LLC.
Linda N
Wayne, NJ
129
Reviewed February 9, 2015
Sunny Escape from the Cold and Snow

First off this was our 2nd stay, (3rd stay for the couple we traveled with) at the Sands. Not much has changed since 2013. We had a wonderful time. As always, we enjoy the relaxed, unpretentious vibe, preferring this to the luxury, high rise resorts on Grace Bay. The beach is phenomenal as the Sands is not sandwiched in between 2 resorts. We stayed in a ground floor Garden view 2 bedroom unit. We prefer the ground floor for convenience to the pool, beach and the outdoors and we still had a view to the beach. The staff, especially the beach staff and new concierge person Michele, were great. Miss Shirley who heads the housekeeping staff really keeps it all together. She makes you feel like you are coming home for a visit. The only negative I can report is that management needs to revamp the on site store. I am not sure if they are trying to make it a convenience store or a souvenier shop. Also, they have to decide on a policy regarding the Tiki huts. The huts were "saved" by 6A or 7A each day. Most of the time no one showed up till late in the morning. It would be nice of all guests got the chance to enjoy them. All in all we had a great stay and will be back next year.

This review is the subjective opinion of a TripAdvisor member and not of TripAdvisor LLC.
SteveO809
Upper Montclair, New Jersey
74
Reviewed February 9, 2015
There's a reason we go back and back and back..

My wife and I have been 3 out of the last 4 winters..(nothing like watching
The super bowl in Hemingways), and we go with another couple.
From the moment you hit the lobby, and start sipping the rum punch, you
Remember why you worked all year just to come back. We arrived to see
Our friend Barbara behind the front desk, who took care of all our needs at check-in. We felt like island royalty when Miss Shirley said our rooms were
Ready. The best beaches on the island, along with top notch beach dudes, and the staff at hemingways make you feel like family. Now we're back in the cold and snowy northeast, counting the days till we can go back to the best resort in Turks.

Ask SteveO809 about The Sands at Grace Bay
2  Thank SteveO809

This review is the subjective opinion of a TripAdvisor member and not of TripAdvisor LLC.
beachgal63
Virginia Beach, Virginia
96
Reviewed February 8, 2015
Just got back!!

We spent ten glorious days at The Sands in a one bedroom ocean view suite. The suite was wonderful, plenty of space and the best part was being able to sit on the screened in porch without the worry of bugs attacking. We spent most of our days at the beach and would then end the day by sitting poolside. We never had a problem finding a great spot at either place. Everyone from the front desk to beach attendants were wonderful. We always had our questions answered and if we needed help with anything, someone always was there for us. We enjoyed eating at Hemmingways and wait staff was outstanding. My husband didn't feel well for a few days and when I would go down by myself to get something to take back to the room for lunch or dinner, they always inquired about him and wanted to know if they could help in any way. We can't wait to go back again next year and hope to have as great a time as we did this year.

This review is the subjective opinion of a TripAdvisor member and not of TripAdvisor LLC.
View more reviews
PreviousNext
1…175176177…384