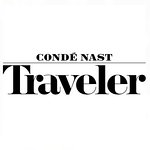 CNTraveler
Contributions 99
Followers 114,244
Following 1
Intro
New York City, New YorkJoined in Aug 2018
At home in the world.
Conde Nast Traveler posted a link
Apr 2019
With an explosion of eye-catching graffiti and murals covering its concrete canvases, Berlin is known as the most “bombed” (that is, "tagged") city in Europe. It boasts the world's largest and longest open-air art gallery (the East Side Gallery), it’s been named a UNESCO City of Design, and construction recently started on the Museum for Urban Contemporary Art, a museum devoted entirely to street art.

East Side Gallery
16,515 reviews
Berlin, Germany
Kreuzberg
436 reviews
Berlin, Germany
Art Cafe Jadore
6 reviews
Berlin, Germany
328 Helpful votes11 Saves37 Reposts
Helpful
Save
Share
Conde Nast Traveler posted a link
Apr 2019
Old-world sophistication. That about sums up Vienna, with its Baroque Schönbrunn Palace and grand Ringstrasse Boulevard. But let’s not forget that some of the greatest rebels against conservatism—Freud, Schiele, Kokoschka—had roots here, which means a trip to this city is a study in both traditionalist and modernist pasts.

Stay Aboard Fingal, a Floating Hotel, on Your Next Trip to Edinburgh

Checking Into a Former Monastery in Tel Aviv: Inside The Jaffa Hotel

The Jaffa, A Luxury Collection Hotel, Tel Aviv
165 reviews
Jaffa, Israel
80 Helpful votes4 Reposts
Helpful
Save
Share
Conde Nast Traveler posted a link
Mar 2019
From the West Village and the Lower East Side to Bushwick and Carroll Gardens, New York City offers an embarrassment of Italian restaurant riches—the best of which we’ve chosen here. Read on for our picks of the best Italian restaurants in New York City, and how best to enjoy them.

The Best Hotels in the World: The 2019 Gold List

9 Best Places to Visit On a Texas Road Trip

Why Helsinki Should Be Your Next City Break in Europe

14 European Cities That Are Even Better in Winter

Machu Picchu Is Wheelchair Accessible for the First Time

Machu Picchu
Sacred Valley, Peru
171 Helpful votes2 Saves9 Reposts
Helpful
Save
Share
Conde Nast Traveler posted a link
Feb 2019
Our guide to the neighborhood, with tips for where to go and what to see.

What To Do in Harajuku: Our Guide

Made Here, Buy Here: What You Can’t Leave Portland Without

A Guide to Eating Your Way Around New Orleans

The best restaurants in Taipei