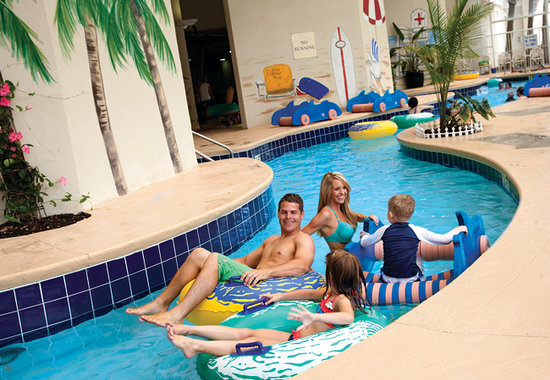 1. Dunes Village Resort
Enter dates to see prices
8,847 reviews
#1 Best Value of 78 Myrtle Beach Beach Hotels
“We booked the deluxe queen Ocean view room and it had plenty of space for my family of 5. My children ages 11, 3 and 1 truly enjoyed visiting the beach and playing at the water park every day and night.” 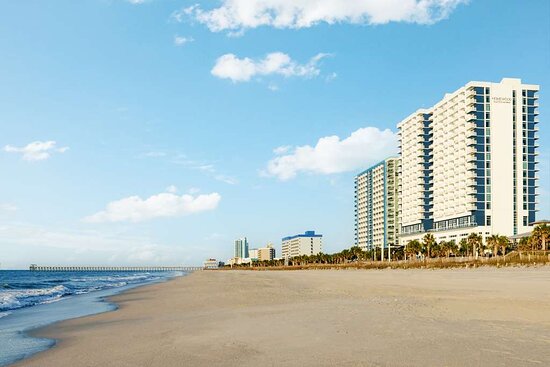 Breakfast included
2. Homewood Suites by Hilton Myrtle Beach Oceanfront
Enter dates to see prices
2,027 reviews
#2 Best Value of 78 Myrtle Beach Beach Hotels
“People were pretty much social distancing on the beach right in front of the hotel and we enjoyed walking along the beach and the boardwalk. We ate outside at a few establishments along the boardwalk.”

Based on your Selection

Myrtle Beach, South Carolina has a year round mild climate for the most part. The city enjoys abundant sunshine year-round with more than 2800 hours annually. The sunny climate, warm temperatures, and warm Atlantic waters make Myrtle Beach one of the most popular resort cities on the East Coast.

The summer season (June through early October) is hot and humid in Myrtle Beach. Average daytime highs are from 83 to 91°F (28 to 33°C) and average night-time lows are near 70°F (21°C).   Summer thunderstorms are common in the hot season in Myrtle Beach, and the summer months from June through September have the most precipitation. In summer, thunderstorms normally build during the heat of the day - followed by brief and intense downpours.

Myrtle Beach has mostly mild winters of short duration: Average daytime highs range from 57 to 61°F (14 – 16°C) and nighttime lows are in the 36 to 38°F (2 – 3°C) from December through February. Winter temperatures vary more than summer temperatures in Myrtle Beach: Some winters can see several cold days with highs only in the upper 40s F (7 - 9°C), while other winter days can see highs in the upper 60s and low 70s F (19 - 23°C). Spring (March and April) and Fall (October and November) months are normally mild and sunny in Myrtle Beach, with high temperatures in the 60s and 70s. The beach season in Myrtle Beach normally runs from late April through late October. SST (Sea Surface Temperatures) are often in the lower 80's (26 - 28°C) off South Carolina in summer and early fall.

The beach season in Myrtle Beach runs from May through early October, and this is when the hotels, roads, and beaches are the most crowded. However, golfing is very popular in Myrtle Beach in fall, winter, and spring. There are several shows and live theaters in Myrtle Beach as well as beach and surfing events. Day trips to nearby cultural sites are also plentiful.