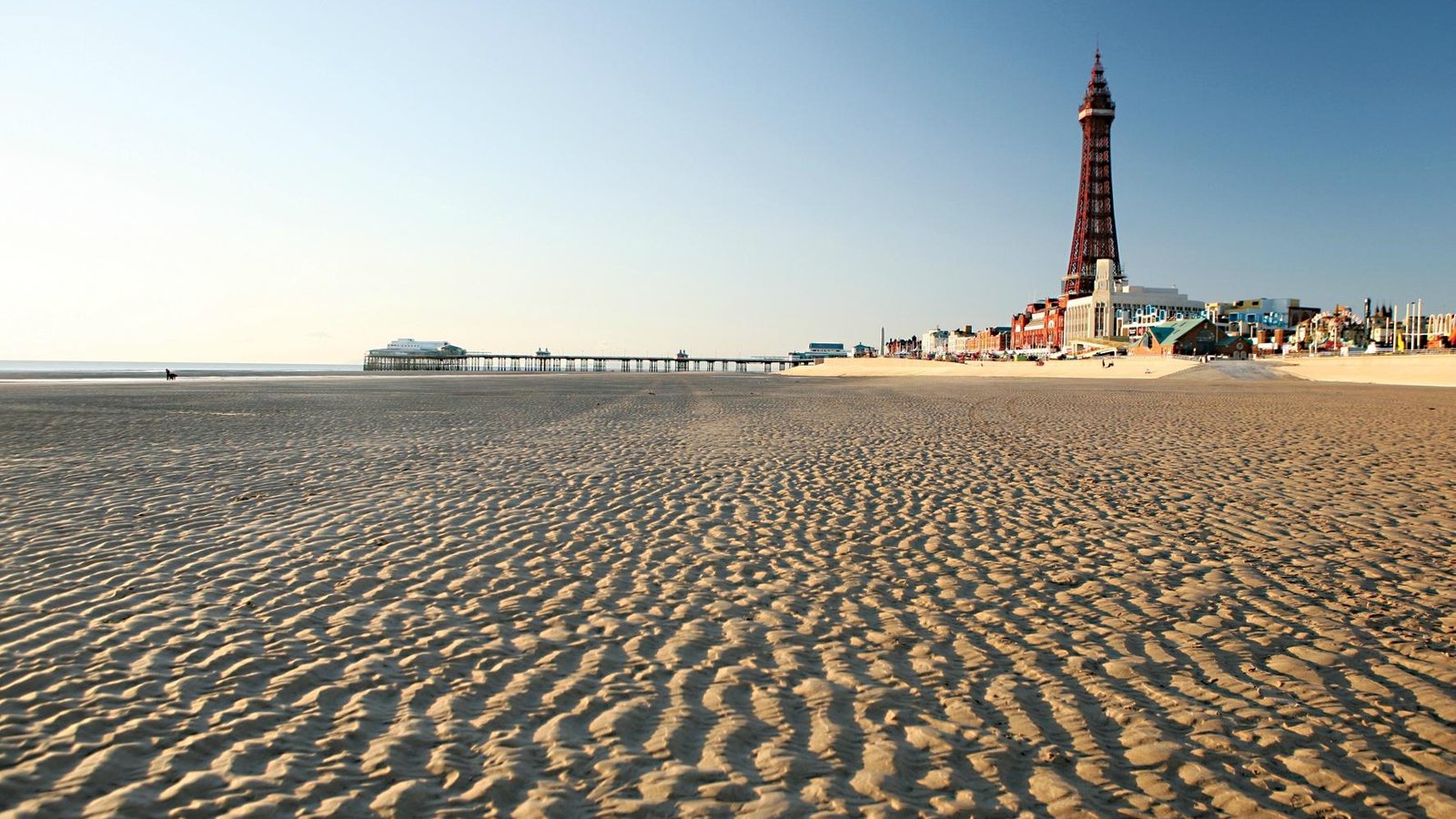 With barely more than seven hours of daylight in December and early January, Blackpool's winter days are wet, cold, and over before dinnertime. But locals don’t let the weather keep them cooped up indoors, and neither should you, so layer up and get exploring.

Travel back in time at the 19th-century Blackpool Winter Garden, still the hottest ticket in town. The ornate opera house, theater, and ballroom host tons of live events throughout the year, including winter.

Thrills aren’t off the list in wintertime. Blackpool’s Pleasure Beach—home to the U.K.’s tallest roller coaster—opens on weekends in February. As a bonus, lines for rides are way shorter than in the summer.

Thousands of visitors pack the streets each year for Blackpool Illuminations, when the seaside twinkles with more than a million lights. Even in crummy weather, the festive displays add a warming wintery glow.

One of the busiest months of the year, March is the unofficial start of high season in Blackpool. Families with students on spring holidays begin to flood the streets at the first hint of warm weather. You may not bust out your swimsuit yet, but the seaside still has plenty to do.

March is one of Blackpool’s driest months, making it a great time to stroll along the seaside promenade and explore the carnival atmosphere on its trio of famous piers.

Fewer clouds this season translates to clear, jaw-dropping views from the top of Blackpool Tower in March and early April.

Mild weather makes it a great time to hop around the historic tram routes that wind their way through the Blackpool area. These streetcars date back 50 to 120 years, and each carves a different circuit through town.

One of England’s most popular beach destinations, Blackpool is jam-packed during the summer months. Sure, there might be a couple of downpours, but those seeking a proper beach getaway don’t mind a handful of rainy days from June through August.

With plenty of blue-sky days and temperatures at their warmest, this is the season to stake out a spot on Blackpool’s beaches.

Families on school vacation should get to know the 1,300+ animals—including a massive tortoise named Darwin— at Blackpool Zoo, which sits just east of sprawling Stanley Park.

Go bar hop from one end of Blackpool’s waterfront promenade to the other with the fun-loving summertime crowd that descends upon the city.

Crowds thin out this time of year as the summer buzz fades, but Blackpool still has plenty to do. And those travelers that don’t mind throwing on a jacket will discover a calmer vibe with more locals in the mix.

Get out of town on a day trip to the Martin Mere Wetlands. October is the best time of year to watch thousands of birds descend upon the area as they return from the Arctic to roost for the winter.

Looking for fall foliage? You’ll find it on full display in Stanley Park, which turns gorgeous shades of copper and gold.

Price trend information excludes taxes and fees and is based on base rates for a nightly stay for 2 adults found in the last 7 days on our site and averaged for commonly viewed hotels in Blackpool. Select dates and complete search for nightly totals inclusive of taxes and fees.
<d