See all things to do
Immigration Museum
4.5
1,520
#42 of 693 things to do in Melbourne
History Museums
10:00 AM - 5:00 PM
Monday
10:00 AM - 5:00 PM
Tuesday
10:00 AM - 5:00 PM
Wednesday
10:00 AM - 5:00 PM
Thursday
10:00 AM - 5:00 PM
Friday
10:00 AM - 5:00 PM
Saturday
10:00 AM - 5:00 PM
Sunday
10:00 AM - 5:00 PM
Visit website
Call
Email
About
Explore Australia's history and culture. Journey through Melbourn's history and explore stories of people who have migrated from all reaches of the world. From the reasons for making the journey, to the impact on indigenous communities, these stories are sometimes sad, sometimes funny, but always engaging. Located in the Old Customs House in the heart of the city - an easy walk from Flinders St Station or Southern Cross (or catch the free City Circle Tram).
Suggest edits to improve what we show.
Improve this listing
Tours & experiences
Explore different ways to experience this place.
What is Travelers’ Choice?
Tripadvisor gives a Travelers’ Choice award to accommodations, attractions and restaurants that consistently earn great reviews from travelers and are ranked within the top 10% of properties on Tripadvisor.
Top ways to experience Immigration Museum
See all
The area
Address
Neighborhood: Central Business District
Full of discovery and delight, Melbourne’s laneways tease the imagination long after you’ve put your weary feet up to rest. They weave through the heart of the city: cafes, bars, restaurants and boutiques, throbbing with conversation and espresso coffee. You never quite know what you’ll find around the next corner: cobblestone alleys, old beer barrel hoists and even vats of simmering organic soup. There is the air of Berlin in the street art, a touch of Paris in the umbrella-shaded cafes and, reminiscent of Rome, eateries tucked away in the most unlikely of places. Perhaps you might want a break and cross the Yarra River to Southbank - walk along the promenade, bask in the sun at a waterside bar and decide whether to go to the nearby casino or book a ticket at the Melbourne theatre company.
Best nearby
Restaurants
5,279 within 3 miles 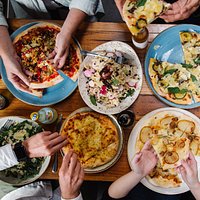 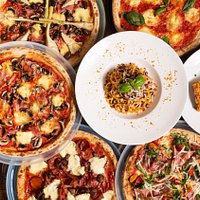 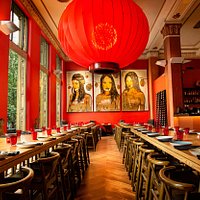 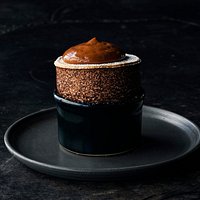 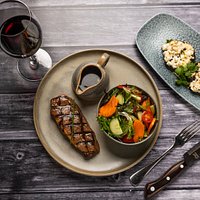 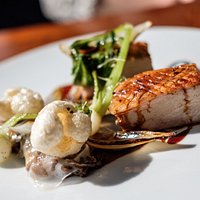 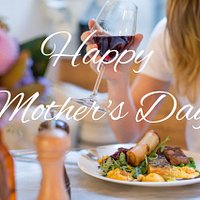 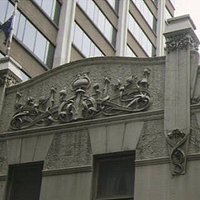 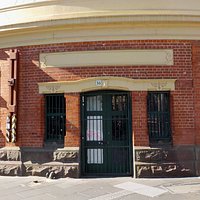 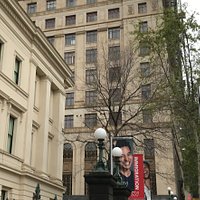 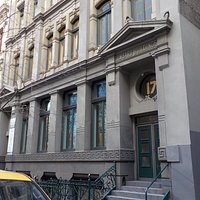 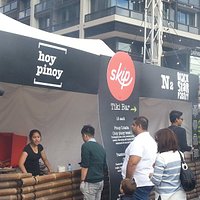 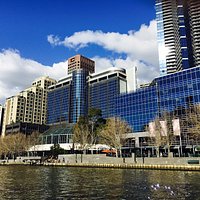 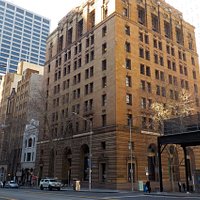 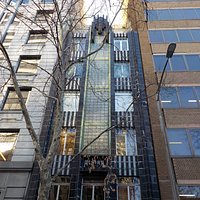 Dimitris L
Sydney, Australia
An experience
Apr 2021
The Immigration Museum is not one of the most interesting museums but it does provide some relevant information about the history of Australia's immigration. There are quite a few different stories that are told. Not a must see, but only if you really want to visit.
Written April 28, 2021
This review is the subjective opinion of a Tripadvisor member and not of Tripadvisor LLC.

chuckymustdie
Disorganised, dull and boring
Apr 2021
Having been to some great museums similar to this overseas, I really wanted to like this museum and I tried but I just can’t. Firstly, it was so badly sign posted that in between rooms, we constantly wondered which way we should be going and there was no map or guide option offered upon entry. The museum has vast areas of unused space and empty rooms that could be utilised for displays or diorama’s or anything like that, but sadly is wasted.

The main room which gives you a rundown of each decade from settlement to the present day was very scant on information, just bullet points really. At no time do they go into any details as to why certain policies and laws were in place, just fact statements. There’s no audio, just a lot of sign reading. You could get all the information given from a few minutes with google.

Some of the other rooms just left us wondering what the hell those displays had to do with immigration at all such as the tram ride simulation which I thought was totally irrelevant but hilarious.

We get back to the ground floor and we’re asking the guy at the front if we had missed something because we’re sure we have. He points us down the corridor to a resource library. My husband was interested in learning more about his family’s immigration. The library does have a lot of books, some comfy chairs and some computers spread around but the computers were all off and there is absolutely no one around to assist you in any way.

There was a group of primary school children in the museum when we were there and I remarked to my husband that they were the quietest, most well behaved group of kids I had even seen inside a museum. I realise now that they were just so bored, they’d all gone off to the happy place inside their heads. Don’t waste your money on this museum.
Written April 24, 2021
This review is the subjective opinion of a Tripadvisor member and not of Tripadvisor LLC.

Paige
County Dublin, Ireland
Great to learn about people’s past immigration journeys
Feb 2021
We had moved to Australia just before the pandemic hit, I know great timing right....so it high on our list to visit this museum, to see the footsteps others had taken before us. Interestingly there was some covid content if relation to immigration which I found interesting.
Written March 21, 2021
This review is the subjective opinion of a Tripadvisor member and not of Tripadvisor LLC.

TURNERO
Napier, New Zealand
Great rainy day place
Jan 2021
To be honest, we wouldn’t normally have picked to come here, but our hotel concierge really pushed it. Glad she did. It was great.
Written January 28, 2021
This review is the subjective opinion of a Tripadvisor member and not of Tripadvisor LLC.

Swisshen
Melbourne, Australia
Fascinating Insight
Dec 2020
Housed in the beautiful Customs House, make sure you look at the impressive Long Room on your visit.
The Museum offers a fascinating insight to many aspects relating to the subject of immigration. Individual stories of people who travelled to Victoria. To the changing face of peoples perceived ideas of immigrants. You can also play the entry game with immigration questions and check out if you would pass or not.
Make sure you book your tickets before hand as visitor numbers are limited.
Written December 16, 2020
This review is the subjective opinion of a Tripadvisor member and not of Tripadvisor LLC.

Mark G
Melbourne, Australia
2nd time back... still interesting
Dec 2020
2nd time here and still interesting. There are a lot of exhibits that will reward spending a bit of time at. Some of the displays were even updated for Covid.
Written December 6, 2020
This review is the subjective opinion of a Tripadvisor member and not of Tripadvisor LLC.

Jeffry b
Essendon, Australia
We all came from somewhere else
Jul 2020
In 1914, when the ANZAC spirit was being forged at Gallipoli, Australia's population had not even reached 5 million. Now Australia's population is 25 million. The people who made up the difference came frrom somewhere else. This museum opened in 1998. It is housed in the old Customs Building in Flincers Street. . Its main display area is the Long Room. This space is constructed according to a Renaissance Revival design. . The Museum has audio-visul and static displays., as well as visiting exhibitions. It's well worth spending an hour or two here.
Written July 27, 2020
This review is the subjective opinion of a Tripadvisor member and not of Tripadvisor LLC.

AddrianaM
Parramatta, Australia
New learning experience
Dec 2019
I was very surprised to find out that Melbourne has such a museum. When I got there, I was very surprised to see how much amazing information it contains. I learned a lot of new things. I definitely recommend it.
Written April 7, 2020
This review is the subjective opinion of a Tripadvisor member and not of Tripadvisor LLC.

Gordon R
Bathgate, UK
Very interesting museum
Mar 2020 • Couples
I enjoyed this museum which took about an hour and a half to do.
It gives a great insight in to the history of immigration in Melbourne and an understanding of why the modern city is so diverse.
Written March 16, 2020
This review is the subjective opinion of a Tripadvisor member and not of Tripadvisor LLC.

Rascall C
Melbourne, Australia
Worth a look indeed
Mar 2020
This former customs house hold artifacts from a bygone time when immigration into Australia was at its peak. With archives of those who settled on its shores - we found relatives who arrived here over 60years ago. The museum promotes equality and provides education programmers too.
Written March 16, 2020
This review is the subjective opinion of a Tripadvisor member and not of Tripadvisor LLC.
2
…
138
Showing results 1-10 of 1376

linnylovesmango
Manchester, UK
Re senior citizen, do you need special identification/card for it?

john m
West Sussex, UK
Good question! We were asked if we qualified for a senior concession, but I don't remember showing proof. Perhaps a youthful-looking pensioner would need to.
Read all replies

Lina M
Rome, Italy
What is meant by “marginalised groups”?

Jeffry b
Essendon, Australia
"Marginalised groups" are groups who are rejected by society
Read all replies

Dale M
Tullamarine, Australia
10 am to 5pm all week
Read all replies

Beattie999
Dandenong, Australia
Hello K Gane, it looks like your question has been answered, except to say that children are also free to enter. and as previously stated Concession Card holders are also free. It is open almost every day of the year from 10am to 5pm. It is a very moving experience, especially for those who have chosen to make Australia their home and even for those who were born here. Enjoy
Read all replies
View all
Also popular with travelers
See all
Anything missing or inaccurate?
Suggest edits to improve what we show.
Improve this listing
Frequently Asked Questions about Immigration Museum