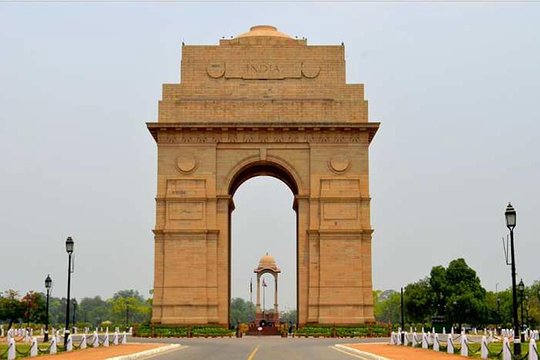 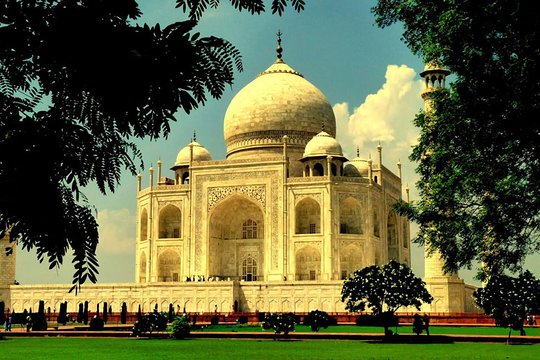 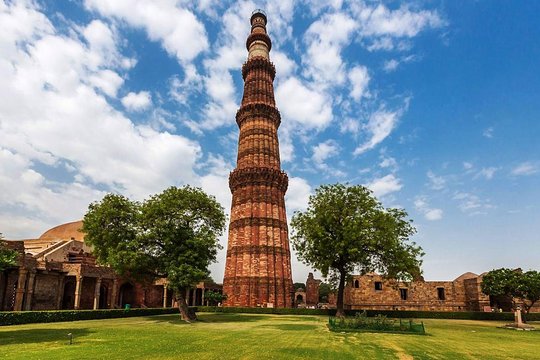 No meals included on this day.
Accommodation included: Overnight stay in Agra Hotel

Stop At: Taj Mahal, Dharmapuri, Forest Colony, Tajganj, Agra 282001 India
The Taj Mahal draws visitors from all over the world The principal reason for almost everyone’s visit to Agra is to see the Taj Mahal, and its legendary beauty continues to attract more visitors than virtually anywhere in India. bathing in The golden light at sunrise creates magic on the white marble dome. Don’t miss to capture the photo of Taj Mahal at Sunrise Time during your trip.

Stop At: Taj Mahal, Dharmapuri, Forest Colony, Tajganj, Agra 282001 India
After the visit of Taj Mahal During sunrise return to your hotel for Breakfast. After breakfast, check out and visit Agra Fort and fatehpur Sikri.

Stop At: Agra Fort Rakabgani, Agra 282003 India
Agra Fort is one of the biggest forts in India, it has lot to share with its visitors. It is also an UNESCO World Heritage site. The halls, gardens, palaces are the main attractions to see in this fort. It is said that Emperor Shah Jahan was kept captive in one of the rooms of this fort in his last days by his own son. Spending some time in this fort could be worthwhile and gives a royal feel and experience.
Duration: 1 hour

Stop At: Fatehpur Sikri, Fatehpur Sikri, Agra District, Uttar Pradesh
Fatehpur Sikri is a small city in northern India, just west of Agra, founded by a 16th-century Mughal emperor. Red sandstone buildings cluster at its center. Buland Darwaza gate is the entrance to Jama Masjid mosque. Nearby is the marble Tomb of Salim Chishti. Diwan-E-Khas hall has a carved central pillar. Jodha Bais Palace is a mix of Hindu and Mughal styles, next to the 5-story Panch Mahal that overlooks the site.

Stop At: Amber Fort Palace, Jaipur 302021 India
After Breakfast, Checkout from your hotel at 08:00 a.m and head towards Amber fort also called as Amer fort.
Amer Fort is a fort located in Amer, Rajasthan, India. Amer is a town with an area of 4 square kilometres located 11 kilometres from Jaipur, the capital of Rajasthan. Located high on a hill, it is the principal tourist attraction in Jaipur
Duration: 2 hours

Stop At: Jal Mahal, Amer Road, Jaipur 302002 India
Jal Mahal is a palace in the middle of the Man Sagar Lake in Jaipur city, the capital of the state of Rajasthan, India. The palace and the lake around it were renovated and enlarged in the 18th century by Maharaja Jai Singh II of Amber
Duration: 30 minutes

Stop At: Hawa Mahal - Palace of Wind, Hawa Mahal Tripolia Bazaar Road Badi Choupad, J.D.A. Market, Pink City, Jaipur 302002 India
Hawa Mahal is a palace in Jaipur, India. It is constructed of red and pink sandstone. The palace sits on the edge of the City Palace, Jaipur, and extends to the zenana, or women's chambers. The structure was built in 1799 by Maharaja Sawai Pratap Singh
Duration: 1 hour

Stop At: City Palace of Jaipur, Tripolia Bazar Near Jantar Mantar, Jaipur 3023002 India
City Palace, Jaipur, which includes the Chandra Mahal and Mubarak Mahal palaces and other buildings, is a palace complex in Jaipur, the capital of the Rajasthan state, India. It was the seat of the Maharaja of Jaipur, the head of the Kachwaha Rajput clan
Duration: 1 hour 30 minutes

Stop At: Jantar Mantar - Jaipur, Tripoliya Bazaar near entrance to City Palace, Jaipur 302020 India
The Jantar Mantar monument in Jaipur, Rajasthan is a collection of nineteen architectural astronomical instruments built by the Rajput king Sawai Jai Singh II, and completed in 1734. It features the world's largest stone sundial, and is a UNESCO World Heritage site. It is located near City Palace and Hawa Mahal.
Duration: 1 hour

Traveler pickup is offered
Our Driver will meet you and pick you from your hotel lobby or airport in Delhi/NCR.
Duration
3 days
Return Details
Returns to original departure point
Inclusions
Exclusions
Show More
Additional Info
Cancellation Policy
All sales are final and incur 100% cancellation penalties.

sabrinakayy
20
So professional!
Everything was tip top from start to finish. Bantu the driver, Harshika the Agra tour guide and Gaurav the guide…
Read more

IncredibleEC
11
Agra Fort
Anshu Singh is a very good Tour Guide. He took me with his Bike from Taj Mahal to Agra Fort. His historical…
Read more L L
Hurstville, Australia
22
2018...in Agra with Manish.
Manish, our guide, likes sharing about his country's rich heritage. As a local in Agra, his insights helped us…
Read more

Gopidas C
11
Trip to Agra
All good, it was very helpful with the guide. Only the weather was too not in July. Pls take hats and umbrella…
Read more