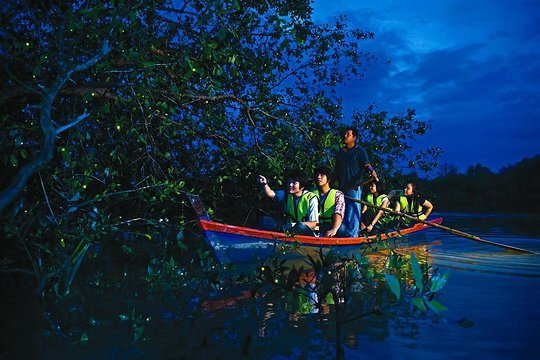 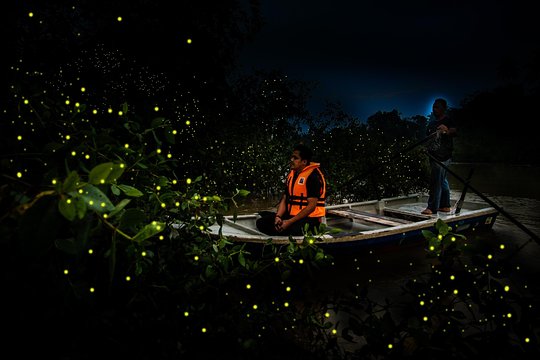 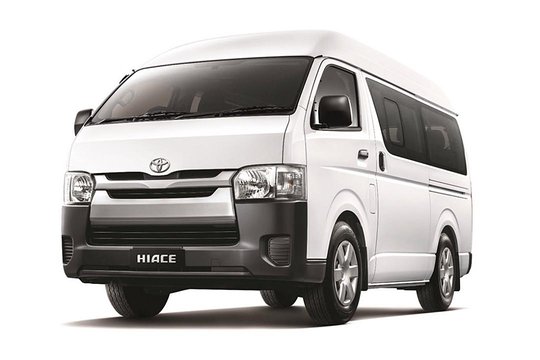 This product is unavailable to book via TripAdvisor. Contact the supplier for availability.
From
$89.38
Free Cancellation up to 24 hours in advance
Low Price GuaranteeNo Booking Fees
Overview
Kuala Selangor is one of the few places in the world where visitors can watch the synchronized flashing of the fireflies.

One of the state’s best-kept secrets, the fireflies colonies at Kampung Kuantan and Kampung Bukit Belimbing are a rare natural phenomena. These tiny insects live on berembang (Sonneratia caseolaris) trees that grow in the brackish waters. Enjoy a boat ride along the river to watch this enchanting display.

Enjoy a delicious seafood dinner & Boat-ride.
What to Expect
Itinerary
This is a typical itinerary for this product

Pick-up from any Hotels / Apartments / Guest House & Residence in Kuala Lumpur City as per customer's request.

Sri Shakti Temple is the only temple in the world where manifestations of all 51 Shaktisare installed. Consciously interspersed within this space are 96 carved pillars that depict the 96 universal principles of Hinduism. Encircled by a huge decorative wall, entrance into the temple is via a magnificent Raja Gopuram (multi-tiered tower). Soaring to a height of 74 feet, the 5-tiered Raja Gopuram is a proud proclamation of the architectural treasures within.

The lighthouse is located at the highest point of Bukit Melawati where visitors can enjoy the panoramic views of the Straits of Malacca. It was built in 1907 and started to serve for navigation purposes since 1910. Due to its strategic location, it was also used to monitor the Strait of Malacca. It was named after a Dutch General and was widely used during the British colonial-period.

This ancient fort was constructed in the late 18th century during the reign of the second Sultan of Selangor. It later yielded to the Dutch cannons. The site is preserved with the original foundation stones, cannons as well as a fabled execution block. Visitors can enjoy a panoramic view of the coastline from the hill.

The Hill of Melawati is also home to the Silver-Leafed Monkeys and Long-Tailed Macaques. You can purchase peanuts from vendors around the area at Bukit Melawati and feed the monkey. Although the Silver-Leafed Monkey are generally quite gentle, visitors are advised to be cautious with the Long-Tailed Macaques as they can be highly mischievous. Just be careful when feeding them as they are considered wild creatures and can be dangerous when provoked.

Kuala Selangor is a small coastal village northwest of Kuala Lumpur. The village is renowned for the great attraction alongside the Selangor River that runs through the village. On this river you can spot the famous fireflies (Kelip-Kelip in Bahasa Melayu) during evenings/nights. The fireflies all are found on the mangrove tree species called berembang. It is said that this is one of the biggest firefly colonies in the world. If you want to check out the fireflies yourself.

Fireflies are also known 'Lightning Bugs' and they shine brightly at the night to attract a suitable partner. Apparently, they are able to shine during the day too but humans then cannot see it. They are only seen at night in and along the 'Berembang' trees along the Selangor River. We could not spot any in the palm trees or any other trees for that matter. Often their flashing becomes synchronized, the overall effect is just like the twinkling lights of a Christmas tree. A trip along the river banks at the Selangor River at night is truly magnificent, and definitely a great attraction that should not be missed.

There are a couple of nice restaurants where they mainly serve fresh seafood. Restoran Kuala Selangor is where we enjoyed a very nice local meal at Pasir Penambang (1A, Jalan Bagan Sungei Yu). You can stay overnight in the village of Kuala Selangor or at the chalets at Kuala Selangor Firefly Park.

mjsharp66
Sacramento, California
6311
Great View...,
Worth the admission, make sure you include the Skybox and Restaurant visit when purchasing the Ticket - 360 degree…
Read more

SingapuraGirl
Singapore, Singapore
10
Putrajaya Tour
Satisfactory besides the fact that we had to ask 3 times for the details such as the car number and driver's name.
Read more 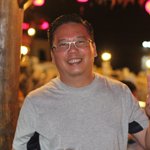 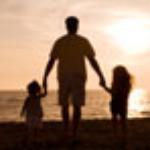 familyoffoursyd
Sydney, Australia
2920
Reliable and efficient
Corresponded via Whatsapp soon after collected the luggage. There were only minutes of waiting given how…
Read more