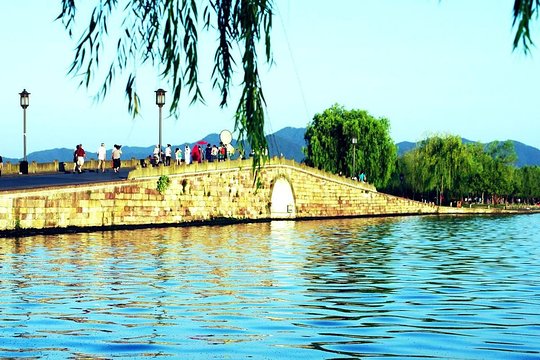 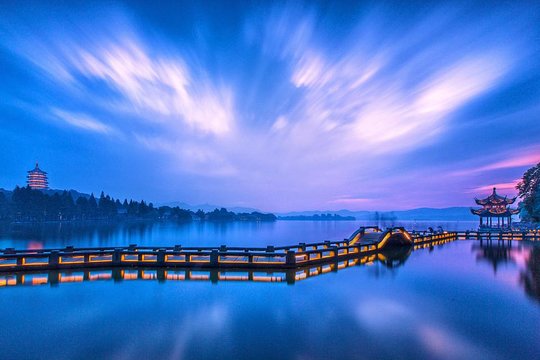 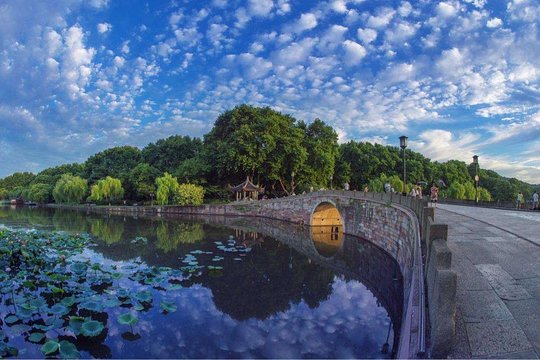 Select Date and Travelers
From
$154.00
(Price varies by group size)
Date
2 travelers
Free Cancellation up to 24 hours in advance
Reserve Now & Pay Later
Low Price Guarantee
Overview
What to Expect
As we all know legend is not real but the reality is that any story where love is concerned can touch your heart, making something fairytale-like seem truly unbelievable.Take this Hangzhou Day Trip of Love with our hangzhou professional tour guide.You will find out!!!

Xiling Bridge. Of the three, Broken Bridge enjoys the greatest reputation, as its appearance when covered in snow resembles a 'Broken Bridge'. It is also the platform where Xu Xian and White Snake, two legendary figures, met and departed. Returning to the bridge after she was rejected, White Snake sang in true operatic style "The Bridge is not broken, but my heart is".

Xiling Bridge is the most sentimental of the three as it is lovingly and loyally associated with Su Xiaoxiao, a literary figure who was regarded as beautiful as a lotus growing on the West Lake. It was on Xiling Bridge that Su Xiaoxiao met the love of her life, a rich boy named Ruan Yu. However after marrying her, Ruan Yu soon abandoned her for his father, which led to Su Xiaoxiao dying of a broken heart.

Yanggong Causeway with its 'Breeze-ruffled Lotus at Quyuan Garden', Flower Nursery, Maojiabu, Turtle Pool, Yihu Bay and 'Viewing Fish at Flower Pond', one of the most serene and romantically positioned avenues to border the tranquil waters of the West Lake.

After lunch, drive to

Wansong Academy. Wansong Academy during the 13th-20th century was the master of all academies and at that time was also the largest and most influential school of its kind. Despite the record number of scholars who studied here, Wansong Academy is most famous for teaching Liang Shanbo and Zhu Yingtai, two mediocre students who poetically speaking became known as the Chinese equivalent of Romeo and Juliet.

Yuanyuan Folk Park. Yuan in Chinese can mean "predestined relationship," and the park is famous for parental matchmaking. Hundreds of middle-aged parents post profiles of their children on walls and trees in the park, asking each other for their child's gender, age, career and hobbies, and listing phone numbers for further contact.

Yue Lao Temple is dedicated to this matchmaking god. Although it is quite small, legend has it that it is very effective and as a result it is crowded with people praying for relationships and marriage. In the center of the temple stands a golden statue of Yue Lao. Under the statue, there are several boxes containing objects for drawing lots to determine the fate of relationships, marriages, fortune and offspring. From those boxes one can draw lots, inscribed with a number.

At the end, drive you back to your hotel or the Hangzhou Train station and your Hangzhou Trip ends.
Show More
Important Information
Departure Point
Traveler pickup is offered
Pick up service is arranged at Hangzhou train station or Hangzhou downtown hotel.
Duration
6h
Inclusions
Exclusions
Show More
Additional Info
Cancellation Policy
For a full refund, cancel at least 24 hours in advance of the start date of the experience. TSY89
74
Great day out!
The tour organisers were really accommodating of our changes in timing and we all had a wonderful day out of the…
Read more

biancarama
Sydney, Australia
113
Day trip to Hangzhou from Shanghai
Private tour for the two of us with Tommy! We were picked up from Hangzhou East Station and taken to all the main…
Read more 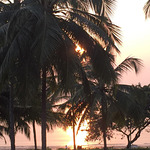 Scottannan
London
14335
City tour with Bonnie
Bonnie and Mr Yellow our driver collected us @ The Park Hyatt ahead of time. We had a wonderful first day in…
Read more

preeteb
30
Private tour: Ultimate Hangzhou
Hangzhou is a beautiful city and a must see destination if traveling to China. It was one of my favorite…
Read more

sungSunarto
Hangzhou, China
20
Good day tour in hangzhou with tommy
Very nice and very helpful tour guide, I very recommend everyone family with kids, want to have a tour in…
Read more

Markbkk84
10
A fantastic day in Hangzhou
We had a fantastic day from Shanghai to Hangzhou by the fast train ride. Our guide David was very friendly,…
Read more

seasontraveller5000
10
Awesome guide
We were very happy to be able to visit Hangzhou, Westlake and to catch the impressions show. Our guide Sharon Ye…
Read more

Fel409
Singapore, Singapore
30
Private Group Tour - very well organised
Nancy was excellent. Firstly, this Team have been very responsive and very honest from the start. I had to…
Read more