Day Excursion To Hampi From Hospet With Lunch
By: SITA World Tours

Save
Share
Overview
What to Expect
You will be picked up from your hotel in Hospet and driven to the ancient town of Hampi, which is just 10 miles from Hospet.

Once there, start your visit with the magnificent 15th Century Virupaksha temple. The temple is carved in stone and its walls and pillars are decorated with sculptures that depict scenes from Shiva’s life and episodes from the Hindu epics of Ramayana and Mahabharata. The outer pillars of the temple are said to produce music when tapped.

Another temple famous for its magnificent architecture is the Vittala Temple. A giant chariot carved out of stone stands on the grounds of the temple complex. The temple has several pillared halls. The intricate carvings on the walls of the temple depict stories from Hindu mythology, the military conquests of King Krishnadevaraya and the daily life of the citizens of this glorious Empire.

Visit the 14th century underground temple dedicated to the Hindu God Shiva. The temple remains submerged in water for most part of the year. The reason why the temple was constructed several feet below the ground level is still not known.

After lunch explore the area around the Old Bazaar and the Royal Center. Visit the old scaffold and the King’s balance on which the Kings of the Vijayanagar Empire were weighed in gold, silver and precious stones that were then distributed to the poor. The elephant stables are another interesting sight amidst the ruins. Visit the Lotus Mahal, the Watchtower, the Queen’s Bath, Mahanavami Dibba (a giant 3-storeyed royal platform), Aqueduct, the Secret Chamber, the King’s Audience Hall and the open shower.

At the end of the tour, you will be driven back to Hospet and dropped off at your hotel.
Show More
Important Information
Departure Point
Your hotel in the city of Bangalore.
Departure Time
9:00 AM
Duration
8h
Return Details
Same as departure location.
Inclusions
Exclusions
Show More
Additional Info
Cancellation Policy
For a full refund, cancel at least 24 hours in advance of the start date of the experience.
0Reviews1Q&A

Write a review
About the operator 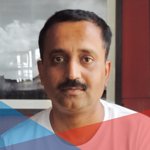 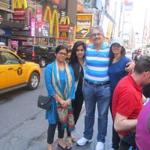 asoomaurya
New Delhi, India
134
An evening full of fun
The light and sound show of amber fort is simply spectacular. It has two show timings 6:30 to 7:30 in English and…
Read more 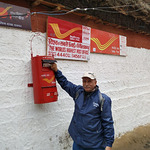 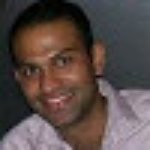 Puneet G
Gurugram (Gurgaon), India
273
Surely should visit once
Visited chowk dhani for dinner and overall a good place to spend time with family. You should go once for sure.
Read more

NM19-FUN
152
Shhh...... ..no words seriously
Isha yoga center is a place where you go to receive grace. There are many courses being conducted which one may do…
Read more

Bhalender Singh N
Noida, India
143
Reunion follow up
Great experience, tops in hospitality with a freshness of its own. The tents were very comfortable. Great choice…
Read more 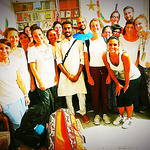 Anabeebees
Shanghai, China
171
Highly Recommend Anil
We came to Delhi in the middle of political instability and we were worried about the safety of Red Fort because…
Read more

adneyadeodhar
Bentonville, Arkansas
11
Awesome guide!!
Myself and my wife went for a honeymoon to Havelock. We met an awesome guide Mr. Gopal. His number is +91 95319…
Read more